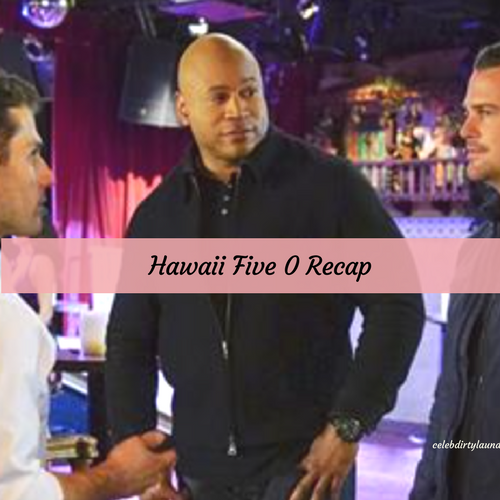 Tonight on CBS NCIS: Los Angeles returns with an all new Sunday, April 9, 2017, season 8 episode 20 called, “From Havana With Love” and we have your weekly NCIS: Los Angeles recap below. On tonight’s NCIS Los Angeles episode, as per the CBS synopsis, “The NCIS team investigates a defense contractor, who is designing a nuclear attack weapon, after her estranged husband says he has proof she is selling Navy secrets to a foreign government. ”

NCIS: LA begins tonight with a man sitting at a bar, he is inquiring about a drink, when the bartender asks if he has a match, as he stands up to retrieve a lighter, he is shot in the back; the bartender scurries away.

Marty Deeks (Eric Christian Olsen) is going through Kensi Blye’s (Daniela Ruah) phone, downloading an app. Deeks and Kensi are at odds over which sex speaks more in a day, they are going to settle it with a word counting app. Sam Hanna (LL Cool J) says he is betting on Kensi. Eric Beale (Barrett Foa) comes down the stairs revealing they have a case on deck.

Nell Jones (Renee Felice Smith) replays the video from the nightclub, the man shot was a tourist from Ohio, but they believe the real target was bartender, Victor Larmont (Lou Ferrigno Jr). His connection to the Navy is his estranged wife works in the computer graphics department at NXRD, a defense contractor.

Callen and Hanna arrive at the nightclub, where they learn the shooter was conveniently off camera and disappeared into the crowd. The nightclub hasn’t been shut down for business because they never have trouble before, the detective tells them if they need him, let him know.

Victor shows them a text he got from Rebecca that he believes shows she is selling military secrets, Callen and Hanna try not to laugh when they see it only says, “Meet me in the North Stairwell,” he then says she just got a Porsche, something she could never afford unless she was selling those secrets.

Kensi and Deeks are told to put their phones in lockers at Rebecca’s work, but they may keep their weapons. Deeks desperately keeps his talking to the minimum, so Kensi is stuck asking all the questions. They learn Rebecca hasn’t done anything suspicious from a co-worker. Rebecca is shocked to see them and even more appalled that Victor would contact them about her mishandling classified information.

She says this is his revenge on her because he couldn’t get spousal support from her. Suddenly the alarm sounds to close all classified files, Rebecca says someone caused a security breach. It turns out to be Victor, pretending to be a pizza delivery man. He serves Rebecca with court papers.

Back at NCIS quarters, Kensi says if this word count is going to be accurate, Deeks needs to talk like her usually does. He grunts, saying he is going to win this. Deeks and Kensi enter the interrogation room where Victor is.

Deeks tells him he cannot serve his own papers, it is not legally binding. He says Rebecca is lying about her income, and heartless. He reveals that Rebecca is all about money, and if dating investment bankers isn’t working out, he feel she would sell government secrets to plump up her bank account.

Just as Callen and Hanna are leaving to take a closer look at Rebecca, Nell and Eric have breaking news for them. Eric informs them that Victor’s nightclub is a hang out for Cuban ex-patriots living in LA. Eric also shares that Rebecca’s new Porsche is financed by Alonzo (Ivo Lopez).

Alonzo says Rebecca is his girlfriend, in fact, he plans on proposing to her soon. They have been together for over a year and he is only waiting for the divorce to be final to pop the question. Alonzo admits he hasn’t been to Cuba in a long time because he fled the country when he got tired of Fidel’s promises. When asked, he says he has never been to Victor’s nightclub; he has never met Victor but hears he is desperate for money.

Deeks and Kensi return to the nightclub, the lie to Victor, saying Kensi is going to audition for a dancer. Perez Bianco (George Akram) tries to brush her off, but changes his mind giving her one minute to prove she can dance. She shows him she can really move and he hires her; Deeks gets the job as Men’s bathroom attendant.

Kensi goes to the back of the club to find an outfit, but breaks into a room that says “private”, another woman catches her going into the room, but quietly walks by. Kensi finds some old CB radios running in the room, she quickly takes photos of them.

Hetty Lange (Linda Hunt), Sam Hanna and Callen are talking about the ham radio, she tells them to never underestimate the power of short-wave radio. She says anyone can hear it, but not everyone understands it. She plays them a recording from the 70s of coded messages being transmitted from Havana to spies in Miami.

Hetty explains that the KGB trained thousands of Cuban spies before the fall of the USSR; they are free agents and able to gather intelligence and sell it to the world’s highest bidder. Hanna says nuclear submarine plans would be a big ticket item, and they need to monitor everything transmitting from the club.

Callen and Hanna go to visit Rebecca, who is photographing birds. They question her about Alonzo, she denies telling him anything and said she would leave him if he asked her about her work stuff. She says maybe Victor could have access to the classified files since he has gotten into her computer and deleted her AMC account.

Callen and Hanna agree that it could be Victor, who could make a fortune on the classified information and the blame would be on Rebecca. Callen suggests he may have staged the shooting to make him look like a victim instead of a suspect. Hanna says Kensi and Deeks can check that theory out.

At the nightclub, Kensi continues to dance with Perez but Deeks interrupts them talking about Costco and the items he purchased. Perez tells him to go and stop wasting his time. In the locker room, Deeks finds a hard drive in Victor’s locker; he breaks into Perez’ locker and finds nothing. There is an empty locker with a pad of paper, Deeks shades the pad with a pencil and discovers letters in code.

Alonzo runs into Callen and Hanna in underground parking. They confront him on meeting with Perez in front of the nightclub although he said he had never been there. He says he is Perez’ physician and he is not obligated to tell them about it.

When they threaten to shadow him all day, he says Perez has a bad disc in his back and needed some medication, which he brought to him. Callen spills his coffee on Alonzo so Hanna can place a tracker on his car.

Eric says Hetty is excited about the “one-time pad”, which is used to translate number stations. Nell tells them they can test it on the next broadcast from the club. Deeks wants Eric to check Kensi’s phone to see if her word count is higher than his. Eric refuses, just as he is about to tell then about the hard drive, Victor comes to throw out the trash. Deeks notices a IED in the garbage bin, jumping on Victor to save his life.

Eric says the IED was gun powder in a water bottle, not lethal at all and no suspicious activity outside the club either. The hard drive had nothing on it, it had 3 folders, 100’s of recipes, canine invoices as he is a dog walker and a journal.

Deeks releases Victor saying he might not need any more protection; Victor protests saying someone tried to kill him twice. Deeks says the bullet was above his shoulder and the bomb was made for cuts and bruises; Deeks suggests that maybe he is doing these things to himself. Victor finally admits the bad guy is Perez, he owns the club. Victor mentions money laundering and extortion.

Nell, Hetty and Eric explain the one-time pad to Callen and Hanna. They are certain this pad is today’s codes. Deeks and Victor are getting ready for the club, Victor offers Deeks a salsa lesson since he cannot dance. Deeks says it feels awkwardly intimate.

Perez brings flowers to Kensi, and slowly draws his fingers across her body; he is getting very close to her, grabbing her asking if she feels the chemistry. Kensi manages to hold him off until after their dancing.

Meanwhile, Callen and Hanna find a time and place they feel could be an exchange site. They watch the cameras where Rebecca works and discover that she has hidden the submarine plans in her artwork. When they arrive at her work, she mysteriously isn’t there, they find all her drawings are gone from the wall. Callen says in an hour, they could be in enemy hands.

Hanna and Callen are waiting at the site when a car arrives, two Asian males exit the car. Alonzo arrives with Rebecca’s art portfolio; the 2 men bring forth a suitcase. Kensi is busy dancing at the club, keeping Perez busy but in the alley, gunfire erupts when Callen yells out, “Federal Agents!”

Alonzo yells and Perez has an ear piece, he hears that everything has gone wrong and he says, “what a waste.” Callen and Hanna find more than 4 million dollars and a tied up Rebecca in the trunk. Alonzo pulls a knife on Kensi who takes him out before Deeks can save her. He says he may as well return to his tip jar but asks her to hold onto the red dress.

At the end of the night, Callen wants to know who spoke the most words. Deeks has 14, 962 and Kensi opens hers and its letters instead of numbers. It is Deeks asking her to dance with him. He turns on the music and lights. Deeks says Eric and Nell helped him screw up her app, even though she won. He shares that Victor taught him some moves. He gets a charlie horse and drops Kensi on the floor.