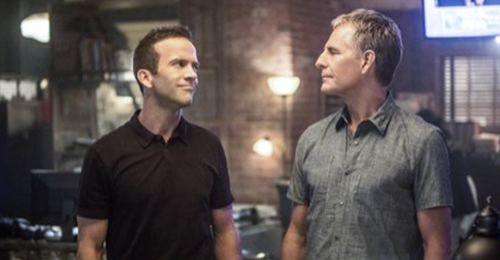 Tonight on CBS NCIS: New Orleans returns with an all-new Tuesday, September 26, 2017, season 4 episode 1 called, “Rogue Nation,” and we have your NCIS: New Orleans recap below. On tonight’s NCIS: New Orleans Premiere episode as per the CBS synopsis, “Season 4 begins with Pride still on probation six weeks after his rogue takedown of the corrupt Mayor Hamilton. Meanwhile, the team investigates an FBI case involving a stolen big rig of nuclear waste, unbeknownst to their new by-the-books supervisor.”

Things have changed! While Pride was able to clear his name and arrest Mayor Hamilton, he found himself in some trouble with HQ. HQ had wanted Pride to follow procedures and so they had given a promissory letter they expected him to sign that said he would act within the lines rather than do things on his own. But Pride refused to sign the letter. He said he shouldn’t have to and he was unfortunately put on administrative leave because of it. So Pride was no longer leading his team. He was off at his bar trying to put everything together while his people were taking orders from Special Agent Boyd.

Boyd wasn’t a bad person. However, she was a stickler for forms and had the team filling every form humanly possible because she had brought in to set them straight. NCIS had gotten a nickname for being rule breakers and so HQ wanted Boyd to set the team on the right path. So she followed rules and she pushed the team to do so on case. The case had been some kind of heist involving a military rig yet the people that had stolen it had cleaned the right out and left it abandoned near highway that just so happened to be closed that evening. And so the team realized that whoever was behind the heist must have been local.

The fact the thieves were able to get to the rig and clean it out without any witnesses or cameras watching the scene meant they had first-hand knowledge of New Orleans. Yet, there were a few other things that NCIS picked up. Sebastian had gone out to the abandoned rig and he had gotten a sample of some dust that was left over. So Sebastian tested it and he found out that it was nuclear waste, but Boyd had also gotten that answer from DHS. DHS had been following some chatter from known Isis affiliates and they believed a city on the west coast was going to attacked. Except they didn’t it would be New Orleans.

DHS and the FBI eventually took over NCIS’s office because they were the ones that dealt with terrorists. But Boyd was the one that allowed that to happen. She told the team to stand down seeing as the situation was out of their jurisdiction though she and DHS ignored most of the evidence that NCIS had gathered. The team found out that nuclear waste was going to be turned into a dirty bomb and they suspected it would be used in New Orleans. The terrorists were homegrown and they weren’t familiar with the weapons they used. They had apparently shot at everything rather than directly aim for the rig drivers or the armed escort following the rig.

Though DHS most of all were using their resources to check out all exit points because they just wouldn’t get off the idea that the terrorists were going to head to either Houston or Dallas. So LaSalle soon had enough of following the rules and he told the rest of the team that they should do what Pride would want. Meaning they should continue their own investigation and following their original leads however Percy and Gregorio soon hit a snag. The ladies had checked out a trust fund kind named DeLeone because one of the cars that had highjacked the rig had been parked in front of his building and he was the only one that proved to be suspicious.

DeLeone had gotten into some trouble over the years and that meant he was their chance at finding the dirty bomb. However, the women barely had a chance to ask him questions before he freaked out. He closed the door on them right away and they had been forced to break it down, but what truly proved he was guilty was the fact he turned his automatic weapon on them. So the agents had had to shoot him else he would have shot them. And so Percy and Gregorio decided to steal his laptop before they reported the incident to DHS and that had later helped them out what with Plame seeing looking through it.

So the LaSalle decided to break another rule. He had talked to Wade and she had talked to acting mayor. Mayor Taylor wasn’t like Hamilton. She had wanted to clean up the city and root out the corruption yet she didn’t know if she could trust Pride and so Wade had truly talked her into meeting with him. Pride was one of the few people that could figure out where the bomb was and how they were going to set it off. So Mayor Taylor had put aside her misgivings and had asked Pride to help the city. She said that she knew how much he loved the city and he would never allow anyone to destroy it all.

Which was true! Pride may have not signed the letter though he wouldn’t leave his team or his city to suffer because of it. So Pride brought a team together. He had his people from NCIS and he had Captain Estes of the New Orleans Police Department meet him at his bar after hours to investigate the case. And so Plame moved things along. Plame had figured out that DeLeone was a hacker himself and that the guy had hacked into the military system to find out where the nuke trucks were going to be. Yet, another thing he had been working on and that Sebastian had helped him with was finding out what DHS had on the case.

Except DHS didn’t have much. The department hadn’t gotten any type of signal from the radiation or someone trying to flee the state. Though Pride had remembered something. He remembered the city had wanted to build a new highway that hadn’t worked out and that the highway had been turned into an underground parking lot. So Pride had gotten everyone together to check out the parking lot and, while they didn’t find a dirty bomb, they found evidence that it had been there. And so Pride had had enough. He had gone marching back into his office with his people and he told them that they had to listen to the team because they had evidence.

The bomb wasn’t going off in some other city. It was set to destroy New Orleans and the guys knew why. They had found out that DeLeone had donated a lot of his trust fund to an organization called EndNukes and that the same organization was dedicated to destroying all nukes because of how hazardous they were. But Sebastian had also found out that the material used in the dirty bomb had involved the same powder used in fireworks. So the group were going to set off the bomb in New Orleans just to make a point about how dangerous and world-ending they were however the fireworks did tell LaSalle where they were going to set off the bomb.

LaSalle knew about this kickoff on the river and so he went with Pride to check out the scene because they couldn’t go with too many ground support. Pride had said that would tell the group they had been figured out and he feared that they would then set off the bomb early if there was no other way. However, DHS and then FBI decided to go with Pride’s plan and they quietly checked out the river. So Pride was with LaSalle when the two men spotted the river boat the terrorists were going to use. The boat was situated to go last and so both men used leisure cruise to get close enough to swim to the other boat.

Then the guys attempted to board the ship without the group noticing, but they were seen and that led to a shoot-out with the men until Pride and LaSalle had had to fight for their lives. Yet, the guys were able to overcome the less experienced men and they stopped the bomb from going off. So that led to question of what next? Pride hadn’t wanted to sign that letter and Boyd had accused being burned out because if he really wanted his job then all he would have to do was sign a silly little letter. And therefore Pride had had to make a choice. He had to choose between staying out of the game or going back to his team.

Thankfully, Pride chose to go back to his job and he signed the letter. But Boyd said she knew Pride wouldn’t follow it and that he shouldn’t get too comfortable because they both knew he would do something else that would get him into trouble. So Pride had ignored that and he had reopened his bar with his team all there. The whole NCIS team had showed up and Mayor Taylor had even come by with Wade because she knew that Pride was a good man though sadly not everyone else thought that. Pride had found himself targeted with someone knifing his tires and so he didn’t know why the people were turning against him until an agitator showed up at the bar.

This other guy had punched Pride because he said Pride had cost him and his friend their jobs at the shipyard that was supposed to be built, but Pride had stopped that shipyard for a reason and the agitators didn’t seem to care that their jobs would have cost others their lives!