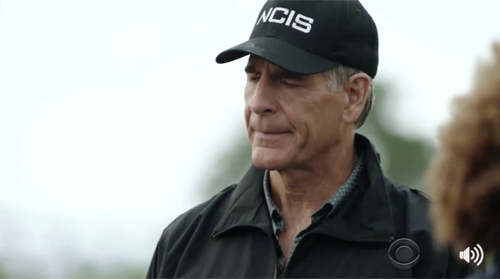 Tonight on CBS NCIS: New Orleans returns with an all-new Tuesday, October 10, 2017, season 4 episode 3 called, “The Asset,” and we have your NCIS: New Orleans recap below. On tonight’s NCIS: New Orleans Premiere episode as per the CBS synopsis, “Pride and his team join forces with FBI Director Isler when a Russian operative, who is in the U.S. to provide intelligence on sleeper agents, disappears after his Navy escort is murdered. Meanwhile, Tammy partners with former sleeper agent Eva Azarova to locate the missing operative Eva has known since childhood.”

A dead sailor turned up in the Mississippi. However, that sailor shouldn’t have even being the states. Yeoman Winters had been assigned to the US Embassy in Berlin and therefore there was no reason to suspect he’d be back in the states or that someone would want him dead yet his car hadn’t gone into the Mississippi by itself. There had been clear evidence proving that someone ran Winters’s car off the road and that they had waited around on the bank to see if anyone survived. So Pride had wanted to know what this Winters had gotten himself involved and he figured the other man in Winters’s would be the best place to start.

Someone had broken the car window from the inside and they had sucked air out of the tires so that they could remain under water. Yet, what this person was frighten of was anyone’s guess. The team hadn’t known who the passenger was and they didn’t know why they came to New Orleans, but Patton was able to trace their GPS and he realized two things. He realized they had traveled to the city through back roads because they hadn’t wanted to be spotted and that those countermeasures didn’t work because someone else had bugged their GPS.

Patton hadn’t been able to backchannel the hack though he told the team that the Winters had been followed for miles without knowing it and he handed them a location of where Winter’s final destination was supposed to be. But when Pride and Gregorio went to the location, they found Agent Isler. Isler was running a counterintelligence unit in Pride’s back door and never bothered to tell Pride about it. So, naturally, Pride was upset. He said that he should have been brought in and he laughed a little to himself when he found out Isler was running an off the book job.

Pride had teased Isler about it because Isler always used to be about the rules and then suddenly he started acting like Pride by going rogue. Though Isler said that he had to do things off the books. He had been called in by Winters who wanted to hand over a GRU agent. The Russian spy had wanted to defect and he was willing to name every Russian agent in the states in exchange for protection. So Isler told Pride that they didn’t know who to trust and felt that keeping a tighter circle would lessen the chance of Alexander Petrov being found by the wrong people.

Except that happened anyway. Alexander was coming to safety when he had gotten attacked and so he went on the run as the only way to protect himself. However, Alexander did pop on the scene for a short while and he had tried to get into contact with Evaline Casey who was more known as “Eva”. So Pride decided to be hush hush on what Isler was doing and had introduced to Eva. Eva has had a few run-ins with NCIS and sometimes she works with them while at other times she works against them. And so Pride had had to pull whatever favors he had with Eva to get her to talk to them.

Eva was a former sleeper cell agent and she was now serving out a lengthy sentence. But Eva decided to talk to Pride and she told him that she had trained with Alexander. So that’s how they had gotten close and she also said that Pride was going to need her help out there if he ever wanted to find Alexander yet that had been too much for Pride. He hadn’t wanted to break the rules because of what happened the last time he did and so he had wanted to leave Eva in prison meanwhile Isler had wanted to get her out.

Isler asked Pride if he wanted to get justice for what happened to Winters and said that Eva was the only way that could happen. Yet, Pride had had some conditions. He was going to allow Eva to leave prison though she had to stay by Gregorio’s side and follow the rules. So the guys got Eva out and Eva directed them to this bar she said Alexander would be waiting for her. She was the one person that Alexander could trust so Gregorio had had to take off the handcuffs only what she later witnesses didn’t look like a colleague’s relationship.

Gregorio had seen the way Eva hugged Alexander and there were more than colleagues or even friends, but two Russian agents broke into the apartment before Gregorio could say anything and so she had to take them down with Eva. Eva and Gregorio the two off together before backup finally arrived and said someone had shut off their comms. Which was why they hadn’t gotten there earlier. Though by time the situation had been handled, Alexander had once again run off and the FBI hadn’t been happy.

Isler was working with Agent Barns. But she went at things a little more aggressively than he did and had even blamed Gregorio for losing the asset. So the team said that there was nothing they could do and had reminded her that they had picked up two Russian sleeper agents in the process. The two agents that had attacked them had had perfect covers and unfortunately neither one of them broke character. They still pretended like they were innocent Americans and so the only person they could turn to then was Eva.

Eva had needed to come clean about her relationship with Alexander and so she eventually admitted that he was her little brother. She said that Alexander was never a spy. He was an athlete and was supposed to be safe in Berlin. However, Gregorio had reminded Eva that Alexander wasn’t safe out there by himself and so she left with Eva without telling anyone. Or that’s what they thought anyways. It turns out Gregorio and Pride had worked on her getting Eva to open up and that meant he knew that she would find Alexander. So what they hadn’t counted on was Barnes.

Barns had put a BOLO on Gregorio and Percy hadn’t liked that, but Pride was able to calm down Percy when he told her that Gregorio had done what she did because he asked her to. He asked her to get close to Eva and find Alexander. Yet, there was another hit team out there and Patton had finally learned why the spies knew their every move. He said that their phones had been hacked and that someone had remotely accessed Gregorio’s phone to track her movements. So what Patton didn’t get was why Isler was spying on them.

He said that the hack had come from the FBI and Isler denied all the charges. So the only other person it could be was Barns. Barns had been the one to convince Isler to go off the books and she had apparently did so because she was a double-agent. But the team tracked down Gregorio and saved her from Barns. So the one thing they couldn’t stop was Barns shooting Eva. Eva had supposedly been murdered in the line of duty though that had all been just a ruse. Eva had had on one of Gregorio’s bulletproof vests and so she survived her injuries. And was only playing dead so that no one would go looking for her when she went into witness protection with her brother.

Alexander hadn’t defected. He had been working in Berlin when he came across the list of spies in the states and saw that a red line had been drawn through his sister’s name. So he knew that meant she had been marked for death and had stolen the list to get her into protection.