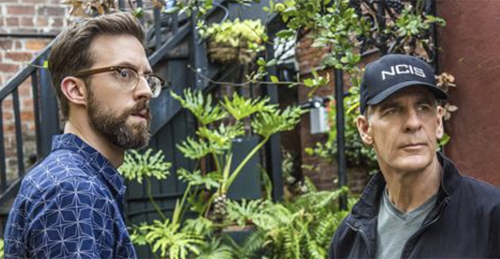 Tonight on CBS NCIS: New Orleans returns with an all-new Tuesday, October 24, 2017, season 4 episode 5 called, “Viral,” and we have your NCIS: New Orleans recap below. On tonight’s NCIS: New Orleans Premiere episode as per the CBS synopsis, “Sebastian is placed on administrative leave after his response in a foot chase to apprehend a high-value fugitive is questioned by the FBI. Meanwhile, Pride and the team continue to track the target and try to clear Sebastian’s name.”

The team had all gone out in the field together to hunt notorious hitman Hans Mattis, however, something went wrong with the mission on tonight’s all-new episode of “NCIS: New Orleans”.

The group had split up to cover more ground and they had all been told to keep in contact. However, Sebastian made several mistakes on what became a tragic night. He had followed someone he believed to be Mattis down an alley and he hadn’t kept contact with any of the others. So LaSalle, Gregorio, and Percy had all asked him for his location and told him to wait for backup before pursuing the suspect yet he had ignored them all. Sebastian had told them he got this and he opened fire in a tense situation without taking notice of everything that was wrong.

Sebastian had thought he was following Mattis, but he was following an unknown target and drew fire on this unfortunate passerby because he believed himself in danger. Yet, the rest of his team eventually tracked down Sebastian’s location and the one thing they could find was a gun. They didn’t spot anyone weapon on the victim and the victim didn’t have a connection to Mattis. He had come to town for a romantic getaway with his wife and the trip to New Orleans had been the first time Dave Dawson had ever left Texas.

But Sebastian stuck to his story. He said he saw a gun and Pride chose to believe there was, in fact, a gun. So NCIS and NOPD had worked together to check everything however they didn’t find a weapon and it started to look like Sebastian had overreacted. He had been wrong about the man he shot and so some questioned if he was wrong about the gun as well. No one could find it and no one claimed to have seen it other than Sebastian. Therefore, Washington thought it was best to bring in someone from the outside.

Special Agent Isler of the FBI had gotten into some trouble after he worked off the books the last time he was in New Orleans. But he didn’t want to fall even further and so he relentlessly questioned Sebastian about that night. He asked Sebastian why he didn’t wait for another agent, why he continued his pursuit despite being told to wait by his superior, and why he opened fire. The FBI didn’t believe Sebastian’s story and so Isler pushed the other man until Sebastian began to question what he saw.

Sebastian wondered if he really did see a gun and so he allowed Isler to trip him up. However, Pride still believed in Sebastian and he tried to get Isler to back off because he suspected Dave Dawson was connected to Mattis somehow though Isler thought Pride was just covering up for a friend and so he warned Pride off. He told Pride that NCIS should have nothing to do with the Dawson case and that they would have to answer for it if they tried something. So Pride heard him out and then he chose to Isler’s warning.

Pride couldn’t let Sebastian lose his job or face possible arrest and so he roped his team into helping him clear Sebastian’s team. Though they started their investigation with Dawson’s widow. Laura had been quick on the scene and had been with the police for most of the day before she returned to her hotel. So Pride and his team went to the hotel because they wanted to ask her about her husband, but they ran into some trouble with the crowd. The crowd around the hotel had noticed the familiar letters on their vests and so they had demanded who they were going to kill next.

Emotions were running pretty high after the shooting and the footage of Sebastian opening fire had been on a permanent loop throughout the city. But while the team was dealing with the crowd, they heard a scream from the hotel and followed backed to Laura’s room where she had been murdered. So the Dawsons did have a connection to Mattis and Mattis had remained in town because he had a job to do and somehow Laura was getting in the way of that. And so Pride had asked Sebastian to come in.

Sebastian was great for finding the undetectable and so Pride had Sebastian look over the crime scene because he knew the rest of them had missed something. But Sebastian ending up finding glass and was able to piece everything together after that. He realized that Dawson had been shooting at him with 3D printed gun and that the bullets were glass. So the weapon he saw had been undetectable. It would have looked like a toy and Laura must have used confusion at the time to sneak the gun back into her bag. And that explained so much.

Both Laura and her husband had some type of chemical makeup on them that came from a 3D weapon though Dave Dawson was the mechanic and he must have created the gun for Mattis. Mattis had been in town to kill his target and he must have needed something he could take through security. Yet, the team knew that Mattis had the gun after he killed Laura and so they had to go through the hard part of finding a hitman that didn’t wish to be seen. So Pride went back to Isler asking for a favor.

Isler, of course, hadn’t wanted to give in. Though he eventually gave Pride and his team access to the FBI database which was how they found out the FBI was bringing in a protected witness. So they raced to the airport and they managed to stop the assassination, but then they lost sight of Mattis. Mattis was the master of disappearing and he had gotten into the airport by pretending to be a cop. And he would have gotten away too if Gregorio hadn’t spotted him. She realized the one person no one paid attention to was someone in uniform and so she trapped him with some help from Pride.

So the team was able to clear Sebastian’s name after they brought in a notorious hitman, but Isler had something to say to Pride. Pride thought he had been warned away for Sebastian’s own good when really Isler had warned Pride away for Pride’s own good. Isler told Pride that someone in DC had it out for him and that they were quite powerful. But Isler took the job because he had wanted to protect Pride and so Isler wasn’t the bad guy in all of this. He had just been trying to keep Pride safe. And so Pride finally got the warning.

He knew someone was after him however he wasn’t going to let that stop him from doing his job or protecting his people so he later stopped by Sebastian’s because he knew his friend needed support just to leave the house.