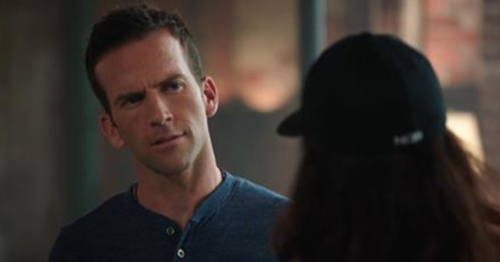 Tonight on CBS NCIS: New Orleans returns with an all-new Tuesday, 24 January 2017, season 3 episode 12 called, “Hell on the High Water,” and we have your NCIS: New Orleans recap below. On tonight’s NCIS: New Orleans episode as per the CBS synopsis, “Pride (Scott Bakula) investigates a murder on a deep-sea-oil rig, where the team “discover a dangerous gas leak that threatens to cause a catastrophic explosion. Elsewhere, Sebastian begins his special-agent training at FLETC.

The body of Lieutenant Jay Neilsen was fished out of the gulf. The lieutenant had apparently just come back from a six-month deployment and was supposed to have taken his wife on a romantic boat trip however, he had never made it and no one had heard anything from him since his return. But chances are that he had been murdered by then. There had unfortunately been defensive wounds on the victim’s hands, bruises on the victim’s face, and there was a gaping hole through the victim’s stomach that no fish or any other marine life could have done on its own. So the lieutenant had been murdered and it was up to Pride’s team to investigate Neilsen’s death.

However, the guys didn’t have Sebastian around to help. Sebastian was completing a course to become a NCIS agent and so they along with Wade had to make do with temps. The recent temp was Claire Blecher and she was fresh out of technical school yet she was a little on the ditsier side and she had also didn’t have it in her to identify what made the hole in Neilsen’s stomach much less look at the body. So Pride had done his best to get in touch with Sebastian and Wade had finished her autopsy. Wade had found out that Neilsen died from thermal shock and that the gaping hole had been caused by something that burned through the victim.

So Sebastian had later come through on his end. Sebastian had identified the murder weapon as a welding torch and said that someone would have been attached to the welding union before they could use such a torch. Yet, Sebastian didn’t get a chance to say much else because his training officer had caught him on the phone and that was technically breaking the rules though Sebastian had helped them more than enough. Sebastian had told them that a professional welder would have known how to operate the weapon and that had matched what LaSalle had found with both Percy and Gregorio.

The trio had gone out to Neilsen’s boat and they had figured that had been the murder scene. The lieutenant had gone to the boat like planned when he came across someone already using it and struggle ensued, but the fire damage had been left on the boat and LaSalle had found out that whoever had been using it had taken several trips out to an oil rig. So Pride had called in some old favors and he had gotten a ride to the oil rig meanwhile LaSalle and Gregorio interviewed the family that owned that particular rig. Though the agents had been told that the dates from when the boat had made a trip to the rig had matched with the incidents that the rig had been experiencing.

The woman that owned it had said that they had found several holes drilled in and that they had to occasionally shut down production because of it. So CEO Sarah Laroche had figured the incidents were corporate sabotage however she hadn’t been able to prove until NCIS had showed up and they had let her know that they could help. The agents had after all known that Pride was going out to rig so they had thought that Pride would ask around and see if anyone had seen the boat. But as luck would have it, Patton had come across something in his search that didn’t look so good for Pride or anyone else on that rig.

Patton had performed a cross search between everyone in Neilsen’s life and everyone on the rig and he had found a match. He had found that Neilsen’s brother-in-law worked on that oil rig and so that Darren Meade a suspect in Neilsen’s murder. Meade would have known that his sister wouldn’t have gone near that boat on her own and that Neilsen would also be out of town for six months. However, Meade was on the oil rig and that meant Pride was stuck out at sea with the killer. So the guys had tried to get into contact with their boss yet there was no cellular reception on the rig and, before they knew it, someone had tripped the emergency alarm out on the rig.

The emergency alarm meant a shutdown and so even the computers were out. So the team had wanted to just take a boat out there and save Pride themselves though Pride had managed to send a Morse code to them first. He said that the rig was going to blow and that they should stay put. He had actually come across Meade on his own and had noticed the other man’s defensive wounds. And so the two had fought and Meade had gotten away with Pride’s gun. Yet, Meade had had partners on the rig so he had help searching for Pride and Pride was forced to flee. Pride had gotten to the control center where he ran into the woman that had flown to the rig so he had help.

Pride had Bonnie who knew the rig like the back of her hand and they had been staying on the move when they noticed that someone was intentionally leaking gas with the pressure system which would cause a major explosion in the gulf. So Pride had wanted to get the message out to his team because he didn’t want them to be near when the rig finally blew. Though Gregorio had thought that Pride was insane for telling them to stay put. She thought they should go anyways and she didn’t want to listen to anyone. Not even LaSalle! LaSalle was technically her ranking officer and was in charge with Pride’s absence, but he and Gregorio had been butting heads from the beginning.

Gregorio wasn’t used to taking orders from LaSalle and so she had hard time listening to him even when he was right. But Percy had stopped them from arguing about the matter because she reminded them that Pride would want them to save everyone on that rig and not just him. So they had Patton check the rig and the thermal satellite in the sky had showed that situation was as bad as Pride thought however Patton had no way of shutting it down on his own without help. He said that the controls were being operated from Laroche’s offices and that he wouldn’t know where to start to shut down anything without Sebastian’s help.

However, Sebastian had been warned about answering his phone. His training officer had told him that if he answered his phone one more time then that would be it for him. So Percy was still desperately trying to reach him while LaSalle and Gregorio went back to Laroche’s office yet the agents had thought that the CEO had been behind what was happening. They had confronted her with the fact that her company was bleeding company and they said she could have been drilling holes in the pipeline herself in exchange for getting out of the red. And so the CEO had been forced to defend herself.

She said that she would never do something like that because the company had meant too much to her and she was starting to say that no one would even have that kind of access to hurt her company on their own when she remembered her son. Sarah Laroche was mother to CTO Elliot Laroche and she had always thought her son was too foolish this type of work. Yet, Sarah had gone in to check the systems on her end and she didn’t know how to shut everything down because she thought things had gone too far. So the team had kept calling Sebastian and they eventually got through to him though he had been caught by his training officer and he had been warned.

Sebastian was told that he went near the computer that he would lose his chance at a badge, but Sebastian had told Special Agent Perkins that his team meant more to him than his badge. So Sebastian was able to get to a computer and with Pride’s help on the rig they were able to stop it from blowing. Though Pride had also gotten some help on his end as well because he had convinced the three men hunting him that they would all die if they didn’t work together. And so they had all made it through the crisis, then Bonnie had helped Pride arrest the trio for the murder of Lieutenant Jay Neilsen.

So the ringleader, Elliot Laroche, had later been caught trying to flee the country and the case against him as well as the others for the lieutenant’s death and attempted murder for everyone on that rig had been concluded. But Sebastian hadn’t gotten thrown out of training. His training officer had wanted Sebastian to be motivated by something else besides fear and he was glad that Sebastian had his team however Sebastian still had to run fifty lapse because of insubordination. And speaking of, no one bothered to tell Pride about Gregorio and LaSalle getting into a shouting match.