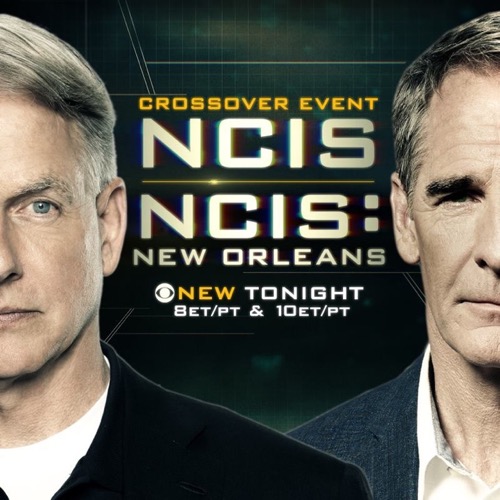 Tonight on CBS NCIS: New Orleans returns with an all-new Tuesday, 14 February 2017, season 3 episode 14 called, “Pandora’s Box, Part I,” and we have your NCIS: New Orleans recap below. On tonight’s NCIS: New Orleans episode as per the CBS synopsis, “Part 1 of 2. When Abby’s (Pauley Perrette) homeland security think tank is compromised, it’s discovered that a theoretical terror playbook has been stolen and is being auctioned on the black market. The episode concludes on “NCIS: New Orleans.”

Special Agents Nick Torres and Tim McGee were in New Orleans. The two had been sent by Gibbs to track a hacker that had stolen the playbook from Homeland Security. But the playbook itself was dangerous in anyone else’s hands because detailed the possible terrorist scenarios that were tried out and how Homeland was supposed to deal with the fallout. So the hacker who had stolen the playbook was going to most likely sell it to the highest bidder in order to make a one-of-kind profit. And so the agents from up north were trying to stop the sale from going through.

However, Torres had run into a killer on his first day in the city. Torres had tried reaching out to an old Venezuelan Operative to see if the playbook had been put up for sale yet he never got a chance to even speak to Ferdinand because someone had killed him. Torres had seen his dead friend and the killer fleeing into a party. So he chased the killer and unfortunately the fact he pulled his gun had frightened some bystanders into calling the police on him. And it made everything worse when they found the dead body and literally Torres with blood on his hands.

So Torres had had to identify himself. He told the police that he was an NCIS Agent and that he didn’t have indication to prove that because he was supposed to be in the city undercover though that plan went out the window when NOLA Police thought he was a murder suspect. Yet, the police knew Pride and he had later verified that Torres was who he said he was even if Pride hadn’t liked the scene Torres had created. And so Pride did take Torres to task afterwards because Torres’s first stop should have been to check in with the local NCIS division in the city.

Luckily, Torres had an actual explanation for why everything happened and he said that he had to go alone to speak to Ferdinand because of how he knew the other man. Though Pride was still a little cross with him. Torres hadn’t made the best first impression and telling Pride that he’s better with second impression didn’t really instill confidence. So Torres had realized he had something to prove to the New Orleans and he had tried to make up for what happened by helping. And so his luck ran out when he along with the others couldn’t understand why Ferdinand was killed.

Torres hadn’t thought that he sent off any alarms and he knew that Ferdinand would have been careful. But if someone knew that Ferdinand was speaking to a federal agent then they all had to careful. So McGee and Sebastian worked together to track the burner phone and they had pinpointed the last location it had been turned on however LaSalle and Percy had gone to scene and they found another body. The second corpse was Monica Grange and she’s worked for enough shady characters for everyone to assumed that she was a buyer.

However, it didn’t seem reasonable for someone to sell the playbook and then kills before they could collect the money. So they team had wanted to make Monica’s meeting with the hacker and Pride decided that they could send in Gregorio as Monica. Monica was underground for a lot of years and not many people know what she looks like yet Gregorio had needed Torres’s help to perfect her shady business woman façade. And he did help; he just also doubted that she could pull it off so he had taken duty to watch the meeting.

So Pride and Torres were doing background surveillance work as part of the op and there had been a time or two when they thought they might have to rescue Gregorio. Yet, she knew how to handle herself and she had needed to be reminded that she was supposed to find the playbook instead of flirting with Eva Azarova. The guys had found out her name thanks to facial recognition though Sebastian had also found out how dangerous Eva could be and Gregorio had learned that for herself when Eva pulled a knife on Gregorio.

Eva had apparently known that Monica was dead because she told Gregorio that she had watched the other woman die. Though when Gregorio was able to get the upper hand, she had asked the other woman why she killed Monica and Eva said she hadn’t. So Gregorio hadn’t known who the real killer was until two armed guards burst through the hotel door and had taken the computer with the playbook on it, but Pride had seen where the guards were going and tried to tell Torres that he should keep a hands up.

The only problem however was that Torres was incapacitated. He had been knocked out and he had been taken with the playbook. But Pride had been given an offer. He was told if he gave Eva over to Victor that he would get back Torres. So Eva explained that Victor had kidnapped her, trained her, and forced her to do terrible things as a child and that she had taken the playbook because she wanted to lure him out and kill him. And so Eva had no problem with being turned over to Victor because she wanted her second chance.

However, Victor had said that Eva was to be handed over to him first and that he would then give them the location to where Torres was. So Eva sort of ruined that for NCIS when she killed Victor immediately upon seeing him again yet thankfully Sebastian and McGee were able to track down Victor’s movements. And they found Torres before Torres could be murdered by Victor’s men and it turns out he had grown on the NCIS: New Orleans. They had been grateful to find him alive and there had been some hugging when he left town with McGee and a criminal.

So before they left, McGee told Sebastian not to doubt himself because he had made some mistakes in the beginning too and Sebastian shouldn’t want to be anyone other than himself. Yet, Gregorio had gotten something better than Eva when they last saw each other. She had gotten a kiss from a woman she was admittedly and deeply attracted to.