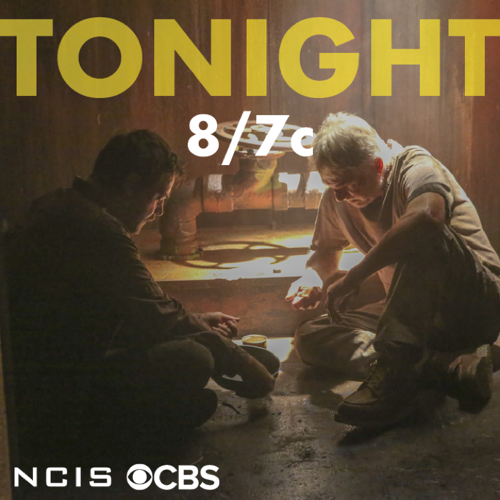 Tonight on CBS NCIS returns with an all new Tuesday, September 26, 2017, season 15 episode 1 premiere called, “House Divided” and we have your weekly NCIS recap below. On tonight’s NCIS season 15 premiere episode, as per the CBS synopsis, “Season 15 begins with the NCIS team tirelessly searching for Gibbs (Mark Harmon) and McGee (Sean Murray) two months after they were last seen fighting an elusive group of rebels in a Paraguay jungle. Meanwhile, Vance and Torres are summoned to a congressional hearing regarding the fallout from the Paraguay mission.”

Gibbs and McGee were still in Paraguay. The men had gone there as part of a rescue team and they had ended up saving the lives of three children however they had come into contact with the Revolutionary Armed Council. The RAC were part of a rogue group in Paraguay that used child soldiers as well as buy and sell weapons through the black market. But the group had attacked NCIS because of what naval officers were doing for the villages they attacked. So they followed our heroes to the rescue chopper and were trying to kill them all when Gibbs decided to hold them off.

Gibbs kept the group from targeting his men and in return his team had been forced to leave him. However, McGee refused to leave Gibbs behind and jumped off the chopper before anyone could stop him. So the two men were left behind and somehow it had been up to Torres to later explain why. Torres had gotten dragged to the hill and was told he had to explain the actions of him and his team yet Torres didn’t think he needed to explain anything. He said they had rescued children and that they needed to go back to Paraguay to rescue their men.

Yet, his bosses hadn’t wanted to hear that. They said they had sent out a rescue team and they had been unable to find their men or the RAC because of what NCIS did. NCIS had attacked the RAC compound and that led to the group going deep underground where no one could find them. So the people in charge were upset by that because they had no idea where the group was or what they were doing with the uranium. The uranium was the sticking point. Everyone had wanted to know what that uranium would be used for and so the bosses were taking their frustration out on NCIS.

NCIS had been the one to ignore diplomatic protocol when they went to Paraguay and so Director Vance had had to explain himself. It had been his team after all and therefore he found himself in just as much as trouble as NCIS. But while the hill had written off Gibbs and McGee, they weren’t dead and more importantly their team had gotten a lead. NCIS’s headquarters had received a call from some man that allegedly wanted to tell them something although the man in question never got a chance to say what he wanted to talk about because he was murdered during a drive-by.
Some car had come out of nowhere and shot the victim multiple times. Though Zachary Brooks’s death had offered some revealing information. The man’s hair had been falling out and so Ducky investigated why that is however he hadn’t expected the victim to be suffering from radiation poisoning or that Abby would connect the poisoning to the same type of uranium the RAC were using. So the team looked into Zachary and they found out he was former drug dealer. He had seemingly spent most his life being in and out of prison. And so nothing changed until a year ago.

Zachary had suddenly gotten clean a year ago and stopped selling drugs. However, NCIS figured he must have stopped because he started selling something else. Like uranium. So NCIS investigated Zachary to find out where he could have gotten that uranium and they found out he liked to hang out at a certain bar. Zachary’s girlfriend works at that bar and she initially hadn’t wanted to talk to NCIS, but the team had pushed her. They threatened her with arrest and had told her about what to her boyfriend because whoever was in charge had ordered his death and she could be in danger too.

So the girlfriend later talked. She said that Zachary didn’t know what he was getting into when he first took the job and that a trip to Paraguay had been what opened his eyes. He found out his boss was dealing in uranium and hadn’t wanted any part of it. Which was why he called NCIS! But the man that had sent Zachary out of there had been the same person that owned the bar. She said Mickey Clark ran everything out of the bar and that she knew he was behind Zachary’s death because he had been in the picture.

The picture she was talking about was of the crime scene. She had pointed to her boss that was clearly talking to NCIS and it turns out Mickey had pretend to be a witness. Yet, Mickey disappeared not long after that and so it had been up to Abby to triangulate his position though she got some help from Delilah. Delilah was concerned about her husband and she was pregnant. So she didn’t want to sit back and do nothing while the others were tracking down a lead related to McGee. And Delilah knew she could help Abby.

Together, the two women worked on finding Mickey and they were able to locate him using the dating apps on his phone. Which were those apps that detailed how far Mickey was from his matches and so the ladies used that to pinpoint his exact location. Though Mickey wasn’t in the talking mood. He had found out that they didn’t know much and so he figured if he stayed quiet that they would be force to release him in the end, but the team had gotten their hands on his phone. His phone had one number was that was blacklisted and that Abby couldn’t trace. So Bishop decided to call the number.

Bishop figured that was the only way they’d find out who he was talking to. But the man that had answered the call had been McGee. McGee and Gibbs had broken out of their cell and had gotten into the head office at the compound. So the guys needed to get out of their situation as fast as possible before anyone found out they had escaped their cell however NCIS didn’t know their location and so Torres had helped Bishop figure it out. Torres had said that he wished they had Tindr and Bishop said why not. She put a profile on the sat phone and use that to track the guys’ location.

They had apparently been on a boat this whole time. However, they didn’t need to worry about the men there or how to get away because McGee had sent off the radiation alarm which caused the men to abandon the boat as well as their boss. So the guys handed over the boss to another prisoner because he was threatening them and that way they could still get rid of the guys without dirtying their hands. And so the guys got on their chopper this time around and were finally brought back home after spending months in captivity.