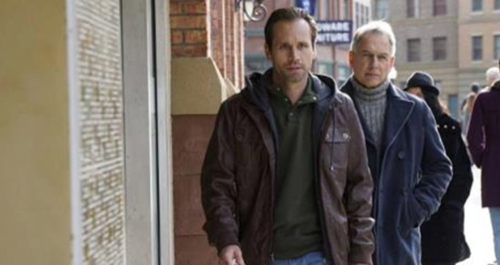 Tonight on CBS the #1 drama series NCIS with an all-new Tuesday, January 17, 2017, season 14 episode 12 and we have your NCIS recap below for you. On tonight’s NCIS season 14 episode 12 “Off the Grid,” as per the CBS synopsis, “Gibbs (Mark Harmon) spots the brother of an NCIS “Most Wanted” suspect and immediately assumes his former alias and goes undercover with their infamous anti-government militia. Meanwhile, Bishop (Emily Wickersham) and Reeves (Duane Henry) continue their off-the-books investigation of Chen.”

No one had seen Gibbs! He was apparently supposed to teach an early field training class and he never made it. But Gibbs also hadn’t made it into the office and so Director Vance was concerned. He wanted to know where Gibbs went and he wanted answer immediately. So he had asked Gibbs’s people to investigate his disappearance and they hadn’t wanted to do that. The guys knew that Gibbs was probably off somewhere investigating something for himself or simply needed time alone however McGee had stepped into Gibbs’s shoes and he had told the others that didn’t matter if they hadn’t wanted to interrupt Gibbs.

However, Gibbs’s disappearance was worrisome even if no one wanted to call it that. Gibbs liked his routine and he rarely ever broke it. So McGee and Torres had gone to the diner that Gibbs frequents for breakfast and they had talked to the waitress that sees Gibbs almost everyday yet Elaine had said that Gibbs was chatty that morning and that he hadn’t waited around for the check despite telling her that she could take her time. And so something was clearly off with Gibbs. He wouldn’t have just left money on the table and run off without speaking to Gibbs so McGee had decided to track his boss’s location.

McGee had called Abby and had convinced her that they needed to track Gibbs’s cell phone. Yet, Abby had said that Gibbs’s phone was weirdly across the street from the diner. So that had spooked Abby and it had later spooked McGee as well. McGee had gone across the street and he tracked the phone to a mailbox though there were security cameras in the area and that cameras told NCIS a lot. The footage told the guys that Gibbs had put his own phone into the mailbox and that he had done so as a message. And so the guys checked the other cameras and they found Gibbs into a car with an unknown man.

So a picture of a potential suspect had been shown to the Director and unfortunately he knew who the mystery man was. Vance had recognized the man as Bodie Whitman. Bodie and his brother had been part of a militia that had stolen a truck of radioactive isotopes which were the ingredients for a dirty bomb, but the contents were never found even as the members were brought in or killed and so Vance believed Gibbs fell back on his undercover persona to get the truth. Though Vance hadn’t been happy about it. He said the brothers were crazy and dangerous so he was concerned that the mission would go south before they had a chance to get Gibbs out of there.

Only Gibbs had known what he was doing. He had borrowed a woman’s cell phone to call McGee because he knew McGee would trace the call to his location. So Gibbs had called in for backup and he had tried to let his team know where was going every step of the way. But Vance had called in for additional help. He had called an old friend of his and Gibbs’s who also had worked the case and so he had Fred going through all of those files at the time to see if anything new has come up. And in the meantime Gibbs had had his people following him in case he needed to them in an emergency. Which at first wasn’t the case between Gibbs and Bodie.

Gibbs and Bodie had talked like they were old friends. They discussed the past and Gibbs had known the right buttons to push to get Bodie contact his brother Ramsay. However, Gibbs’s plan had quickly collapsed not long after he set everything in motion. Gibbs had talked with Ramsay and he had told Ramsay that he had buyer for the nuclear rods. So Ramsay had say he needed to think about it when in fact he needed to double check Gibbs and so he called back his brother with the truth. He told his brother that Gibbs was a federal agent seeking to entrap them and so Bubba pulled a gun on Gibbs.

Yet, Gibbs’s people were waiting and they had diverted Bubba’s attention just long enough for Gibbs to get his gun. So Gibbs had tried to get the other man to lower his weapon and in the end he had been forced to shoot though the autopsy on Boden afterwards had at least come in handy. Boden had been suffering Huntington’s Disease and that usually an inherited trait so Abby looked into everyone else with the disease in the area. And she found Ramsay Whitman only he wasn’t Ramsay anymore. The former radical had turned into a family man with a house in the suburbs and a new name as well as look.

So they found Ramsay in due time and he hadn’t put up a fight. He had turned himself in and he had even said where the radioactive material was, but he had also confirmed that a federal agent had told him about his Gibbs and so all Ramsay wanted in return was to see his brother one last time.