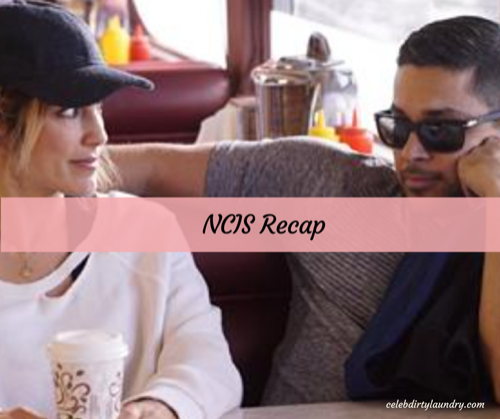 Tonight on CBS the #1 drama series NCIS with an all-new Tuesday, March 14, 2017, season 14 episode 18 and we have your NCIS recap below for you. On tonight’s NCIS season 14 episode 18 “Gibbs honors a sailor’s dying wish and re-investigates a closed case that was originally deem an accidental death and discovers it was actually murder. Meanwhile, the probe reminds Torres of a tragic time from his past.”

Navy Lieutenant Laura Ellison had been at the hospital the last few months. She was apparently dying of Stage Four ovarian cancer and she had wanted to do something for a friend before she died however she needed Gibbs’s help to do it. So Laura’s father who was General Ellison had done the asking for. He had gone to Gibbs like the old friend that he was and he had told him that his daughter needed him. But Laura had wanted to tell Gibbs the details herself because of how important it was to her and so Gibbs had gone to her.

However, he hadn’t been prepared for what she had to say. Laura had wanted Gibbs and NCIS to look into Navy Petty Officer First Class David Collins’s death. She said she had served with Collins and that it had been her job to look after him yet there were a lot of things that he wouldn’t discuss with her. He had come onto the ship one day with a black eye and he had told Laura that it was better not to say what happened to him because he hadn’t wanted to lie. So Laura had had some doubts when not long after she spotted the black eye, Collins “accidentally” fell overboard.

So Laura had said that she thought someone had arranged for Collins’s death to look like an accident and she had wanted Gibbs to open an investigation based on her gut. Yet, there were going to be a few problems with doing that. Gibbs and his people had to review a case that was at least ten months cold and had already been closed by another NCIS unit. So his people had to do a lot of checking up on what was in already in the file. They had talked with people on the ship that had heard about the accident or had known Collins. And so they came across Nicole.

Nicole had been Collins’s friend and she had told them how Collins had gotten the black. She said she had been dating someone at the time that had gotten jealous of their friendship and that he had punched Collins when Collins stood up for her. So Torres and McGee had met Holden Baxter and he said that he had moved on by time Collins went overboard, but it had been pretty clear that he had still carried a grudge. He said that Lt. Laura had made his life a living hell and that she had only been doing so because she had been in a relationship with Collins. Though Laura later said that wasn’t true.

Laura had told Bishop that she had been close to Collins because she believed he had incredible potential and she had wanted him to take advantage of that however Laura also said they hadn’t been in a romantic relationship. She said that Holden got into so much trouble that he went down a paygrade and still refused to believe it was his own fault. But Torres had been acting oddly while Bishop had been questioning Laura. He had been pacing back and forth which wasn’t like him and it had been clear that he was barely paying attention to the conversation. So Bishop had tried to ask him about that afterwards and Torres had pretended like nothing was wrong.

Torres had said that he was good yet he continued to act absent-minded. So at first Bishop had just thought he was ignoring his feelings and she hadn’t thought it would a problem with the case because they later had a breakthrough. Abby had found out that Collins’s blood had been on a broken part of the ship and they had found where he went overboard. However, Abby had also found traces of bleach on the area and the Navy wasn’t allowed to clean the ships with it so that must mean someone tried to clean up the crime scene.

Yet, there had been more that just that. Bishop and Torres had found out that several traces of drugs on the ship and so they had looked into who had access to leave at will. So they found out the only one person had received a large case influx and it had been Nicole Trainer though, when McGee and Quinn went to question her, they had found her dead of a supposed overdose. Nicole had been found in a needle in her arm and plenty of heroin at her rundown apartment. And so one of the first thing anyone questioned had been the apartment.

Nicole had had a hundred thousand in her bank account and so it hadn’t made sense why she had been living at what could only be described as one step above a crack den. So of course everyone had wondered if she had felt guilty about accepting the money with her friend dead and possibly because of her, but that hadn’t explained her death or why Ducky had found restraints marks on her arms and so Ducky had taken a DNA sample of Nicole’s fingernails because she had fought off her attacker as well.

So Abby had gotten the answers she needed pretty quickly. She had found out that the assailant had been in the Navy records and it turns out that Holden had been one of the last few people to see Nicole alive. But Holden had told NCIS that he hadn’t killed Nicole. He said he had gone to see her because he had been worried about her. Holden told the guys that someone had forced Nicole to take the drugs with her and that all he had wanted to do was to protect her from what she did however she hadn’t wanted his help and she had thrown out of her apartment. And so Holden believed someone must have gone to see her after he did and Gibbs was willing to believe it.

Holden could be a jerk yet he hadn’t had the pull to force Nicole into anything because she had broken up with him early on. So Bishop and McGee looked up who had signed off on all of Nicole searches and it had been Chief Michael Vinton. Vinton was apparently getting forced into retirement and so he had needed a get rich quick scheme. However, he had also been dumb enough to hide everything on his basement and so Quinn and Gibbs had no problem with arresting him afterwards. And he had also helped because he decided not to fight them once the rest of the crew found out he had killed two of their own.

And so Gibbs was able to provide Laura the closure she needed and he had even gotten Collins to be posthumously awarded the rank of naval officer. So that would have been fine for Laura, but she had also met a new friend. Laura had been assigned Torres when they thought she might be in danger and she helped him get to the heart of why he hated hospitals. Yet, she had pretty much called it beforehand. There had been someone that Torres had loved and she had died of cancer so he hadn’t wanted to be around Laura at first because she reminded him of what he lost. So Torres had actually fought taking on her detail and he had almost pushed Gibbs too far though in the end he came to appreciate Gibbs forcing him to face his fears. And he even liked Laura.