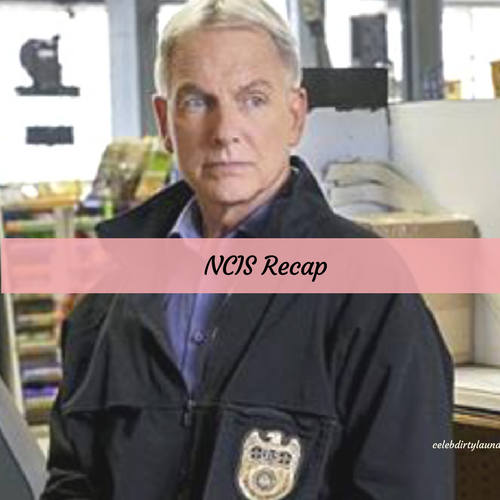 Tonight on CBS the #1 drama series NCIS with an all-new Tuesday, March 28, 2017, season 14 episode 19 and we have your NCIS recap below for you. On tonight’s NCIS season 14 episode 19 “A Marine is murdered at an event for the Honor Flight Network, a non-profit that arranges for veterans to visit the World War II, Korea and Vietnam War Memorials in Washington, D.C., for free.”

McGee had a friend that went through training with Torres and she had revealed to him something he hadn’t known about Torres. Like how Torres allegedly had had a brief fling with Quinn who had been their instructor at the time. But McGee being the gossipy sort had talked to Bishop about what he heard and she didn’t believe him at first. She hadn’t noticed anything different or even sensed anything romantically inclined between Torres and Quinn. So Bishop had need proof and McGee had wanted to find some. He watched Torres and Quinn and he had been hoping to spot some sign that the two were once the plot to ‘Top Gun’ however he was later grasping at straws.

McGee and the others had gotten called to a crime scene after a Marine suffered what looked like a suspicious death. However, McGee had seen Quinn drop her notebook and Torres retrieve it for her. So he thought that Torres’s hands had lingered when he handed the notebook back and so he had tried to show Bishop that because he thought that was her proof yet Bishop hadn’t been impressed. She said that Torres was merely being nice and that he would have done that for anyone. And so she tried to put the rumors to rest by doing her own research. Bishop had later contacted a friend who knew someone that had also been part of the FLETC class.

Yet, the friend of a friend had confirmed the rumors. People in the same FLETC class had all believed that Torres and Quinn had had some torrid relationship that had burnt itself out fairly quickly and that neither party had let the relationship distract them for the remainder of training. So things only became worse once Bishop suddenly believed in the rumors because she then assisted McGee with finding out more about the supposed relationship and the pair of them had found out that Torres had participated in karaoke session that he dedicated to Quinn who then fell for him. And that rumor had some basis of truth in it.

Torres sung “Puppy Love” at a karaoke bar and there did appear to be a woman that looked like Quinn listening. Though both Bishop and McGee had gotten so caught up in discovering whether or not Torres had won over Quinn with a song that they started to ignore the investigation. NCIS were investigating Corporal Beck’s death because he fell down and began foaming at the mouth before he died, but the team had also figured a few other things since then. Like the fact that Beck had been poisoned and that the weapon had been injected through the smallest pinprick that Beck probably thought was a mosquito.

So that begged the question why? Why did someone want to kill Corporal Beck? Beck was considered to be a kind-hearted young man that liked to volunteer during his own hours and he was even volunteering with the Honor Flight Network when he had been killed. But the non-profit organization had nothing to do with Beck’s murder. He had been a temporary guardian for a Vietnam vet that didn’t have any family to show him around and, while the vet had been cankerous, he hadn’t been deadly. And so the vet, whose name was Henry Rogers, turned out to be the last person that saw Beck alive.

Unfortunately, Henry didn’t want to be of any help. He was a cranky old man that didn’t have family and had seemingly hated everyone. So Henry had been assigned to Reeves. Reeves had demanded more responsibility and he had been a slight pain in the neck for Vance so Vance had wanted to see if Reeves could rise to the occasion. However, Reeves and Henry hadn’t gotten along very well. The two men had both been stubborn and they could say things they didn’t mean yet Henry was constantly attempting to escape and he refused to let Reeves protect him. He said that he didn’t need a baby-sitter and that he just wanted to go back to his hotel room.

Yet, Reeves had asked Henry about that. He had wanted to know why Henry had travelled with the Honor Flight Network to see the Vietnam memorial and they not go. So Reeves had tried talking about it with Henry and he did get some answers. He found out that Henry had won a medal because of his overseas heroics and that the medal didn’t matter to Henry because he still lost friends over there. And so Reeves knew the subject was a touchy one for Henry though he didn’t count on henry losing him just to go visit the memorial by himself because he hadn’t wanted anyone around to see how much pain he was in.

So Reeves gained a new understanding of Henry and Henry was helpful in his own way. Henry had told the agents about the woman that had bumped into Beck and he later identified a woman that had been around the corporal during his time of death. Though the women that Henry had identified was a suspect in two murders. Bridget O’Leary had apparently been near a young woman’s apartment when she had also been poisoned to death, but the murders had been connected because Beck had volunteered at a Crisis Center when Maya called and she must have told him about what her bosses were doing.

Maya’s bosses were attempting to sell flooring that used a dangerous chemical that would make people sick. So she had reached out to a journalist that she hoped would break the story and she had also confessed to Beck. But Maya’s friend and coworker who had signed off on the environmental safety report had found out about the confession so she killed Beck and erased his phone logs at the center however that hadn’t been enough and so Bridget then killed Maya hoping that the story would die with her. And, well, that didn’t happen. The story did break and now Bridget was facing time for a double murder.

And because he knew how important it was to Henry to have someone that cared, Reeves organized a welcome home party for Henry Rogers so that his entire town knew about the returning Vietnam Hero. However, Torres and Quinn both denied the rumors. They said they had never been in a relationship yet there was more to their story than they were letting on by the way they looked at each other when no one else was around. So who knows what between them or what could happen between them!