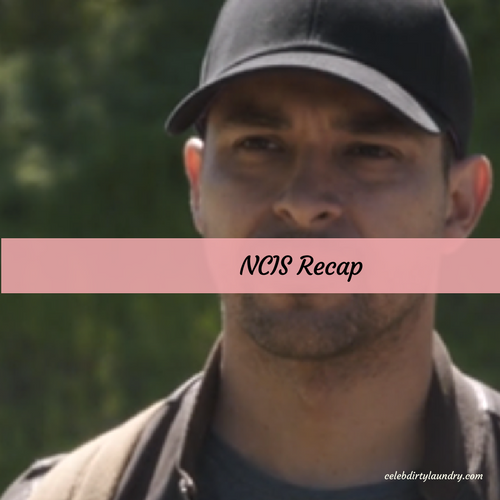 Tonight on CBS NCIS: Los Angeles returns with an all new Sunday, April 18, 2017, season 8 episode 21 called, “One Book, Two Covers” and we have your weekly NCIS: Los Angeles recap below. On tonight’s NCIS Los Angeles episode, as per the CBS synopsis, “Torres must rely on old case notes and contacts after a Marine’s murder is linked to a former dirt bike gang he joined for a year-long undercover operation.”

A Marine Corporal was found murdered by the side of the road. His name had been Kyle Campbell and he had seemed like an upstanding guy. However, there was evidence not that far from where the body was found that a dirt bike had gotten into a truck and so it didn’t like a coincidence that a dirt bike had been used that same day during a bank robbery. So NCIS had known that the robbery was connected to Campbell’s murder, but Torres had been the one to connect the dots because he was apparently familiar with that MO.

Torres as it turns had been worked a case back during his undercover days in which he infiltrated a biker gang that just so happens to like robbing banks. But when Gibbs asked why an NCIS Agent had gotten involved in something like that, Torres had told him that the gang used to like recruiting sailors and military personnel. So it had looked like Torres was onto something when he told everyone about the Rosewood Boys though Torres had thought that put that part of his life behind when the leader of the Rosewood Boys went to prison.

Mitch Monroe was serving twenty years for what he did and there was no way he could get out of it because Torres had turned one of the Rosewood Boys against Mitch. Though Gibbs hadn’t wanted to rule out Mitch possibly running things behind bars, so he went to go speak to him and he had been surprised when Mitch hadn’t known anything about the recent robberies. He said that a lot of his old friends were either dead or scattered to the four winds. So no one had been in contact with him for a long time yet he had still be somehow proud of his boys.

He said real Rosewood Boys wouldn’t talk and now that Nick the traitor wasn’t around he didn’t believe the feds could ever stop them. Yet, Mitch had also said asked Gibbs and Bishop to pass on a message for him. He asked them to remind Nick that he wouldn’t be behind bars forever. So again it had just seemed like too much of a coincidence when Torres went to go get some of his old case notes and was nearly blown up because someone had rigged his old dirt bike. And so Bishop later questioned if his cover was blow, except Gibbs thought differently.

Gibbs thought that if someone truly wanted Torres dead then they would have actually killed him rather than just leave something like a message behind. However, Torres didn’t think he knew who the new guys running things were. His contacts were rather old and he didn’t know what things were like now. So Quinn had brought in Campbell’s ex-girlfriend and the girlfriend had told them about the gps tracking device that she had put on Campbell’s car to see where he was going, but while she had been embarrassed by her confession, the ex did help them pin down Campbell’s location in the last few days.

He had apparently gone to the track where all the people ride their dirt bikes. So Gibbs using the information they had on what to look for had found the right bike and had even gotten picture of the rider though Torres couldn’t remember who Alonzo was. He said that there had been plenty of guys that weren’t part of the investigation and that Alonzo didn’t stick out for him. But Torres had thought that he could speak to an old friend from those days because Royce had been the same man that flipped on Mitch.

So Torres had gone to see his old friend and Royce had been happy to see him. Though Royce seemed to remember things a lot differently than Torres did. He for instance thought that what he did to Mitch was wrong because he became a rat and so Royce was questioning what they did to take down the crew seeing as so many had gotten hurt yet Torres had tried to tell Royce that Mitch deserved to get put away and that what they did had been the right thing to do. And then Torres had asked for another favor.

Torres has asked Royce if he recognized Alonzo and he did. He said that Alonzo was a harmless kid and that he couldn’t be in trouble. Yet, Torres said they had evidence that Alonzo killed a marine. So Royce gave Torres all the information he had on Alonzo and Torres had thought he could use that to get Alonzo to talk when the unexpected happened. Torres had found Alonzo and his boyfriend murdered and whoever did had called Torres saying that the investigation should end now before Torres threw away his own career.

However, not a lot of people knew that Torres had planted evidence to frame Mitch. So Torres was already having his suspicions when Abby said the substance found on Alonzo’s boots and connects him to all the crime scenes was clay. Like the same clay that Torres saw Royce used. And so Torres knew that Royce was the new guy in charge, but Royce also happened to be the one person he confessed to about Mitch and Royce had claimed that he had a tape of the entire encounter. So Torres was out of options.

He knew that he couldn’t give Royce money to keep quiet and didn’t want to allow Royce to continue doing business. So he went to Gibbs and Gibbs surprisingly had his back in the whole matter because there had been a few things he did that there out of the book. And so Gibbs helped Torres take down Royce and he covered up the tape in which Torres confessed to what he did by claiming it was a lot of mumblings that didn’t make sense.

And that more than anything saved Torres’s career after he made one mistake in his youth.