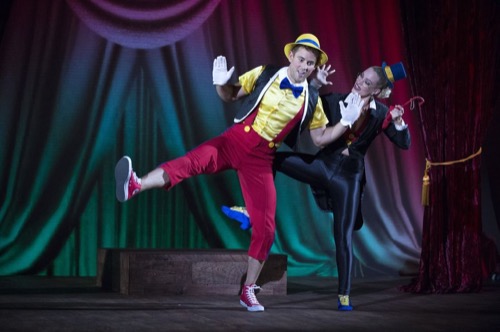 Tonight on ABC the glitz returns to the ballroom as Dancing With The Stars returns for the sixth episode of season 24 and it is Boy bands and Girl groups Night. Former The Bachelor Nick Viall and his professional dancer Peta Murgatroyd took the DWTS stage tonight and danced the Jive to “Fun, Fun, Fun” by The Beach Boys.

Len: Jive has to be fun and freedom. I wasn’t picking up a lot of good vibrations if you want to be honest about it. It was entertaining though.  Bruno: It was fun in the sun. One foot was in Malibu and the other was in San Francisco. Jive is all a lot timing and foot placement.  Carrie Ann: What I really do love is you coming out of your shell. Unfortunately, in the Jive, we need the right tone in the feet.  Nick: If there is anyone here who fits the profile for being in a boy band it’s you. You got the looks, you got the girl, but you gotta work on the moves a little more.