BY Annemarie LeBlanc on April 23, 2017 | Comments: Leave Comments
Related : Once Upon A Time, Recap, Television, TV 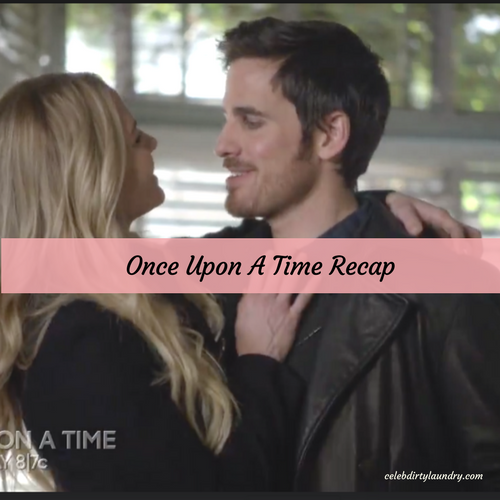 Tonight on ABC their popular fantasy drama Once Upon A Time returns for an all-new Sunday, April 23, 2017, episode and we have your Once Upon A Time recap below. On tonight’s OUAT season 6 episode 18 “Where Bluebirds Fly”  as per the ABC synopsis, “Zelena befriends a woodcutter who’s been cursed and needs to find a new heart in a flashback. Meanwhile, in Storybrooke, Zelena defies Regina’s (Lana Parrilla) wishes and tries to stop the Black Fairy; and the Charmings disagree over Emma and Hook’s wedding plans.”

A young Zelena helps a man. A birds nest fell out of a tree. She picks it up put it back in the tree, bringing the eggs back to life. Bullies hanging out in the woods yell at her calling her a freak because of her magic.

Present day, Zelena is getting a bottle ready for the baby. The baby stops crying. Zelena comes in to the room to see the black fairy holding her child. The black fairy suggests that she take her offer of help with the final battle coming. Zelena refuses.

Emma and Hook are in the kitchen making pancakes and kissing. Snow comes in and interrupts. It is very awkward. Hook leaves to go to the shower. Snow would like to plan their wedding, she has brought along books. Emma gets a phone call and heads down to the station. Everyone is there talking about the black fairy. Zelena has bought a piece of the black fairy’s wand. Regina will use a locator spell to find her with the piece of wand. Meanwhile, snow wants to continue to plan Emma’s wedding. She thinks it is it good for them all to have hope during this time while they get ready for the final battle.

Zelena brings the baby to the shop to have Gideon’s parents watch her while she goes to fight the fairy. David comes into the house to find Henry writing. Henry is determined that Emma will win the final battle. He is still trying to figure out what the symbols mean that he wrote.

Regina heads to the shop to get more ingredients for her locator spell when she arrives she sees baby Robin. She knows that and Zelena is up to no good.

Flashback to the past, Zelena is eating her dinner when an old friend from the past comes to visit. It is the man she helped with the Birdsnest. He was chopping down a tree when the wicked witch cast a spell on him. He needs her help. She would rather use her magic for bad. It’s more fun. She sends him away, but stops him before he leaves. She has changed her mind, she’s going to use her magic to help him.

Present day, Regina find Zelena in the caves. She wants to stop her. Zelena wants to fight. They get into a squabble. The cave begins to shake, rocks are falling.

Regina told Zelena not to come down to the cave and now they’re trapped. Zelena is determined to find the black fairy and destroy her.

Flashback to the past, Zelena and the man walk down a dark road. She talks of a spell that will out do her sister.

Back to the present, they run into the fairy and Gideon. Gideon blast say spell at Regina. Zelena goes after the fairy after she makes rocks fall to trap them in. 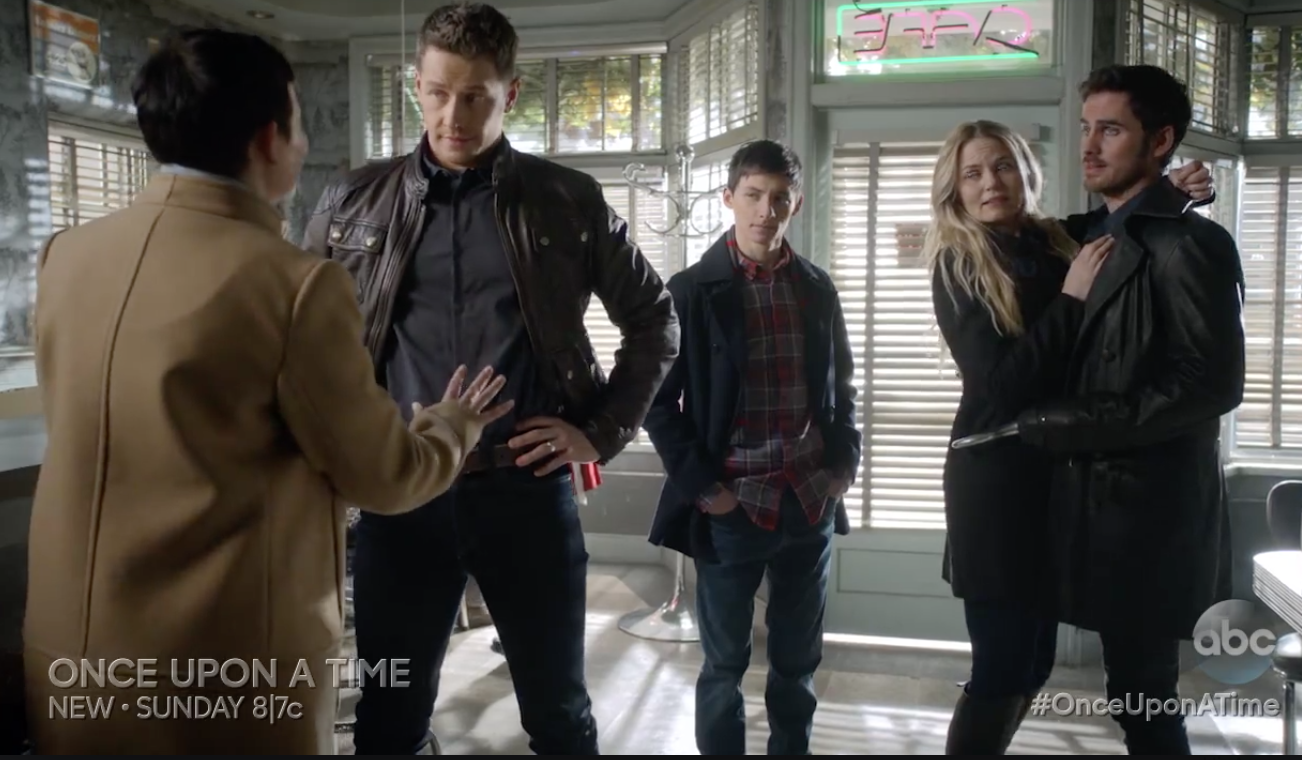 Zelena chases after the fairy. Zelena blasts a spell at her. The fairy laughs. She holds Zelena in place so that she cannot use her magic. Regina runs in and the fairy blasts her back. Gideon stands by for Regina to guard her.

Back to the past, Regina saves the man after a lion comes out of nowhere and drags him away.

Present, Zelena and Regina are sent outside of the caves by the fairy. Regina is mad. She tells Zelena to go back to Oz. She has made a mess and now Regina has to pick it up. Regina leaves her standing there to go see the charming family.

David isn’t happy about the latest place they visit for a wedding, the town hall. He feels a draft. He’s not happy. Snow wants to speak with him outside. David doesn’t understand why they need to rush this wedding. They need to focus on the battle. He doesn’t want Emma to worry about the fairy while she walks down the aisle. He wants to wait. Emma comes outside. Maybe dad is right, Emma shares. She needs to focus on the battle and get married when it is right.

Zelena returns to the shop for Robin. Zelena announces that she plans to go home. Out in the snowy field she transports herself back home.

Back to the past, Zelena finds the crimson heart with the man. She takes it out of the box. It drains her magic. She throws it back in the box. She accuses the man of knowing this would happen. He has no idea what she is talking about. He tells her that she doesn’t need a time travel spell so she wouldn’t be alone, she needs to make friends. She turns him into the tin man and leaves him there.

Regina tells everyone what Zelena did. Zelena shows up. She isn’t going back to Oz. Regina is all she has. She was arrogant. She wants to help. The fairy used her magic to turn the crystals in the cave dark. Zelena has a plan to stop her magic which would cancel out the crystals powers.

Back to the past, Zelena returns home with the heart. She sits down to eat alone.

Present day, Zelena opens the box with the heart. She makes Regina promise she will look after Robin if something happens. She takes the heart into her hand. It turns all of the crystals back to their original state. She feels weak. Regina tells her that she has never looked stronger. She is proud of her. The black fairy is back to square one.

They all head to the shop to help Gold wake the blue fairy. He is reluctant, but his wife changes his mind. Gold tells them do to it. Emma crushes crystals over her. Her heart begins to beat. The black fairy is angry. The blue fairy knows her darkest secret.