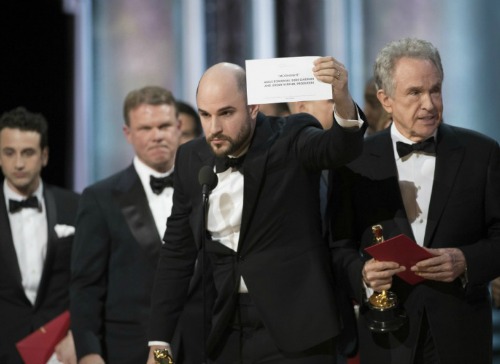 It looks like the two PricewaterhouseCoopers accountants responsible for the Best Pictures fiasco at the 2017 Oscars this past weekend have been fired. Reports indicate that while Brian Cullinan and Martha Ruiz will be keeping their jobs at PWC, but they will no longer be responsible for handing out award envelopes at the Oscars.

President of the film academy Cheryl Boone Isaacs said that Brian Cullinan handed the wrong envelope with the Best Picture winner simply because he was distracted backstage. He gave the wrong winner envelope to presenters Warren Beatty and Faye Dunaway, resulting in ‘La La Land’ announced as Best Picture instead of the real winner, ‘Moonlight.’

Brian Cullinan was too busy tweeting and sharing a photo of Best Actress winner Emma Stone on his Twitter account to notice his mistake. He later deleted the photo. After Brian realized his error, he quickly made his way onstage to retrieve the wrong envelope and hand out the right one in front of the entire audience. Many viewers have called it one of the most chaotic moments ever seen in Oscars history. 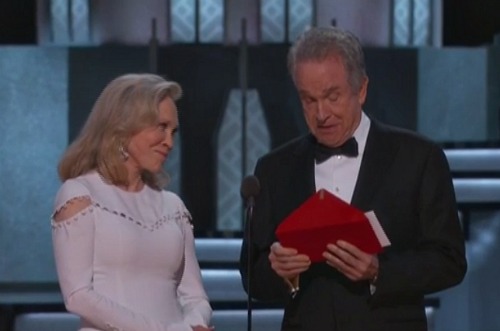 PricewaterhouseCoopers is one of the world’s largest accounting firms. Still, the firm has not explained how Cullinan mixed up the envelopes or why it took more than two minutes for anyone to correct his error.

Cheryl Boone Isaacs also stated that the academy’s relationship with the accounting firm is currently under review. But she did praise presenters Warren Beatty and Faye Dunaway for their professionalism throughout the entire ordeal. She also thanked Oscars host Jimmy Kimmel for taking charge of the situation. What’s more, she said ‘La La Land’ producer Jordan Horowitz showed both grace and class as he “went from a nominee to a winner to a presenter in a matter of minutes.”

Are you surprised that both Brian Cullinan and Martha Ruiz are keeping their jobs? Should they be fired for making their mistake? Let us know what you think by dropping us a line with your thoughts in our comments section below.