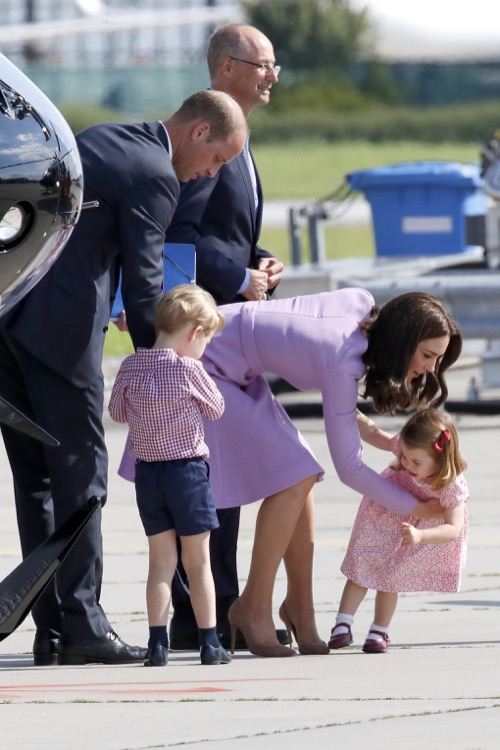 Princess Charlotte has managed to humiliate her mother Kate Middleton with an epic meltdown in public. The 2-year-old royal made it pretty clear that she’s had enough of the constant traveling both she and her brother had to deal with during Prince William and Kate Middleton’s official state tour of Poland and Germany this past week. And that’s why she burst in tears, much to her mother’s embarrassment.

Princess Charlotte absolutely refused to board the family’s private plane in Hamburg, Germany. She took a tumble on the tarmac and then refused to get up. At one point, she even pulled away from her mother, who attempted to console her. Kate Middleton struggled to get her off the floor as the 2-year-old tot cried, rubbed her eyes and then dragged her heels before the Duchess managed to pick her up. Of course, this is the last thing Kate Middleton wanted to deal with and especially in front of photographers. She doesn’t want to look like a mother who can’t control her own two children. Yet, that’s exactly what happened.

Many royal observers have noticed that both Prince George and Princess Charlotte have had a hard time pleasing their parents during their trip this week. In Warsaw, Prince George looked both tired and annoyed as he simply didn’t want to deal with another round of diplomatic handshakes in public. In fact, he looked like he would rather be napping at home than take part in Prince William and Kate Middleton’s charm offensive tour of Europe.

For the Duke and Duchess of Cambridge, image is everything. That’s why they agreed to bring their two children, Prince George and Princess Charlotte on their state trip to Poland and Germany. They want to be seen as the perfect royal family that is always poised, well behaved and of course, well dressed. But this time around, it didn’t happen. 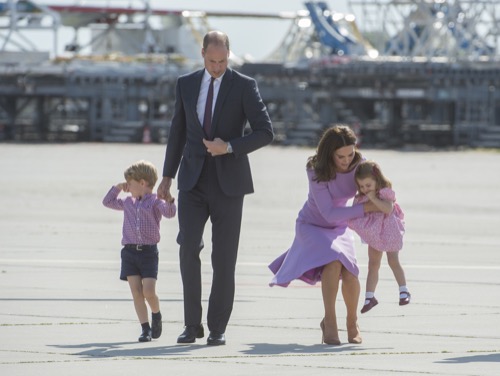 So far Buckingham Palace has not made any comments about Princess Charlotte’s meltdown. But at this point it’s safe to say that Kate Middleton won’t be bringing her children on foreign trips anytime soon. One epic meltdown in public is enough. She doesn’t want to be seen as a parent who can’t control her children, especially when the entire world is watching.

In the meantime, don’t forget to check back with CDL for all the latest news and updates on Prince William and Kate Middleton and the entire royal family right here.