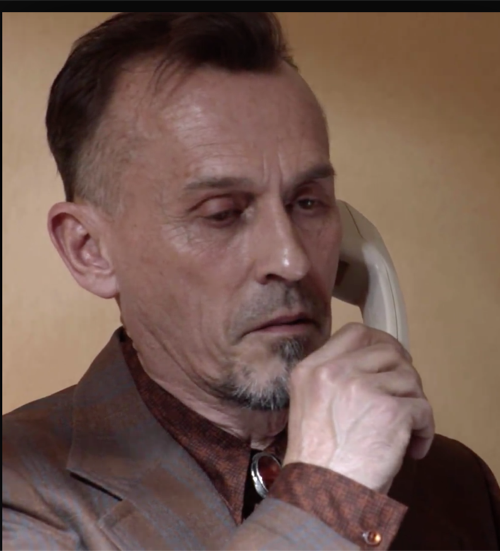 Tonight on FOX in the next chapter of their popular drama Prison Break a new Tuesday, May 9, 2017, episode and we have your Prison Break recap below.  On tonight’s Prison break season 5 episode 6 called, “Phaecia,” as per the FOX synopsis, “As Michael, (Wentworth Miller) Lincoln and the remaining Ogygia gang try to escape Yemen, they find themselves racing though the desert from a vengeful Cyclops. Meanwhile, A&W and Van Gogh question their roles as their pursuit of the escapees leads them to…Graceland.”

Prison Break Resurrection begins tonight in Yemen as Michael (Wentworth Miller), Lincoln (Dominic Purcell), and the other two prison escapees sit and wait for the streets to calm down. Ja (Rick Yune) admits that even on the outside he feels the world crushing in. Linc says that is what locked up does to you. Ja says he doesn’t want to hear the pill talk from Sid’s lover (Chris Adams) and he won’t give him the poor little orphan talk.

Michael jumps up and says they are going to make the walls go away, promising they will all escape but they doubt him saying he has burnt through all methods of transportation. Michael says he has to improvise but Linc says they can use Sheba’s (Inbar Lavi) guy, Omar (Akin Gazi). He admits he doesn’t trust him but he is their last option.

In New York at the Whitney Heights Police Department, A&W (Marina Benedict) makes bail and is released and learns Posiedon got Van Gogh (Steve Mouzakis) out first. Together they see a video proving Michael escaped but question why he killed Abu Ramal (Numan Acar). A&W doesn’t think they should question it, but Van Gogh disagrees; she reminds him Poseidon wants them to kill Kaniel Outis.

Linc finds Omar, who says killing Abu Ramal was a stupid move. He is set to leave to another village free from ISIL; he says because he owes Sheba he has another vehicle for them to take. He tells them were the vehicle is but one stays behind. Omar tells him to load up while Linc, Ja and Michael start the vehicle no problem; sensing something isn’t right. Omar knocks out the prisoner with him while the others realize he set them up when ISIL arrives to kill them.

Omar tells his hostage that its nothing personal and maybe in a different life they would smoke together. He puts another bag in his truck when Linc jumps out of the other car stopping him from leaving. After he is punched a few times, Omar says they need him because there is no maps out of there and he can lead him out.

Even though they don’t trust him, they need to follow him; Ja says they are desperate men right now. Omar apologizes to Sid’s lover/prisoner, saying when he is scared he makes poor choices, he tells him these past couple days have been the worst.

Agent Kishida (Curtis Lum) is asked for his predecessor’s files because she wants to know what is in them that would warrant Paul being killed. He tells her he has looked through the files and there is nothing but dead ends in it. He doesn’t want Paul’s death to be senseless but they need to look at the whole thing with new eyes. She stands up and tells him that he needs to look at the possibility there was an insider involved, anywhere along the evidence chain.

As soon as his superior leaves, he calls A&W inquiring about the Middle East situation, she tells him as soon as she has something he will know. A&W confirms to Van Gogh she worked for NSA for 10 years., horrified by everything she witnessed and was glad when Poseidon contacted her giving her a chance to do something about it.

Tricia (Tasya Teles) tells A&W protocol says she can’t help her locate Kaniel Outis, saying they do surveillance only. She will allow her to come in as an observer only if A&W can give her the exact weekend they had in Connecticut again. Van Gogh smirks at her.

Omar tells the prisoner that holding grudges is bad for the heart, when he finds fireworks in the back of the truck. He tells Omar shooting a roman candle through his heart is bad for him.

As Ja is sitting in the back, he pulls out a prescription bottle and Michael tells him he needs his big mind clean and clear. Linc answers the phone and it is Sheba asking if they found Omar? He tells her they found him and traveling. She says they are in Jordan and traveling to the US tonight. She tries to give him credit but he refuses. She tells him there is nobility in him; he offers to buy her a drink when they get back.

The agency manages to track the call and are sending a drone to the target in Yemen as A&W and Van Gogh look on; A&W smiles saying they just found their man and find 2 vehicles traveling West and watch as they stop to get as much gas as they can. Michael follows Omar inside, wanting to use the internet.

A&W is pleased they have no clue they are watching them as Van Gogh makes a phone call to an ISIL Lieutenant (Amro Majzoub) giving him Michael (Kaniel Outis) location as a sign of good faith.

Inside the gas station, Michael contacts someone named Blue Hawaii as ISIL cuts Yasser (Lee Majdoub) free from Sid’s dead body. They are told where the men who killed Abu Ramal are and leave, telling Yasser this is no longer his fight. Yasser doesn’t take no for an answer and hijacks a truck.

Ja says he likes it out there, no walls. Omar says if he likes this he will love Phaecia as it has no technology, no politics and no money nonsense. The prisoner says Freddy Mercury (Ja) couldn’t hack it. They suddenly realize they have problems and need to go. Michael tells him to take a screen capture as the others yell that they need to go.

ISIL begins to shoot at them, hitting Omar. The agency looks back at A&W asking how they knew where to find them. They have one bullet and the prisoner shoots the tanker, exploding and killing the terrorists. Michael suddenly comes around with Omar and they rush into the trucks when they see another truck approaching. They manage to take off into the desert but Yasser stops at the gas station to steal the guns from ISIL.

Michael stops the truck and tells the others they can’t go any further, telling “Whip” there are no roads and Omar is dead, so they don’t even know the way to Phaecia. Linc says they need to go back but before they make plans, Yasser begins to shoot at them causing them to drive further into the desert.

Before the agency continues with the drone, A&W and Van Gogh are told to leave as they realize its them who are on an assassination mission. A&W tells Tricia she is way over her head and should stop asking questions; she orders them to leave or she will blow the whistle.

Van Gugh worries she will talk and A&W says if he thinks about killing Tricia, she will kill him; he tells her to relax. She says she is tired of chasing him and Van Gogh wants to know why he spent so much time at the gas station when danger was right on top of them.

With the sun directly above them, they have no idea which way is East or West; they learn they are flying blind when there is no signal on the phone. Michael realizes its the same guy who killed Sid. Michael decides to syphon the gas from one vehicle to the other and they will use the other one to create a second set of tracks forcing him to chose who to follow.

They have to pick rocks in order to see who will be left behind, Linc refuses to leave Michael behind. Michael tells him to get to Phaecia and leave tracks so he can come find him. It works as Yasser follows Michael, who is unsure how to get out of it. Whip is upset they are leaving Michael behind but Linc says they had to follow what Michael said because when the world takes on Michael, the world always loses.

Michael realizes he is nearly out of gas as Ja tells Linc they have been looking wrong the whole time. They look up and see gulls who only have interest in water; Whip says they need to follow them as Ja says maybe they have GPS after all. Linc drives in the direction the birds take him.

Yasser follows Michael but suddenly loses him. He stops the truck, takes his gun and begins to search through the rocks; suddenly he sees Michael’s white truck driving again.

Linc and the guys arrive at Phaecia, where they are welcomed. They wonder why they have Omar’s car but no Omar. Linc says Omar had to go somewhere safe because of the war but gives them the supplies so they can arrange a boat for them.

Yasser drives to the white truck with a smile on his face. He quickly approaches the truck while Michael jumps into his red truck, but when he attempts to drive the wheels are stuck. Yasser shoots up the truck making it inoperable. Michael attacks him with a screwdriver; after they struggle, Michael stabs him in his only seeing eye.

Michael is bleeding after being stabbed as Yasser taunts him saying they will both die. Michael manages to drive the red truck away into the desert. Meanwhile in Portland, Oregon A&W and Van Gogh are able to see the picture of Michael’s tattoos that he sent to his friend. They go to see Blue Hawaii to see what it means. They are greeted at the door by a man dressed as Elvis asking what he can do for them.

Michael’s truck sputters to a stop as he hits the steering wheel in frustration. He wraps his wound in tape and looks for the tracks Lincoln was supposed to leave him.

Ja shares the fireworks with the children and says Omar was right, this place lives like the rest of the world doesn’t exist. Whip asks Linc if he is okay but he feels he shouldn’t have abandoned Michael and decides to go look for him. Ja says its too risky but agrees that they can’t just do nothing.

Its now nightfall and Michael is staggering through the desert; he finally falls to the ground with flashbacks of his brother Lincoln and his wife, Sara (Sarah Wayne Callies). He is about to pass out when he sees fireworks lighting up the sky not too far away. Lincoln stands on the truck and shouts his brother’s name as loud as he can.

Just as he feels defeated and says that is it, the villagers see Michael rushing towards them. Michael whispers that he needs a doctor but they’d have to go back to where they just came from; Linc says that’s not an option.