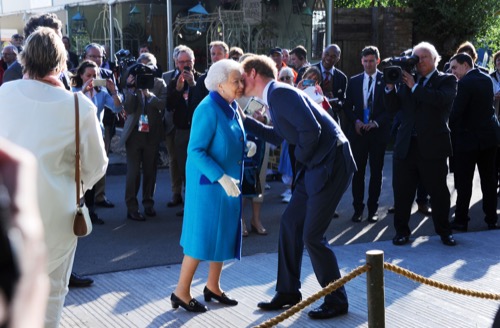 Queen Elizabeth is absolutely appalled that her grandson Prince Harry is thinking about breaking royal protocol with his girlfriend, Meghan Markle. New reports indicate that Harry and Meghan are looking to get married in a secret wedding, as they don’t want to make it a huge media event. Instead, they want to keep things simple and that’s why they are considering doing it completely on their own.

Even though Prince Harry is yet to propose to Meghan Markle, close friends and family say it can happen any day now. And once they get engaged, they’ll move pretty fast with their wedding plans. In fact, one source close to the situation even told Us Weekly, “They could get married somewhere private and elope rather than have a showy wedding.”

At this point, it’s safe to say that Queen Elizabeth would never allow Prince Harry to break royal protocol by marrying Meghan Markle in secret. Prince Harry might not like his royal lifestyle but at the end of the day he’s still a member of the British monarchy. He simply can’t just run off and get married somewhere private without her knowing about it first.

It almost makes sense that Harry and Meghan would rather get married in private rather than have a big, royal wedding just like his brother Prince William and Kate Middleton did back in 2011. But that’s not Harry’s style. One of the reasons why Harry loves Meghan so much is because she’s so down-to-Earth.

Sure, she gets plenty of media attention because of her romance with Harry, but she’s not the kind of person who is looking to make headlines. In other words, she’s not a Middleton. She would rather get married with just a few close friends and family than have a huge, pompous wedding with a guest list full of people that she doesn’t even know. 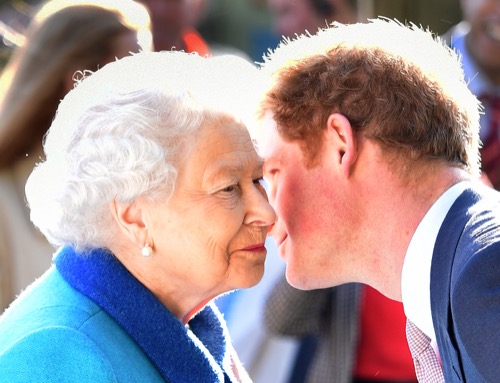 But then again, that might be Harry and Meghan’s biggest problem, too. Meghan just can’t change the rules. When she does marry Prince Harry, she’ll officially become a member of the British royal family. And she’ll have to abide by Queen Elizabeth’s rules, whether she likes it or not.

So far Buckingham Palace has not made any comments about Prince Harry and Meghan Markle’s wedding plans. In the meantime, don’t forget to check back with CDL for all the latest news and updates on Prince Harry and the entire royal family right here!