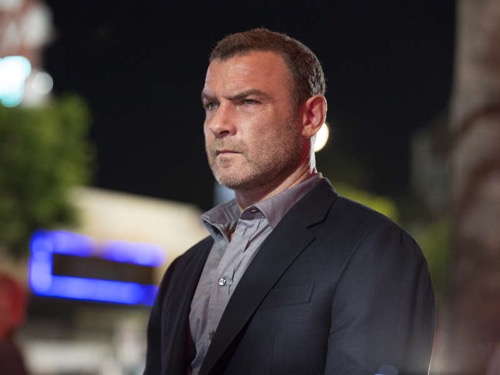 Tonight on Showtime Emmy Award-winning drama Ray Donovan airs with an all-new Sunday, October 8, 2017, episode and we have your Ray Donovan recap down below.  On tonight’s Ray Donovan season 5 episode 9 episode called,  “Mister Lucky” as per the Showtime synopsis, “Natalie’s fame puts Ray’s career in jeopardy when, for the first time ever, he becomes the story. Mickey and Daryll celebrate getting the greenlight on their movie. Terry prepares to leave the Fite Club behind for good. Bunchy gets in over his head; Bridget takes Smitty’s problem into her own hands; and Ray hunts down the source of Sam’s problems.”

Tonight’s Ray Donovan season 5 episode 9 is going to be exciting.  So be sure to bookmark this spot and come back from 9 PM – 10 PM ET for our Ray Donovan recap.  While you wait for our recap make sure to head over and check out all our Ray Donovan news, recap, spoilers & more!

Ray Donovan (Live Schreiber) takes a drink after he punches out his brother, Terry (Eddie Marsan) after he admitted to helping Ray’s wife, Abby (Paula Malcomson) kill herself. Terry says he will let him have that one and the only reason Ray doesn’t like him is because he is the only person on earth who has the balls to tell Ray the truth. He tells Ray to take a look in the mirror because he is pushing everyone away; Ray looks towards the bar and realizes he is entirely alone.

Ray sees a woman walk by and thinks its Abby and he chases after her, almost getting hit by a car; but when he reaches the alley, she is gone and he is standing on top of Marilyn Monroe’s Hollywood star. A young man offers him some company but he gets a call from Sam Winslow (Susan Sarandon) informing him that George (Keir O’Donnell) is missing and so is the box. He hangs up the phone, hands the guy some money and tells him to keep the garbage off Marilyn’s star and leaves.

Darryl (Pooch Hall) and Mickey (Jon Voight) are on the boat getting rid of Frank Barnes’ (Michael McGrady) body when Daryll gets a call about Mickey’s script; and he agrees to come in with his father tomorrow. Terry is at the boxing gym, grabs a drink, and begins jabbing in the middle of the ring.

Jacob “Smitty” Smith (Graham Rogers) is looking out the window when Bridget (Kerris Dorsey) turns on the light, worried about him. He complains it’s too bright and she goes to comfort him, helping I’m back to bed. He tells her he saw his dad and he whispered in his ear saying everything is going to be okay; but it’s not going to be okay since his dad died when he was a kid.

Ray is walking home as a bike riding passed takes several photos of him. He looks up to a beautiful painting of Marilyn Monroe, when Natalie James (Lili Simmons) asks if he is talking to her, but he tells her to just go back to sleep.

The following morning, Terry is woken up by Damon’s father, he says he wants to go 50/50 on the boy. Terry asks if that is Damon wants and confronts him about wanting to be with him after bailing on him at 13 and now that he has a chance at the big time he is coming out of the woodwork; he tells Terry he isn’t Damon’s father! Terry tells him if he hurts the kid, he will hurt him and tells him to screw off.

Bridget does some research for the neuro-oncology unit while Bunchy bails a friend (Dimebag) out of county jail. Ray wakes up, drinks a beer and ignores calls from Lena (Katherine Moennig). Natalie walks towards him in a towel when his phone rings again. Lena tells him to turn on the TV, where they are talking about Natalie hiding out with Hollywood fixer up – Ray Donovan and rumor has it she is pregnant. Ray quickly gets dressed and leaves without saying a word.

Ray smashes the host’s car, who says he can’t reveal his sources but finally admits it was Vicky Delgatti (Adina Porter). Sam calls saying George left with the box of evidence, he promises to find him and calls Lena to get all his information; he always wants Vicky Delgatti’s info.

Bunchy and Dimebag enjoy some food, Buunchy gives him $10 and returns with a mask. Sitting with their masks on, after they searched the apartment, with guns in hand but instead of Freddy (Orson Chaplin) it’s his son and wife and they learn he is probably with his girlfriend; they are determined to get the diaper bag with Bunchy’s money. They decide to go pay Destiny a visit.

Natalie says to Ray now that the world knows about them, maybe they can go on a date; he says he will see her later. Ray notices Mickey and Daryll walking on the studio lot and he calls frank Barnes saying they had a deal!

Mickey and Daryll watch the movie “Mister Lucky” and when it’s done Mickey wants to know what the hell was that. The screenplay was done by Antoine A’Shawn Anderson and produced by Daryll Donovan. Mickey is furious, demanding to talk to Jay White (Brian White); Daryll says there is no more contact with Jay. Mickey says he will take cash only, no checks! Triple A disrespects him as him and Daryll argue about who is out of line; Mickey walks out as Daryll tells him “it is a go” and he will take care of Mickey.

Mickey reminds Daryll he is 50% white and seems to have forgotten that while Jay needs to remember 70% of his audience is white and that is what’s kept him going. He isn’t pleased how Daryll is forgetting who he is.

Meanwhile, Bridget is on the plane, the man sitting beside her is watching the news with her father, Ray walking around with Natalie, while rumors run wild that they are together. Ray calls Abby’s phone, knowing she is dead but wanting her to know that he saw her and followed her last night and he loved her. When he hangs up the phone, it rings again, it’s Lena with George’s location.

Ray arrives at The Fist, he walks in through locked gates, having no idea what he is getting himself into. He spots George thoroughly enjoying himself. Ray asks George for the box; he tells Ray he would make an excellent James Bond and talks about Marilyn Monroe and Cary Grant being bisexual. He touches Ray’s face, he snaps his hand away as George says he is not telling him where the box is. He lets go of his hand and tells him they are leaving.
Ray brings George to Sam, she asks him to stay; telling George to shut up. Ray reveals that George gave the box to Vicky Delgatti. Sam sends George to her office, saying he isn’t in trouble. He leaves and she tells Ray he will call Vicky and find out who hired her.

Terry stares at a picture of him and Ray, takes a drink, grabs his bag and begins to leave the boxing gym. When he is looking for Ray, he finds Natalie instead. She invites him in but he hands her the keys saying Ray will understand.

Vicky arrives home after a run, when Ray grabs her from behind, choking her; he injects her and drags her to the couch. She is still somewhat lucid when he demands to know where the box is and who she is working for. He offers to make it stop if she will tell him who she is working for, he grabs a pen and paper, telling her to write it down. She writes Landry, meaning Doug Landry (Michael Gill). He says he will take care of it, but she says she has taken care of plenty of Landrys and for him to go home and play with his movie star.

Mickey is busy snorting drugs when he calls Jay White, telling him that Mister Lucky sucks and the movie is going to be made as Four Leaf or he will leak the video tapes. When Mickey hangs up, Jay calls out for his lawyer. Mickey goes to join all the strippers in the house, enjoying his high and being a celebrity along with Daryll.

Bunchy and Dimebag arrive at Freddy’s whore’s house, they sneak in the door and find the place empty. Micky begins to grab his money as Dimebag sees Freddy dead on the floor. Acid Man (Jake Busey) comes down the stairs in his underwear shooting at them, screaming for them to get out of his house; he shoots and kills Dimebag; a shot Bunchy pushes Dimebag out of the car.
Jay says Mickey and Daryll turned the accident into murder; questioning where the Sensei’s body is. Terry is drinking at the bar and smashes his bottle against the horses painting as Bunchy comes in all shot up, Terry wants to help but he wants Ray. At Ray’s place, Mickey and Daryll are having a full out party filled with strippers when Bridget walks in shocked and disgusted.

Ray arrives at a crime scene, rushes into the house looking for Natalie; he finds her murdered in their bed as her ex is laying outside on the ground.