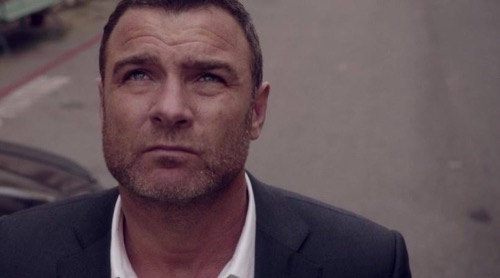 Tonight on Showtime Emmy Award-winning drama Ray Donovan airs with an all-new Sunday, September 24, 2017, episode and we have your Ray Donovan recap down below.  On tonight’s Ray Donovan season 5 episode 7 episode called, “Ray is forced to step in and save Mickey from himself; Terry returns to L.A. with a devastating confession; Daryll and Mickey butt heads over the direction of their movie; Bunchy helps out a fellow inmate, on the condition that he’ll help retrieve the settlement money; one Donovan goes to extreme measures to protect the family.”

Tonight’s Ray Donovan season 5 episode 7 is going to be exciting.  So be sure to bookmark this spot and come back from 9 PM – 10 PM ET for our Ray Donovan recap.  While you wait for our recap make sure to head over and check out all our Ray Donovan news, recap, spoilers & more!

The Mexican Drug Dealer speeds down the street, but when he stops Mickey Donovan (Jon Voight) attacks him and locks him in the trunk instead; he takes the man’s gun and phone and disappears. Terry Donovan (Eddie Marsan) goes to confession, talking about Abby (Paula Malcomson), who wanted to kill herself when her cancer got so bad. Terry claims to know that Abby is in heaven but it’s his own soul he is worried about. Terry walks out of the church and tells his niece, Bridget (Kerris Dorsey) that he needs to tell her father, Ray Donovan (Liev Schreiber) what he has done.

On the movie set, Ray walks with Natalie James (Lili Simmons), who is quickly whisked off to prepare for the movie. Daryll (Pooch Hall) meets with Antoine Anderson and tells him that Jay White (Brian White) can’t play a bank robber because it’s been done a million times; he tells Daryll that Jay is very sensitive to Mickey’s creative theme and intention.

They gather in Jay’s office, where they tell Daryll the changes to Mick’s script and Daryll doesn’t agree with it as Mickey is not willing to share the script credits and Jay tells him he can be producer who needs to keep Mickey in line and they will pay him accordingly. Antoine leaves the room, Jay says Mickey is a racist piece of crap and wrote the worst script in history but his man AAA cleaned up the script, they will make the movie and Mickey will hand over the tapes and they can all be on their way; he orders Daryll to see the light and make it happen.

Ray comes into the office and Lean (Katherine Mornnig) informs him that his father is there. Mickey reveals that Frank Barnes (Michael McGrady) arrested Bunchy (Dash Mihok) and confesses that Barnes came to him to kill Avi (Steven Bauer) because they got into business together. Mickey says they forced his hand as Ray calls his father stupid! Mickey says he lost Avi through the mix-up. Ray takes a drink and furiously calls Barnes and agrees to meet him, ordering Mickey to stay there; Mickey wishes he was gone and regrets hurting everyone.

In jail, Bunchy gets up and sits across from Dime Bag (Ryan Dorsey) and demands his money back but Dime Bag acts like he doesn’t know him. Bunchy says he isn’t screwing around, and wants his money from the robbery threatening that he doesn’t want to screw with him. Bunchy orders him up but the deputy tells Bunchy to go to another table as Dime Bag calls him a “monkey boy”.

Daryll comes to see his father, after Mickey says he had a rough night Daryll says Jay White loves his script “Four Leaf”, and has brought someone in to spruce it up; Mickey isn’t pleased. Mickey says Jay White isn’t making his main character a black guy from Harlem. Mickey tells him to take him home, ignoring that Daryll keeps pressing that its Jay White.

Ray tells Barnes he should have come to him first, and to get his brother out and he will take care of Avi. Barnes admits that him and Avi have been in business for months but he has become a problem, he murdered a DEA Agent and it won’t take long to connect it to him and then to Ray. Ray agrees to kill Avi if he lets Bunchy out but he wants him to put Mickey away, and that is the only deal.

Ray returns to the office and tells Lena everything that is happening and questions her about knowing that Avi killed a DEA Agent. Lena says she will kill Frank but Ray says he is the head of the FBI in Los Angeles. Lena is upset to know that if Frank doesn’t take out Avi, the DEA will but Ray says if Barnes goes down, they all go with him. Ray wants an address for Avi.

On the way home, Daryll continues to talk to Mickey about his movie by one of the biggest stars in the business but Mickey says Jay is not a “Michael”. Mickey says he never dealt with Harlem and Daryll reminds him that the script is fiction; Daryll gets offended when Mickey talks about which culture did what kind of crime and Daryll calls him racist; Daryll argues with Mickey about how he never considered his mother to be his equal and pulls over at the side of the road telling him to either respect him or get out. Mickey tells him that Bunch is in jail and it’s his fault. He admits he didn’t do right by any of his sons.

Terry arrives at the gym, who asks if he can have some privacy in the office for a moment. Ray stops the car and receives a call from Terry, who says they need to talk. Ray says it’s not a good time and will call him later. Ray gets out of the car, removes a gun from the trunk and walks over to the hotel Avi is staying at; he kicks in the door but Avi gets the jump on him and they struggle. Ray demands to know what he did as he punches him repeatedly in the face.

Avi says he was in so much pain and got hooked on the drugs, apologizing for not being there when Ray needed him. He offers Ray a locker key and begs him to take care of his mother; Ray tells him to get up. Mickey tells Daryll at the diner that Ray is going to kill Avi, but reminds Mickey that even if Ray kills him, Barnes will still have stuff to hold over his head. Daryll says when Barnes lets Bunchy out, they are going to pay him a visit.

In the makeup room, Ray calls the make-up artist who comes to meet him. Ray says they are telling the story that a man gets shot in the head and dies. Meanwhile, Mickey and Daryll are following Frank Barnes. Lena joins Ray, and Avi, while they play out the whole scene; Ray shoots him with the blanks and leaves as Lena records it.

In jail, Bunchy finds Dime Bag in the yard, threatening to expose him to the officer; Dime Bag stops him. He is very confused about the diaper bag and says “Freddie” asking Bunchy how much money was in the bag, but before they can talk more they are told to return to their cells.

Lena gives Avi keys and tells him to switch passports in Tijuana, but once he is in Columbia he is on his own. She hugs him and he tells her that he knows. Avi speaks to Ray who orders him to never come back and Avi says he is his brother and he loves him and needs him to know that; he says he knows Ray loves him too but Ray walks away without a word.
Ray shows Barnes the video, who is shocked at it but wants to know where Avi is; Ray says in the trunk of his car and Bunchy better be out by midnight, telling him that Mickey is parked across the street, with his brother Daryll and calls him a moron for looking. Ray says he doesn’t care what he does to Mickey but Daryll walks. Ray tells him to let Mickey rot and walks away. Barnes calls Mickey saying he is letting Bunchy out and will give Mickey his evidence in Chinatown, and to come alone or he isn’t getting anything. Mickey tells Daryll that Ray killed Avi and takes his car to go meet Barnes.

Dime Bag joins Bunchy in the TV room saying if he wants his money back he better not ID Dime Bag; he says his partner Freddie took all the bags and he was probably the one who called in his warrant too. Bunchy doesn’t reveal how much money was in the diaper bag, they use their pseudo names but are interrupted when the guard calls Bunchy saying he is “out”; but before he leaves he asks for the proper spelling of Dime Bag’s name.

Ray has a drink and settles on the couch when he notices Natalie is on the balcony, she comes inside, saying she would never take the jump but since he character wants to, so does she. She walks over to the couch, takes Ray’s drink, thanks him for helping her and they begin to kiss, but as she removes his belt, he stops her but they have sex on the couch.

Natalie sleeps in the bed, while he watches her from the chair, his phone rings and its Terry who insists on talking now; because what he has to, tell him cannot wait. Bunchy is released but no one is there to pick him up. He walks across the street to Bail Hotline Bail Bonds; he is filling out paperwork when Daryll calls him; lying, saying Mickey is at home. Bunch doesn’t want to talk to Daryll and hangs up on him.

Bunchy pays for Dime Bag’s bail as Daryll confirms that Bunchy is out of jail to their father. Mickey tells Daryll to get down when Frank Barnes arrives to meet him. Mickey demands the files that Barnes say are in his trunk; Mickey jokes that he has had bad luck with trunks. Frank pulls out handcuffs and demands Mickey to put his hands behind his back and the continues to read him his Miranda rights. Barnes points gun at Mickey’s head and Daryll shoots Frank in the head; Mickey is shocked saying he just killed the head of the FBI.

Ray meets Terry at the bar, who reveals he met Bridget’s new boyfriend, Smitty (Graham Rogers) and says he is sick like Abby was. He says Emily Chu had the surgery that Abby needed and Ray was right, Emily lived and is still alive. Ray pours a drink, sits beside Terry; He tells Ray he cannot blame Bridget no more as he was the one who gave Abby the drugs. When Abby died, it was him who gave her the drugs, he was in the room, helping her do it. Ray punches Terry in the face, knocking him to the ground and sits in utter shock.