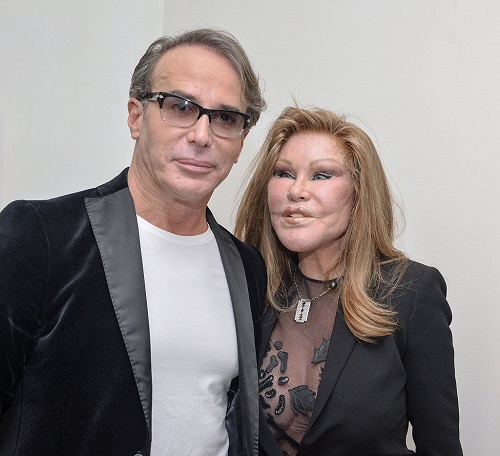 The real life ‘cat woman’ Jocelyn Wildenstein is reportedly engaged to her fashion designer boyfriend Lloyd Klein, months after the duo famously (or infamously) got into a public catfight.

The couple has been together for fourteen years, so under any other circumstance, this would have been an expected announcement met with celebration and applause. However, the fact that Jocelyn and Lloyd got into a very public argument and fight in December, which ended with Jocelyn scratching Lloyd’s face and chest and getting arrested, might have marred the occasion slightly.

For those who don’t know, the incident received widespread media coverage after Jocelyn Wildenstein scratched Lloyd Klein, followed by him throwing her in a closet, her calling the police after believing she was trapped, and then both getting arrested – her for scratching and assaulting him, and him for ‘pushing’ her. The two were banned from going within 1000 yards of each other or communicating with each other, but all charges were later dropped when the two insisted that the incident was just ‘blown out of proportion’. 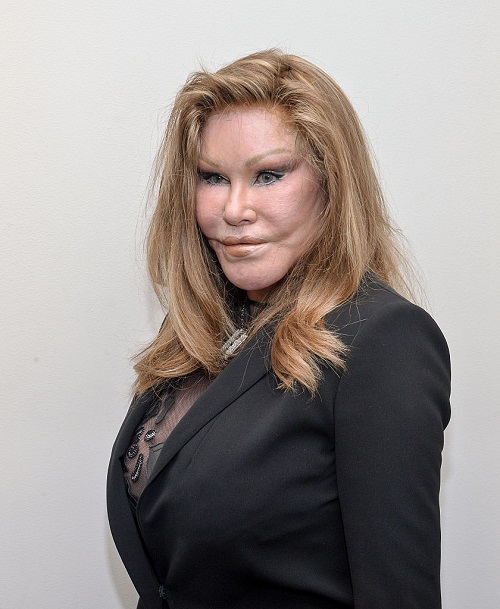 That ‘little’ incident told us all we needed to know about the state of their romance, but it seems that since then, the two have largely been on good terms with each other. Apparently, Lloyd has even been planning the engagement ever since the charges were dismissed, designing the engagement ring himself before proposing to Jocelyn at dinner at the Versace Mansion in Miami.

Lloyd Klein then immediately went to the Daily Mail with the news (as one does), telling them, “It was romantic, dramatic and wonderful. I showed Jocelyn the ring and she said “yes!” – she was in heaven.”Jocelyn, on the other hand, went one step further and posed for a photoshoot with the Daily Mail wearing her new and extravagant engagement ring, adding, “It doesn’t matter how much it cost. I have many rings and pieces of jewelry. I love this one because it came from the heart.”

The two continue in that vein throughout the whole interview, gushing over each other, justifying the extravagance of the ring, and praising each other in hyperbolic terms. Lloyd even says, “She is whimsical, magical, she has something to offer that nobody else in the world does. Her eyes are enchanting and she also has one of the most beautiful bodies I’ve ever seen. And I should know – as a fashion designer I’ve seen many beautiful bodies.”

Jocelyn has been divorced once before, back in 1999, after separating from her art dealer husband at the time, Alec Wildenstein. Although she kept his name and $2.5 billion dollars in settlements, she was only single for four years before she met Lloyd at a fashion show – and although he pursued her immediately, it reportedly took her a lot longer to warm to his advances. But alas, true love won out at the end, and two of the world’s most well-known tabloid figures will now resort to using their marriage for attention until the mileage on public attention runs out.

What do you guys think about Lloyd Klein’s proposal to ‘Catwoman’ Jocelyn Wildenstein? Let us know your thoughts in the comments below.