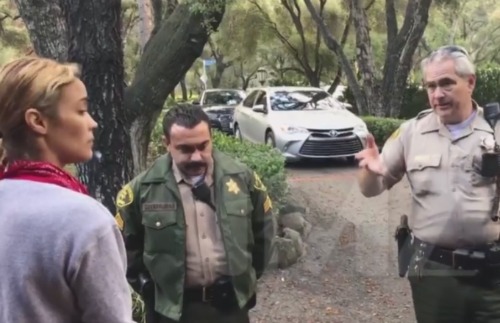 It looks like Robin Thicke has turned the legal tables on his ex-wife Paula Patton. Thicke called the L.A. Country Sheriff’s deputies for help and paid a visit to Patton’s home on Jan. 13 with a court order after she failed to turn over their 6-year old son Julian for a visit.

According to TMZ, authorities went right to Julian for his side of the story. He told officers that he didn’t want to go with his dad because he is scared of him. Patton looked visibly upset over the matter while authorities explained that they were just doing their job.

This latest fallout between Robin Thicke and Paula Patton comes after Patton accused the Blurred Lines singer of disciplining their son with excessive corporal punishment, aka spanking. The L.A. County Department of Children and Family Services is now reportedly investigating Thicke for child abuse. 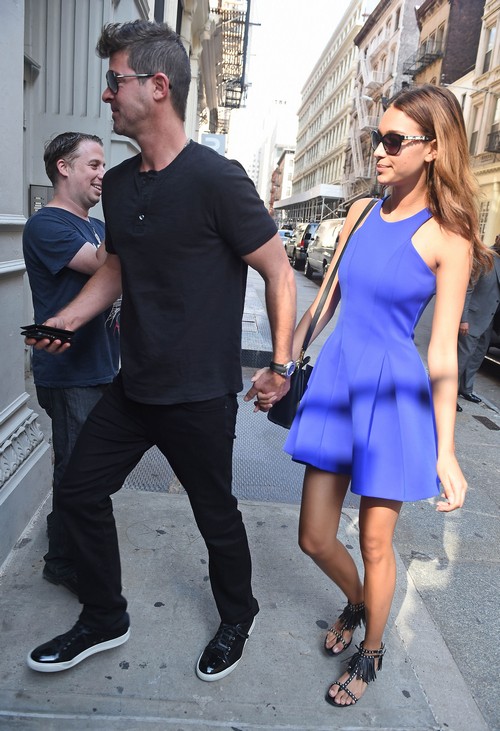 Thicke hasn’t fessed up to doing anything wrong, but did comment that he and Paula agreed that disciplining their child with light spanking was acceptable as a last resort. Concerns drew more serious though when Thicke’s son Julian told his school in early January about his father spanking him. Ultimately, corroborating his mother’s claims.

The Jan. 13 incident comes one day after Robin Thicke was victorious in a Jan. 12 court hearing where a judge refused to limit his custody to daytime monitored visits only. An associate of Thicke’s has since revealed that the 39-year old singer and Paula Patton are cooperating with each other and the law to reach a legal agreement on custody terms for their son Julian.

Things seem to be getting worse for the former lovebirds who married in 2005. After Thicke cheated, Patton filed for divorce in February 2014 following an 8 month separation where Robin Thicke did all he could to win his estranged wife back. To no avail, the couple’s divorce was finalized in 2015.