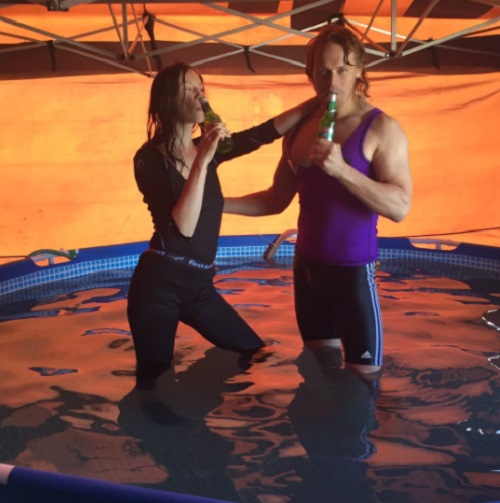 Sam Heughan recently admitted that he had a difficult time filming intimate love scenes with his co-star Caitriona Balfe for ‘Outlander’ Season 3. He said that while the two co-stars know each other well, the scenes were perhaps the most difficult ones he’s had to do for the series so far.

Speaking to Gold Derby, Sam explained how he and Caitriona love to “go at it with each other.” But when it comes to getting naked and filming love scenes in bed, it’s not that easy.  Sure, Sam and Caitriona have lots of on-screen chemistry with each other, but there’s just something that holds Sam back while he’s shooting his scenes with her. He says it’s because he can’t get passed the technical aspect of it.

He told the site, “Myself and Caitriona, we both relish anything that’s quite dramatic, anything where we get to really go at it with each other, really tear chunks out of each other. The opposite of that is the intimate scenes are always very difficult, just technically difficult.” 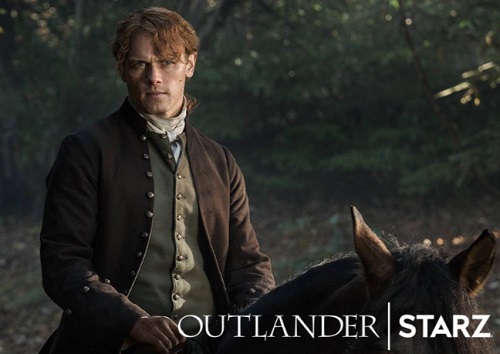 Then again, a lot of fans believe that one of the reasons why Sam Heughan might have had a hard time filming scenes with Caitriona Balfe is simply because he still has strong feelings for her. They won’t admit to it, but a lot of their fans believe that they are romantically involved behind closed doors. They see it in the way the two of them flirt together whenever they are on the red carpet or doing joint interviews. Sam is often playful with Caitriona while she can’t help but smile, giggle and flirt with him in front of the cameras.

Plus, if Sam Heughan and Caitriona Balfe are together, they won’t be able to hide their romance forever, especially if they continue to work on ‘Outlander.’ Fans have been speculating about the state of their relationship for several long months now. They know that the truth will come out sooner rather than later. Sam might be fiercely private about his private life, but there’s no denying that his body language does say a lot when he’s standing next to Caitriona. 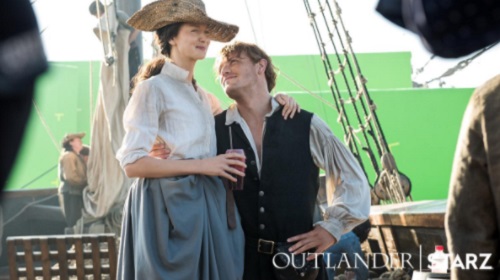 ‘Outlander’ Season 3 is expected to return to the Starz network in September. In the meantime, don’t forget to check back with CDL for all the latest news and updates on Sam Heughan and Caitriona Balfe’s romance along with ‘Outlander’ Season 3 spoilers right here.

Real reason they leave stunts until the last day..incase @SamHeughan steers you into a log.. #facefirst #stillOuch pic.twitter.com/JqNqOMByUP