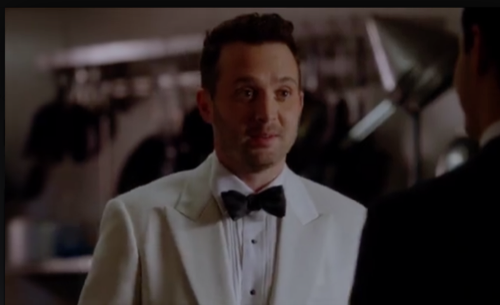 Tonight on CBS their hit drama/comedy Scorpion airs with an all-new Monday, May 1, 2017, episode and we have your Scorpion recap below!  On tonight’s Scorpion season 3 episode 23 as per the CBS synopsis, “The team help Toby and Happy race to the altar to say “I Do” after a simple job extinguishing a tunnel fire becomes catastrophic.”

Paige came back for the wedding. She had wanted to support her friends and be there for the happy day however, like everyone expected, it was awkward. But what made it awkward was the fact that Walt was still clinging onto his story that he fired Paige because she was no longer needed which was a lie. The team did still need her and finding out that she had gotten replaced by Ray had truly added salt to the wounds. So the one person that spoke their mind was Ralph. Ralph had told Walt that what he did wasn’t ok and that he would do something about it if he was bigger because Walt had hurt his mother.

However, the adults were different. They pretended like nothing was wrong and even ignored seeing Paige roll her eyes at Ray’s antics yet Ray truly was annoying at his job. He believed in tough love, taking a number to discuss certain things, and he also wasn’t much help when came to Team Scorpion’s actual job. So Paige had stepped in when she saw that she was needed and she had tried to get everyone back on track. She had talked to Happy about her vows and she had tried to reassure the other woman that it was ok that she didn’t have anything yet so she downplayed the situation until she could talk to Toby.

Toby had written pages of vows and so Paige tried to make him realize that they might make his bride feel guilty about not being able to come up with so much. Yet, Toby told Paige that Happy would be just fine. He said that she was a wordsmith and so he didn’t doubt that she would come up with something eventually though the job did sort of get in the way of that. Happy, Walt, Sylvester, and Cabe had gone out to deal with a tunnel fire that unfortunately met a cold front that was feeding and so the guys got caught up with trying to it before it could blow. And, well, they didn’t have a lot of time to stop it.

The fire was traveling fast and their first option on fixing it hadn’t worked out, but they called Toby and were receiving his help as well as Paige’s. Paige did everything that she could to help and she was even looking at old tunnel systems when she got a call from work. Though she hadn’t been in any trouble. It was just her boss who had apparently forgotten that she was taking a personal day and so a quick reminder from her had made him realize that she wouldn’t be having breakfast with the personal chef. So Toby later had something to say about that because he had been surprised that Paige was living the high life.

Toby said that maybe the reason she didn’t bother calling them or coming to see them was because she was too busy with her new life. But Paige reminded Toby that she had been dismissed and so he came back at her. He said that that meant she couldn’t work there anymore and not that she couldn’t be friends with them anymore. So that forced Paige to deal with the unpleasant truth. She had ditched her friends because her pride had gotten hurt however she wasn’t the only one realizing her mistake. Walt had also thought about things after his confrontation with Ralph and he wanted to know how he could make things better.

However, Ralph refused to budge. He was angry and he made Walt know that it even as he helped the guys with their tunnel fire. So Walt had then turned to Cabe. He had wanted to know what he could do to fix things with Ralph and Cabe told him that unfortunately children can be set in their ways because the world was a little more black and white for them yet just as they were talking there appeared to be a problem with the tunnel. The guys had come up with a plan to stop the fire and the plan would work except both Cabe and Walt were taking too long to evacuate the tunnel. And so the guys had to get out of there fast.

They ran through the tunnels and they had knocked down a wall cutting them off by ramming it with one of the carts left behind. Yet, Cabe got out and Walt remained trapped behind him and so there was this desperate rescue because Walt couldn’t be trapped behind the wall when the fire came seeing as there were several ways he could die. So the team all came together to pull Walt out of there and getting him some oxygen though the saving a little town in Wyoming as well as rescuing one of their own had taken up a lot of their time. And the team didn’t know if they could get back home in time for wedding.

Paige had booked them the last flight out of town and she hoped they could make it time. Though unfortunately they ended up being just a little too late to catch it and so the wedding was called off, but Paige didn’t let things end there. She kept working on alternate plan and she somehow pulled a wedding off in two hours as a way to make it up to her friends for ditching them because she realized that they were her family. So Paige did the impossible. She got a wedding together at the last minute and that had brought everyone together. And so the reception had been the right time for Walt.

Walt had told Paige that he was in love with her and that was the real reason he fired her. But Paige had surprised him by telling him that she loved him too. So the two had snuck away to make out in the closet and they had gotten caught by everyone however it was ok. The others thought it was about time and the bridal couple even decided on a group honeymoon with everyone so that they could all have time away. And so the day was ending on a happy note when suddenly the plane experienced some turbulence that had seemed to be too serious to ignore…