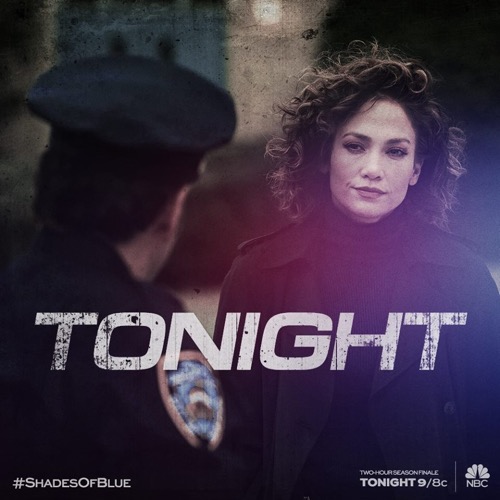 Shades of Blue airs on NBC tonight with an all new Sunday, April 2, season 2 episode 13 called, “Broken Dolls,” and we have your weekly Shades Of Blue recap below. On tonight’s Shades of Blue season 2 episode 13 as per the ABC synopsis, “In the Season 2 finale, Wozniak (Ray Liotta) faces the ally who betrayed him and makes his most difficult choice yet. Meanwhile, Stahl’s plan to take Harlee (Jennifer Lopez) down for murder finally pays off, forcing Harlee to get dangerously close to the man who’s obsessed with her.”

Harlee didn’t know what would happen next though like Woz she wondered if it was ever going to end. Yet, sadly for Harlee, Stahl was listening to her conversation with Woz. Stahl continuously found ways to bug her or those near her. So he heard it from Woz’s own mouth that Miguel was buried in the area where they used to bring Cristina when she was small. He had later found Miguel’s body or what used to be his body in a bucket. Woz turned Miguel into soup and they made Miguel practically unidentifiable except there were also screws. Miguel had gotten injured in prison and the screws were in his knees and so Miguel was easily identified to be the victim though Stahl didn’t leave things there.

Stahl also sent a complete file to Verco. The files had everything on Miguel like why the place he was found was so significant and what his relationship was with both Harlee and Woz. Though that wasn’t all. The file also detailed the shovel that was found in Harlee’s trunk and that it was found on the night she had taken Nate to the hospital. So Verco had enough to grill both Woz and Harlee for hours. He tried to turn them against each other and even tried to tell them that they would get lesser sentences if they came forward, but ultimately neither of them gave the other up and Verco was forced to let them go. And the two met up afterwards to figure out how he knew so much.

They knew it couldn’t be a coincidence that Miguel was found so soon and that Verco had information on them that they hadn’t been expecting. But they wanted to know how he knew and so they landed on bugs/listening devices. They figured out that Stahl must have still been listening in on them and so they both wanted to get rid of the bugs before he attacked again.  However, Woz had to leave Harlee to search her apartment alone while he went after Julia. Julia was at her election party because she knew that she would become the next Mayor-Elect. So Woz crashed her party and brought her to a room alone when he told her he knew.

Woz played the tape of her betraying him and she had pleaded with him to keep it quiet like he had expected she would. However, Woz knew that he might be weak with her and so he had given Nate the go ahead before he went to see Julia. So the news broke about her arranging an assassination for NYPD officers and that she had been in collaboration with the mob yet Woz gave Julia an out. He helped her hold the gun and she killed herself after she found out that she really did win the election to become mayor. And so Julia went out in the blaze of glory that she wanted.

Yet, Woz and his crew that had dealt with ruthless drug dealers had tried to finish Stahl. They had planted evidence at Stahl’s apartment to make it look like he had killed Miguel and then Harlee was supposed to drug Stahl so that they could move him. Except Stahl got the upper hand on Harlee and he kidnapped her. So Woz and the others went to her place and found out that Stahl had made it look like Harlee ran before she could get pinned for the murder though everyone that knows Harlee would also know that she would never leave her daughter behind so the crew planned on looking for her.

Only Verco had tried to get in the way of that. He stopped by Harlee’s place and found everything there, but he thought that Harlee had run and wanted to arrest Woz before he could do the same. Though Woz being Woz was brutally honest with him. He said that the Stahl was a federal agent that was obsessed with Harlee and that if Verco got in the way of them finding her that he would kill himself. So that had surprisingly been enough for Verco to look into the matter. He went to Stahl’s apartment and saw for himself how obsessed Stahl was with Harlee. And Woz had also gone to the bureau for help.

Woz admitted that he knew the FBI were feeding information to IA as a way to blow up the case and set Stahl loose. But he was willing to overlook that if he could get their help in finding Stahl. Stahl had apparently been sleeping with his former partner’s wife and so Woz wanted to know where the two met up for their trysts. Woz believed that Stahl was so obsessed with Harlee that Stahl could have turned their real relationship into an illicit and romantic like he had before. So that had helped narrow down the search because Stahl’s former lover had a house upstate and Woz had ultimately gotten the location.

So Woz and the others were running out of the door to find Harlee when that kid they helped, Adrian, ran up to them. He said the drug dealer they had put away had also gotten his guys to take his mom and that Woz was supposed to protect them. However, Woz had tried to tell the kid that he had to do something first before he could look for his mom when suddenly Adrian shot him. The kid had been pushed into assassinating Woz to get the police off his stepfather’s back and unfortunately, Woz was bleeding right as Harlee needed him the most. She had gotten into a struggle with Stahl and she was bleeding out too!