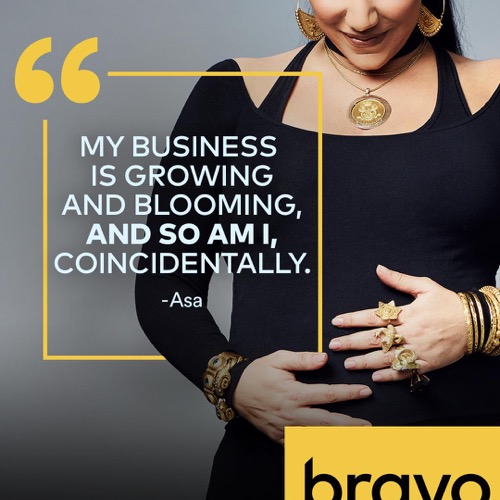 Tonight on Bravo, Shahs of Sunset continues with an all new Sunday, July 30, season 6 episode 3 called “Hava Nagila, Hava Tequila,” and we have your weekly Shahs of Sunset recap below. On tonight’s Shahs of Sunset Season 6 episode 3 as per the Bravo synopsis, “Tensions soar as plans for a trip to Israel cause divisions. Also, Reza plans a “Peace in the Middle East” costume party; GG tries to be responsible at a fashion-week runway; MJ and Tommy take a step toward becoming parents; and Asa manages her business.”

This week on Shahs Of Sunset Reza is meeting up with Mike for lunch. The two men discuss the holidays. Mike is sad. He says “I lost someone that I thought I was going to spend the rest of my life with and it has made me think about my family in Isreal that I haven’t seen Isreal in ten years.” Reza says “I think we should go. We have been talking about going for awhile now and I think we should just do it.” MJ joins them and Reza tells her “Mike and I have been talking about something and I want to take your temperature on it.” He then mentions the trip to Isreal. At first MJ is not going for it. She tells them “I can’t go. My dad is in the hospital and I can’t be away from him.” Reza tells her “This is exactly what you need. A break from your dad, your mom and Tommie.” Finally, MJ agrees and tells Reza “Book the flight and hotel before I change my mind.”

GG is preparing to walk in Erick Rosette’s fashion show. She is super excited, but nervous at the same time as Erick is giving her pointers about her walk. He tells her “One of the worst things models can do is to look down. Another issue we have is when models walk down the side of the runway because it ruins my shot.” GG’s mom is there and she is looking over the designs critically. GG asks her “What are you doing, fixing his designs?” Erick laughs and her mom says “No. Just looking.” Erick then tells her “There will be over 100 cameras at the fashion show. “ This seems to intensify GG’S nervousness. She says “What happens if a model falls off the runway?” Erick laughs and says “Everyone notices.”

Reza heads to the Hand Pop Room to pick up decorations for his Peace In The Middle East Halloween party. Destiney meets up with him and asks “Why are we here?” Reza tells her “I’m planning a Peace In the Middle East Halloween party. Maybe you can help me find little gems for it.” As the two of them look around they find all kinds of cute stuff for the party. Reza then asks her “Have you ever been to Isreal?” Destiney says “No,” He says “Would you ever consider going? We’re all going.” Destiney is excited and agrees to go with them.

MJ and Tommy are out on a date. MJ is really intent on having a baby. She tells him “Let’s just get an ovulation kit and have a baby.” Tommy is astounded by her request. He tells her “Before we have a baby there are some things we have to work on before we have a child. I have to cut back on smoking and you have to cut back on drinking.” MJ agrees. Tommy asks “What’s the rush?” MJ says “i want my parents to enjoy my children and as we get older having children may become more difficult.” The two decide to wait on using MJ’s frozen eggs and try to get pregnant naturally. MJ says “So does that mean you are going to go buy the ovulation kit tonight and we are going to get started?” Tommie says “Yes!”.

The night of the fashion show arrives and GG is nervous. To add to the chaos Janice Dickenson steals the outfit that she was supposed to wear. At first GG is super pissed, but then Erick decides to change the order and have GG close the show.

Reza talks to Shervin and GG about the trip to Israel. Neither one of them is really into it. Mike says “I have business over there that could be damaged. Reza seems shocked by what he is hearing. He says “We aren’t going to make a political statement. It’s just a vacation.” GG says “Well this has to be put on hold for a few minutes.” She then steps out on to the runway and looks absolutely gorgeous until she nearly takes a tumble.

Asa, Shervin and GG go out to go shopping for pumpkins to carve. They are talking about the proposed trip to Israel. Shervin says “Will we be safe there? I don’t want to go somewhere that we’re not safe.” GG’s biggest concern is the fact that she is from Iran and the Israelis don’t like Iranian people. Asa says “Maybe we can all sit down and talk to Reza about our concerns so that he’s not offended.”

MJ and Tommie take the ovulation test to see if it is time for them to begin working on their baby project. Tommie tells MJ “If you’re ovulating you’re getting the hammer right here in the kitchen.” MJ laughs. The ovulation test comes back negative and MJ says “Let’s go get a steak!”

Shervin and Mike are helping GG move out of her old apartment. While they are moving GG brings up her concerns about the trip to Israel. She tells him “I don’t want to go unless the president of Israel says it’s ok for me to be there. I just don’t want to go and not be accepted.” Mike understands her fear. He tells them both “My family is wonderful and there is more to Israel than just the religious aspect. My family would make sure you feel welcome.”

MJ is preparing for Reza’s Halloween party. She invites Tommy to come along but he declines. Reza has decorated the house to look like an Israeli market to try and help get his friends on board with the trip to Israel. GG is the first to arrive. Mike is next and he looks to be dressed like Moses. Everyone then arrives all at the same time and the party truly begins!

Everyone is having a great time. Reza says “This is what needs to happen in the Middle East.” GG is still not on board with going on the trip. She says “I still can’t get on board with a country that wants to nuke Iran.” Shervin is a bit more laid about his reservations. GG and Reza begin to get heated. Asa steps in and says “At the end of the day we all need to respect each other’s differences and try to get along.” Reza asks GG “We are all going Israel. Are you coming?” She breaks down and says “Yes.”.