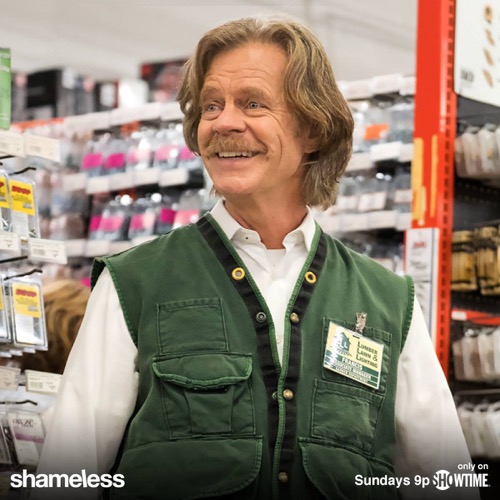 Tonight on Showtime the uniquely twisted and highly entertaining show Shameless returns with an all-new Sunday, December 10, season 8 episode 6 called, “Icarus Fell and Rusty Ate Him” and we have your weekly Shameless recap below. On tonight’s Shameless episode, as per the Showtime synopsis, “Fiona reflects on her life after a tenant dies. Frank gets a credit card.”

Tonight’s Shameless season 8 episode 6 is going to be great, and you won’t want to miss it. So be sure to bookmark this page and tune in for our coverage of Shameless tonight between 9 PM – 10 PM ET! While you wait for our recap, make sure to check out all our Shameless spoilers, recap, news & more, right here!

The show opens with Fiona and Ness talking as they work in the basement. Soon Fiona noticed water dripping from the ceiling and goes to Mrs. Cardinal’s apartment to see where the water is coming from. She doesn’t answer the door so Fiona lets herself in and can’t believe the amount of stuff in the apartment. She finds Mrs. Cardinal lying dead and naked on the floor. It appears she has slit her wrists. Frank and the boys wake up and start the day. Ian offers one of them $10,00o to kill Fiona. He says it would be a public service. Frank gets a credit card in the mail. He reports it is first non-fraudulent card ever.

The next scene is of Lip and his friends talking about Brad. They are worried because he didn’t show up for his meeting. The last time he went on a bender he disappeared for three weeks. The group debates what to do and Lip decides to go looking for him. Kevin and Veronica have sex with another woman and he gets angry when he thinks she is more sexually satisfied by the woman then by him. He threatens to go have sex with a man. The police interview Fiona about Mrs. Cardinal but she says she doesn’t know much. Fiona decides to keep Mrs. Cardinal’s dog.

Kevin goes to the coffee house and talks to Ian. He asks him when exactly he knew he was gay. As they talk a man at the end of the counter pays for Kevin’s coffee. Kevin asks if he is hitting on him. The man says he just tries to do a good deed every week. Kevin is disappointed that he wasn’t trying to fuck him. Lip talks to Cami to see if she has any idea where Brad is. She is very angry because she and Brad waited four years to have a baby and as soon as the baby is born he goes off the wagon. If Brad wants to kill himself she wants nothing to do with it. Lip tries to use her phone to track Brad down.

Kevin goes to the gay beach and watches the guys working out. Debbie wakes up in bed with Tom and asks if they had sex. He says yes and they didn’t use protection. She freaks out and says she knows she is pregnant. She only has 37 hours to get the morning after pill. She asks him to watch Franny and to borrow his car. He agrees. Frank uses his new credit card to pay for his drink at the bar and to shop online. He is thrilled with his newfound ability. Debbie searches the pharmacy for the pills but they are fresh out.

Fiona starts to clean out Mrs. Cardinal’s apartment as Debbie is rejected from buying the morning after pill at the next pharmacy that has them because she is only 17. Lip and the guys find Brad’s truck but he is nowhere to be found. Debbie stands outside the pharmacy and asks the first woman she sees to buy the morning after pill for her. She says yes and takes her money. Kevin asks several guys at the bar if they have ever explored other guys sexually but they say no. The woman tries to steal Debbie’s money and she attacks her.

Fiona starts to read several of Mrs. Cardinal’s letters and learns more about her. Frank buys a new car and picks up the boys from school. He continues to use his newly found credit to make purchases. Kevin continues to question his sexuality. Mrs. Cardinal’s niece comes to the apartment but says she hasn’t seen her in years. Lip is able to follow Brad’s tracks to a donut shop where he finds Yoli. She gives him a tip on where to find Brad. Fiona tries to make up with Ian but it doesn’t go well and they continue to fight as he leaves. Kevin tries to hook up with a guy in the bathroom but can get a hard-on and realizes he isn’t gay.

Fiona returns to the apartment and is sad to see all of Mrs. Cardinal’s belongings being thrown away. Lip finds Brad. Kevin returns home and tells Veronica he isn’t gay. She appreciates he tried. Brad tells Lip he can’t be a father. He just can’t. Lip tells him he fucked up but he is going to start over. Debbie is in jail and only has 45 minutes until it will be too late to take the morning after pill. Frank is laid off from his job as the whole store is being closed. Debbie gets out of jail and gets her pills with only seconds to spare. Brad goes home but Cami won’t take him back.