BY Sarah Luoma on June 19, 2017 | Comments: Leave Comments
Related : Reality TV, Recap, So You Think You Can Dance, Television, TV 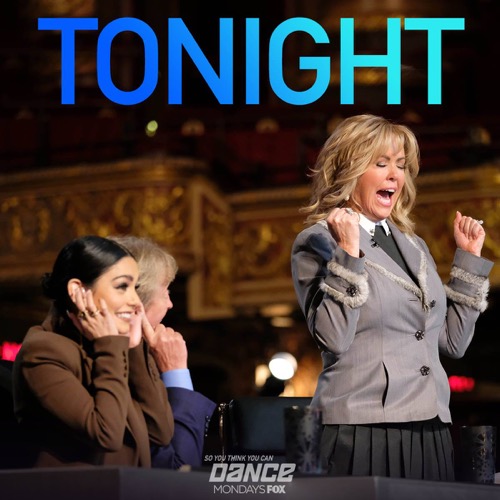 Tonight on FOX their Emmy-Award Winning So You Think You Can Dance premieres with an all-new Monday, June 19, 2017, season 14 episode 2 episode and we have your SYTYCD recap below!  On tonight’s So You Think You Can Dance season 14 episode 2 called “Los Angeles Auditions #2” as per the FOX synopsis, “The second round of auditions in Los Angeles, where dancers between the ages of 18 and 30 compete for a spot at “The Academy” callbacks. Vanessa Hudgens is the guest judge.”

The auditions continue in Los Angeles. Tristen and Jensen are the first couple to audition. They have been dancing together for years. Nigel asks them if there is a romance going on. Tristen says no. They will perform a samba. Mary thought some of their connections were weak. Vanessa thought they danced beautifully. Nigel tells Jensen that it was girls like her that got him into dancing. They will move forward.

Cody, a 25-year old horse rider, comes to the stage wearing a belly dancing costume. His inspirations are Britney and Shakira. He will perform a hip hop fusion/belly dance. Mary tells him he doesn’t have enough in his routine to call it fusion. Vanessa thinks it is great he is doing what he loves. He does not make it to the next round.

Next up, a young teen whose parents choreographed for Mariah Carey and Michael Jackson. She performs and has all kinds of energy. Nigel loved her. Mary thought she was on fire. Nigel invites her mom up. They dance together. She is selected for the next round.

Matthew, an 18 year old, used to hate dance. He fell in love with dance at 12. He will perform a contemporary piece. Nigel thinks he has an amazing center. Mary thinks it was mind-blowing. His leaps seemed so weightless. Vanessa thinks he was amazing. He is going to the academy!

Dassy from South Korea moved to the US so she could be on the show. Season 3 inspired her. She is 26 and lives in New York. She will perform hip hop, but suddenly her number features popping and locking. Vanessa loved it. Mary thought she was great. Nigel thinks she was so creative he tells her she is moving forward.

Blessin attended an all-girls school in Baltimore where she learned how to perform step. Now that she has graduated, she wants to raise awareness for the art of step. She performs solo. Nigel, Mary and Vanessa all love her passion and her performance but they aren’t sure how she would fit on the show. Nigel invites her back with her team to perform.

Next up, the judges watch a variety of triple jointed dancers show off their moves. Mary has to look away while Mary eeks!

Justin hits the stage next. He is full of life with his hat and bow tie. He is from Georgia. He has been living in LA for 2 years. His performance was amazing! Mary loved his transitions. Nigel loved how he juked and glided down the stage. Vanessa thought he was really good. He is moving forward to the academy!

The remaining contestants will learn a routine from Mandy Moore, the choreographer from La La land. They all perform. Nigel lets Blessin go, but he tells her she should come back to the show. Twenty-three others received their tickets.