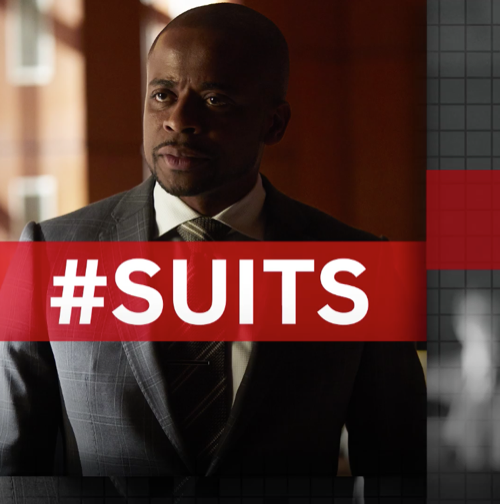 Tonight on the USA Network their critically acclaimed drama, Suits returns with an all-new Wednesday,  August 16, 2017, premiere episode and we have your Suits recap below. On tonight’s Suits season 7 episode 6 called, “Home To Roost,” as per the USA Network synopsis, “Mike deals with blowback on his prison case. Harvey struggles to tell Donna about his relationship with Paula. Louis’s past poor behavior comes back to haunt him.”

Mike is drinking his morning coffee. Rachel comes in. He has been thinking about what she said – about his word not meaning anything; which is why he is going to keep his word to Oliver. If he tells Harvey now it is the same as if Harvey catches him later. He sleeps better knowing he is helping these people.

Paula comes in to see Harvey. He has just woken up in her bed. She is happy to have spent the night with him but he needs to go she has patients. He asks Paula if he should tell Donna about them. She thinks he already knows the answer to that and is just looking for confirmation that it is okay.

Mike and Oliver meet with Frank in jail. They need to know who his source is before they pay him.  The case goes to court tomorrow. They need the name now. He isn’t talking until his bank account is full. Mike explains that he can’t pay him until he knows he has valuable information. Just ask the prosecutor he worked with 7 years ago that didn’t want to see the case through.

Mike and Oliver visit the former prosecutor. She tells them that she tried to pursue the case but nobody cares if prisoners are treated badly. They want her files or they will subpoena them.

Frank Gallo called and told Donna that Mike and Harvey better not screw him over.  She tells Harvey who questions Mike. Harvey doesn’t know why Mike would want to deal with someone who tried to kill him.

Rachel asks Louis why he is making Brian sign an affidavit saying he was nice during his evil escapade in the office. Louis confesses that that Stephanie is suing him for sexual harassment.  Rachel refuses to go visit Stephanie. Louis sends Katrina, who tries to talk Stephanie into keeping quiet. The people in Stephanie’s new firm think she left Harvey’s firm because she couldn’t hack it. Suing Louis make it look like she was harassed and left for that reason.

Harvey sees Alex. Alex is upset because his client (the prisons) is now facing a class action suit. It’s the same case Mike has been working on secretly. Harvey figures this out and tries to find Mike who is missing. He asks Rachel. She claims she doesn’t know.

Harvey visits the Mike’s client’s house to confirm that Mike is still on the case. Harvey finds Mike and tells him to step away from the case or Harvey will show up at the court case and tell the judge Mike signed and broke an agreement.

Katrina reports back to Louis to tell him that Stephanie isn’t backing down. She hands Louis an agreement to sing. He refuses, he has been sued for sexual harassment before. It will look like a pattern.

Mike comes home. Rachel is angry. She gives him an ultimatum. He needs to work at the clinic or at the firm, but she isn’t lying for him anymore.

Paula was in the neighborhood so she visits Harvey. She wants to get dinner. He has had one hell of a day. She asks him if he told Donna about them. He didn’t get a chance, he explains. She thinks he didn’t tell Donna because he knows she is in love with him and it will affect their relationship. Harvey denies it. He leaves to find Donna.

Mike tells Oliver he can’t be part of the case. Oliver freaks out. He can’t get up in front of everyone. Mike gives him some tough love by and tells him to man up.

Louis finds Stephanie. He will do whatever she wants but he can’t admit to sexual harassment. She doesn’t care. He shouldn’t be trying to talk to her. They argue further. Stephanie tells him she is going to wipe the floor with him and take all of his money. She will never have to work again.

Harvey tells Donna he has been seeing Paula. Donna tells him she knew all along. In fact, she has been waiting for him to tell her. He smiles. She tells him she wants to hear all about it but it will have to wait until tomorrow. She has a ton of work. He agrees and leaves. Donna is upset. Rachel comes in and asks if she is okay. I don’t know, she tells her. She just got some news she didn’t see coming. Rachel tells Donna she also received some news – they have both been called to testify against Louis in Stephanie’s case against him.

Harvey brings Paula Chinese and an apology. She lets him in. He tells her he told Donna.

Katrina reports to Louis to tell him that he is in a mess after seeing Stephanie. She tells him about Donna and Rachel being subpoenaed. Brian stops by and tells Louis he too has been subpoenaed. Maybe he should apologize.

Louis goes to see Stephanie. He explains that his pregnant fiancé left him the night before he lost it on Brian and her. Even though she was having someone else’s baby he was happy to be a dad. She tells him she was hurt by his words that no one would ever have a child with her.  She is scared she will never meet anyone. He is so sorry. She tells him she will drop the case.

Oliver is addressing the judge when Alex walks in and tells the court that his firm has been helping the clinic. Oliver denies it and refuses to take the stand. Alex calls Mike who is in the back of the court room. Mike is forced to stand up and confess that he broke his agreement. The judge dismisses the case.

Donna finally breaks down and tells Rachel her complex feelings about finding out that Harvey is with Paula.

Mike heads into Harvey’s office. Why did he tell Alex? Harvey tells him he didn’t. Alex comes in. The 3 of them fight.

Louis pays Donna a visit. He wants to thank her for breaking down his wall of denial. She tells him that he can take his associates back. He heads over to see Brian. He tells him to go home and apologizes for being so relentless and calling him undedicated.

Donna brings Harvey the key he gave her to his apartment. She explains that she didn’t know he was with Paula. It stings, but not in the way he thinks. She is happy for him.

Harvey has been thinking. He pays Alex a visit in his office. He wants to know why Alex was so public about sharing that Mike had been working that case. He asks Alex what is going on?