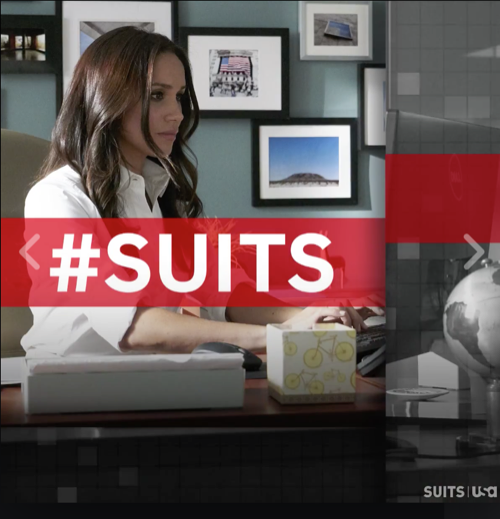 Tonight on the USA Network their critically acclaimed drama, Suits returns with an all-new Wednesday,  August 9, 2017, premiere episode and we have your Suits recap below. On tonight’s Suits season 7 episode 5 called, “Brooklyn Housing,” as per the USA Network synopsis, “Mike  (Patrick J. Adams) juggles his work obligations with his promise to help a hurting family. Harvey asks for Louis’s discretion in handling a sensitive matter. Donna vets a possible addition to the firm.”

Mike is trying to leave early to meet with Oliver. Rachel wakes up. She is worried about him burning the candle at both ends, unaware that he is working on the case Harvey prohibited him from. Mike meets with Oliver for a meeting with a plaintiff on the case he isn’t supposed to be working on. Nathan shows up unexpectedly. Oliver and Mike tell him that they are working on a different case.

Harvey visits Paula. She has a lawyer for an issue she is having. Harvey wants her to use Louis. But she declines. She can deal with her issues.

Mike and Oliver meet with a plaintiff. He tells them that the guards moved him on the night their client, Chris, died. Mike thinks they set it up that way.

Harvey visits Louis in his office. Harvey tells him how Paula is being sued. He wants Louis to help. Louis asks why he doesn’t help her. Harvey tells him he is dating Paula. Louis agrees to meet Paula and not tell Donna about the two of them.

Mike tells Oliver to continue working the case. He needs to get to the firm before Harvey wonders where he is.

Harvey meets a client who has had his technology stolen. Harvey gives his pitch and warns the man that if he doesn’t hurry his product will go to market. The client gives him 3 days to prove himself.

Louis meets Paula. He tells her that she needs his help and that he won’t break attorney client privilege. Paula doesn’t want Harvey to know. The man suing heris her old boyfriend and partner. He is suing her because she treated his patients when they split.

Donna enters Louis’ office. She wants to know if he and Harvey are all right. She saw them huddled up. He tells her that Harvey needs him to work on a personal matter for him. But he can’t say what.

Harvey is approached by a lawyer, Mrs. Cromwell, who he destroyed in the industry. She wants him to hire her. He tells her he has a lot on his plate.

Harvey meets with the CEO of the company who stole his client’s technology. He warns him, but the man doesn’t care.

Mike and Oliver meet with an inmate. He isn’t willing to talk, but they talk him into telling them what he knows. He is told by the guards to fight with the new guys that come in. He isn’t told why.

Harvey meets with Louis. Louis tells him he met with Paula and she has agreed to accept his help. Louis tells Harvey that is all he can share. She is his client now.

Donna catches up with Harvey. She asks him if he is okay with Louis. Louis told her he was doing something for Harvey. He tells her not to worry. They are fine. He is fine. Donna tells him he has a client in his office. He gets upset. Why didn’t she tell him. Donna is annoyed.She is the COO now, not his secretary. He walks off. The client wants to know what he did in the meeting today because the company who stole his

She is the COO now, not his secretary. He walks off. The client wants to know what he did in the meeting today because the company who stole his technology has moved up their launch. Harvey better make some progress soon.

Mike and Oliver can’t find a paper trail for any of the prisoners picking fights. Mike thinks they need to look at the other prisoners they owned.

Harvey asks Rachel where Mike is. She explains that Mike has been working hard. Harvey just wants to see him in his office.

Mike visits a prisoner he knows. He tells him he will help him with his sentence if he gives him info about the guards and fighting. The man tells Mike to go
screw.

Louis meets with Paula’s ex and his lawyer. He threatens Louis. He knows Paula is with Harvey. Louis argues that has no bearing on their current case. They disagree.

Harvey meets with Cromwell. He will hire her if she can tell him how his client’s competition stole their technology.

Louis meets with Paula. She should have told him she was seeing Harvey when he was still al client. She tells him that isn’t true. He needs to know the truth.She admits that after her

She admits that after her ex-broke up with her he changed his mind. Louis needs to know what that means?

Donna tells Harvey it is a bad call to hire Cromwell as a consultant. Donna thinks they need to vote. Harvey tells her that she needs to tell Cromwell herself that the firm isn’t going to hire her.

Mike talks to Rachel. He promises her that he will take a break from the clinic once the case is over.

Louis meets with his shrink who draws similarities between Paula’s case and Louis’ soft spot for her ex who so badly wanted her back.

Donna meets with Cromwell who tells her Harvey was the one who forced her to betray her own firm. She always lived by a strict code. She gives Donna the papers Harvey needs before leaving insulted.

Mike returns to meet the prisoner he knows. Mike tells him that if he helps him there is a large settlement in it for him, money that could help his daughter for the rest of her life. He prisoner agrees, but 1st he needs some of the money.

Louis meets with Paula’s ex and his lawyer. Louis accuses him of stalking her. He knows he has been following her. He hired an agency to watch her. His lawyer is surprised. They drop the suit.

Mike goes to meet Oliver, but Nathan is there instead. He knows that they have been working on the prisoner case. he isn’t going to tell on him though. Because he is screwing over Harvey and the clinic will get the win.

Harvey visits Donna. He needs a check for Cromwell. She has decided to do one off jobs, not join the firm. They talk. Donna tells him that she misses their talks.

Harvey meets with Paula. He knows about how her ex-boyfriend stalked her and it isn’t from Louis. She didn’t want him to know she was cheated on because woman who are cheated on are usually seen as unloveable. Harvey reassures her that he doesn’t see her any differently.

Mike comes home late. Rachel asks him where he has been. She went to the clinic and he wasn’t there. She wants to know what is happening. He admits he has been working on the prison case. She reminds him that it is a fireable offense.