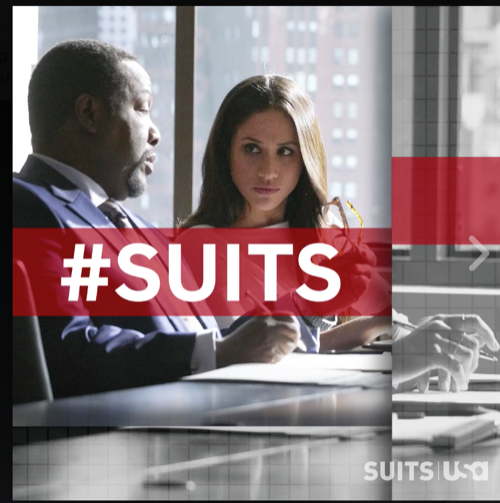 Tonight on the USA Network their critically acclaimed drama, Suits returns with an all-new Wednesday,  September 6, 2017, premiere episode and we have your Suits recap below. On tonight’s Suits season 7 episode 9 called, “Shame,” as per the USA Network synopsis, “Mike proposes a power move to boost business, but Harvey’s past complicates matters; Rachel is surprised when her dad offers a chance to join forces; and Louis mentors Brian.”

Harvey and Mike arrive at a local gym to try and get them to drop a lawsuit against his client. Their lawyer is a man who knows Harvey, but who Harvey doesn’t remember. They worked together for 3 years. The man’s revelation surprises Harvey and Mike.

Meanwhile, Brian and Louis meet with a CFO of a company who has taken their client’s idea. Louis threatens him. It doesn’t do much until he insults Brian’s skills at being a a lawyer and a father. Brian goes crazy on him. Louis loves it!

Harvey and Mike arrive back at the office. Harvey tells Mike to tell him what is on his mind. Mike is concerned that this guy has it out for him. Donna cuts in. She remembers him. He is dangerous. He spent years envious of Harvey during his prosecutor days and now he is out for revenge.

At the deposition for Harvey and Mike’s client, Harvey’s former colleague struggles to keep himself in check.

Mike wants to cut a deal on behalf of their client. Mike thinks the woman is guilty. While talking about what the other thinks they realize that the whole thing is a trumped up charge. The next morning, they arrive at the judge’s chambers. Harvey tells the judge how the prosecutor doesn’t care of his client is guilty or not. He told his client so.

Louis gets a phone call. The lawsuit Brian sent over refers to their client’s product as being superior, therefore different, making the lawsuit pointless. Louis loses control when he tells Brian he is off the case. He calls him worthless. Gretchen sees this. Louis goes to the bathroom. She follows. She tells him that he better watch how he talks to the associates or she will knock him the hell out.

Harvey and Mike are celebrating with a drink. They are on the verge of winning the case in record time now that Malick, his former colleague, has yet to produce evidence. Malick arrives unexpectedly. He hands Mike a couple of documents. Before he leaves he says hi to Donna and jokes about her being in the same place in life as the last time he saw her. Mike reads over the documents. Harvey wants to know if it is bad. Yes, Mike tells him. He has the smoking gun, the body and more to back up his claims.

Gretchen comes in to Louis’ office. Brian is dropping off his resignation. He is mad that Louis treated him that way. He is going to quit. Gretchen tells him that he screwed up the case and lost the firm a client. If he was a man, he would stay and clean up his mess. And another thing, don’t talk shit about her boss. She walks off.

Harvey and Mike show up at their client’s office. They want to know about the evidence Malick has on her. She tells them she didn’t write the memo they showed her. They accuse her further of holding back information. She corrects them and then demand they do their job. Harvey and Mike talk it over. Malick is trying to steer their attention somewhere else.

Rachel and Robert work on the pro bono case together. They reminisce over their past and the times they last worked together.

Louis approaches Brian to apologize. Brian tells him not to. He made the mistake. He worked all night to rewrite the case against them. Louis reads it. It is brilliant.

At court the next day, Malick tells the judge that the memo he wants to turn in for evidence exists but has disappeared because Harvey has hid it. The judge gives him additional time to get it.

Louis thanks Gretchen for putting up with him.

Robert and Rachel sit awaiting the individuals they dispose for their discrimination/fraudulent lending case. When their first witness arrives and she is a woman of color, Rachel is thrown off. Robert doesn’t care. He gets loud and angry, telling them that he is going to get to the bottom of it all.

Donna has been subpoenaed by Malick. They will need Louis to help prep her for trial.

Louis arrives back at his psychiatrist’s office. He reveals that he hasn’t been in a while because he didn’t want to be judged. He can’t get Sheila out of his head. Not Tara.  Sheila and he broke up because he wanted a baby. Now he will never get a baby.

Rachel wants to know what is going on with Robert. He confesses to Rachel that this case is to get even with the CEO of the company, a man who sexually harassed his sister in law. He fired her and ruined her life. At the time, Robert was too young to fight.

Harvey and Donna find Louis. They tell him that they need his help. He doesn’t want to prep Donna, it is too personal and it upsets him to upset her. Donna tells him she needs him. She needs him to protect her.

Donna shows up at Rachel’s. She tells her how she met up with her ex-boyfriend who is married., but ran off.  Rachel asks her if she regrets putting Harvey over this guy. Donna replies that she is mad she put Harvey over herself.

Louis shows up at Brian’s. He is there to help with the baby. Brian is surprised and thrilled. He heads off to bed leaving Louis with a crying baby.