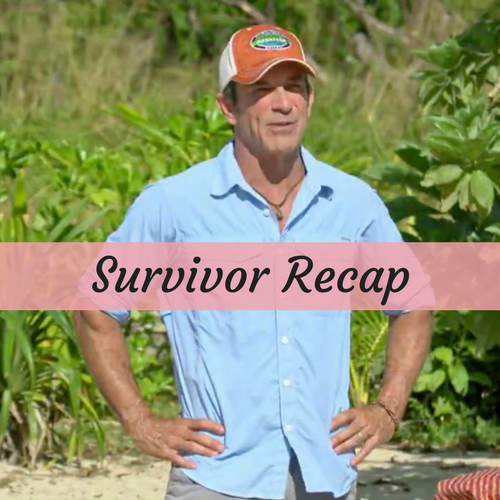 Tonight on CBS their Emmy Award-winning series Survivor: Millennials vs. Gen X airs with an all-new Wednesday, March 15, 2016, episode and we have your Survivor: Game Changers recap below.  On tonight’s Survivor: Game Changers Season 1 episode 2 called, “Survivor Jackpot,” as per the CBS synopsis, “The castaways drop their buffs for a tribe swap and the game starts from scratch for one set of players. Later, one castaway leaves his tribemates stranded in the ocean so he can search their camp for the immunity idol.”

The tribes gather on the beach and Jeff announces that Tony was voted out the night before. Everyone is told to drop their buffs. Jeff has each contestant pick a wrapped package. They each open them to find their new buff. The y go from two tribes to three. The green buff’s are Tuvia Tribe and is made up of Cirie, Zeke, Troy, Ozzy and Andrea . The Nuku Tribe is JT, Sandra, Makayla, Debbie, Jeff, and Malcolm. Mana Tribe is Caleb, Brad, Hali, Tai, Debbie and Sierra.

JT gets the whole team to go out on the raft fishing and then makes up an excuse to go back to camp to look for an idol. He is gone so long that everyone gets suspicious that he is looking an idol. The five agree that JT will be the one they vote off if they lose the challenge.

Tai and Caleb convince the other tribe members to vote off Hali if they are sent to tribal council. Zeke works to get Ozzy and Andrea on board with voting off Troy if possible. Troy senses their plan and goes looking for an idol. He finds a clue to where the idol is hidden and is confident he will be able to figure it out.

Day 8 starts with JT trying to catch a goat for Sandra. He thinks if he is successful it will guarantee him immunity at the next counsel. With Malcolm’s help they catch a mama goat but none of the other tribe members want to kill it because of the babies. Sandra is the only one who wants to eat it. Makayla points out that they have chickens so they should let the goats go. Everyone agrees and the goats are released.

The challenge for immunity involves 3 members being tied together and working their way through a course. They have to move water with them and once they reach the target the other 3 members have to complete a puzzle. The last team to finish is up for tribal council. The first team to finish gets to pick which comfort item they want, pillows or spices. The second place team will get the left over comfort item.

Nuku is in the lead from the start with Tavua a close second. Nuku gets their second bucket of water in place before Mana gets their first bucket in place. Nuku starts working on their puzzle first. Mana is in second but Tavua is right behind them. Nuku wins the challenge and has immunity. They pick the pillows as their comfort item. Tavua is in second and get the spices. During the challenge Troy finds the idol but won’t need to use it just yet. Tribe Mana loses and will have to vote to send someone home.

As soon as they return to camp the Tribe Mana members start politicking. Hali is very worried that she will be voted off but Caleb is also nervous. Tai wants Hali to go but Sierra worries that Tai and Caleb are too strong of an alliance. Debbie is also uncomfortable with the Tai and Caleb alliance. Brad wants Tai to make the decision for the team. Tai is torn due to his friendship with Caleb.

The voting begins and Caleb votes for Hali. Jeff tallies the votes and Caleb is sent home. THE END