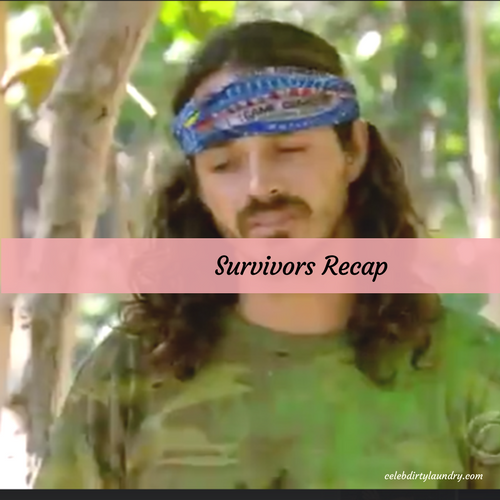 Tonight CBS airs Season 34 Episode 4 of Survivor: Game Changers, April 12, 2017, and we have your Survivor recap below. On tonight’s season, 34 episode 7 called “What Happened on Exile, Stays on Exile,” as per the CBS synopsis, “Emotions run high when the game begins to take a toll on one tribe, and castaways try to pull themselves to safety at a physical immunity challenge.”

Debbie joins the Nuku Tribe. She plays up how terrible Exile was not letting on to anyone that she had it great. Tau regrets putting Ozzy’s name out there during tribal council. He is afraid he will be targeted. Jeff is very angry that he was blindsided at council but he doesn’t show it to anyone. He tries to strength his bond with Zeke and he thinks Zeke is sincere.

The tribes meet on the shore and Jeff explains their next reward challenge. The members have to work together to release a key. Then they will use the key to unlock a bag of balls that must be thrown into a basket. The team to land all five balls will win pizza and soft drinks. Ozzy, Sierra and Mikayla take the lead for their tribe. Debbie gets the balls quickly adding to tribe Nuku’s lead. Mana finally gets the balls but Nuku had three balls in while Mana has zero. Ozzy lands the last ball and Nuku wins.

All of the members of Mana are very down that they lost the challenge. They are all so hungry. Everyone is in tears talking about how hard it is and Brad really opens up. Aubry and Cirie were both moved by his sharing. They have a strong bond. The Nuku tribe is thrilled to eat their pizza. Everyone sings Ozzy’s praises at his performance during the challenge. Jeff thinks he is too strong and needs to go home next. The merge is coming soon and Ozzy is just such a threat.

Day 18 starts with the immunity challenge which requires that four tribe members of each tribe have to swim out to a raft, pull the raft to different stations where a tribe member then dives down and releases a ball that is put into a bag. Once they have all 13 balls the remaining tribe members will have to spell out a word using the balls. The first tribe to spell out the correct word will win immunity.

For Mana Tau, Zeke, Sierra and Brad will swim. For Nuku Troy, Ozzy, Audry and Sarah will swim. The teams reach the rafts at the same time and are neck and neck as they pull their rafts to the first station. Ozzy takes the lead for Nuku when he easily gets the first ball. Brad struggles to get the balls while Nuku has all their balls are start working on the word puzzle. Nuku can’t get the correct word and Mana spells out Metamorphosis quickly to win immunity.

Jeff and Ozzy go on a walk and the rest of the tribe talk about who should go home. They can’t decide between Ozzy and Jeff. Jeff realizes that he can’t trust Zeke and plants a seed with the girls that Zeke and Ozzy are working together. No one knows who to trust.

Jeff starts talking at tribal council and tells the group Ozzy and Zeke are in a secret alliance. He says they have to vote out Ozzy. He asks Zeke why he hasn’t told anyone that he is transgender. Everyone goes crazy with anger toward Jeff. He had no right to out Zeke on national TV. His gender identity has nothing to do with the completion and they can’t believe he just said what he said. Jeff insists he was trying to show that

Zeke couldn’t be trusted because he wasn’t being honest but everyone is in shock. Zeke appears devastated. Ozzy tells Jeff he should be ashamed of himself. Jeff tries to apologize but everyone tells him what he did is too horrible. Everyone understands that Jeff was desperate but Zeke was not open to the world. While Zeke is upset he is also strong. He hopes that perhaps he can help a viewer who may be struggling by being a role model in some way. There isn’t even a vote. Everyone agrees that Jeff has to go home.