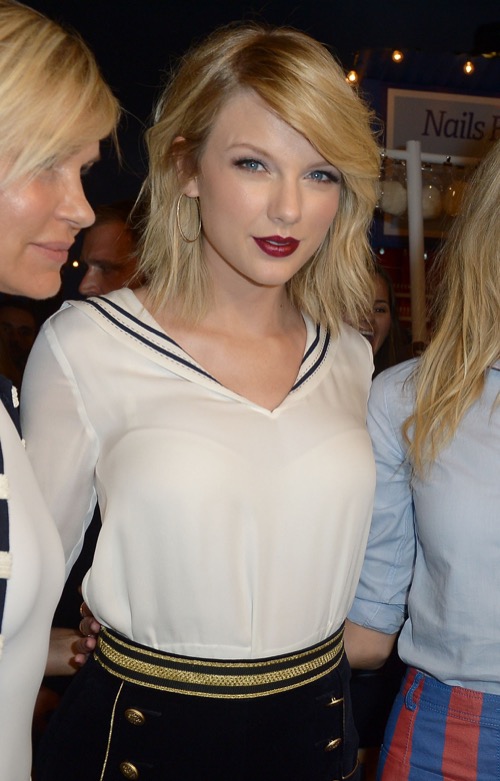 Taylor Swift and Joe Alwyn’s romance might not last very long. That’s because the British actor is refusing to be a puppet in their celebrity romance. New reports suggest that Joe might have been a no-show at Taylor’s 4th of July bash at her beach house in Rhode Island this week.

Apparently, this year’s soiree was nothing like Taylor Swift’s ‘Taymerica’ summer bash she had back in 2016. Taylor along with her A-list squad of friends, Gigi Hadid, Karlie Kloss and Cara Delevingne all had the time of their lives partying in red, white and blue swimsuits and posing for Instagram photos on the beach. While photographers were expecting to see Taylor and her friends frolic in the sand like they did last year, no one was there. Some reports even say that Taylor’s boyfriend Joe Alwyn skipped out on the party as well.

Clearly, this wasn’t a holiday to remember for Taylor. She loves all the media attention she gets for her Instagram photos. But this year it didn’t happen. Many believe that her boyfriend Joe Alwyn refuses to be a puppet in her public showmance. He doesn’t want to make the same mistakes Calvin Harris and Tom Hiddleston made before him. That’s why he hasn’t been seen in any of Taylor’s social media photos.  As much as Taylor is not used to it, Joe is making it pretty clear that he wants to keep their romance under the radar. He doesn’t want to look like a fool, especially when they break up.

Plus, a lot of Taylor’s fans feel as though all of her friends have abandoned her. After all, 2016 wasn’t Taylor’s best year. She found herself caught in one celebrity feud after another. Her ex-boyfriend Calvin Harris slammed her on Twitter, she got into a public fight with Kim Kardashian and Kanye West and her relationship with Tom Hiddleston ended pretty badly, too. And now it seems like no one in the celebrity world wants to associate with her. That, or they simply aren’t returning her phone calls and texts. Whatever the case may be, it’s safe to say that Taylor might be looking for new friends and even a boyfriend to party with these days.

So far Taylor Swift has not made any comments about her summer party plans or her Joe Alwyn romance for that matter. In the meantime, don’t forget to check back with CDL for all the latest news on Taylor Swift right here.