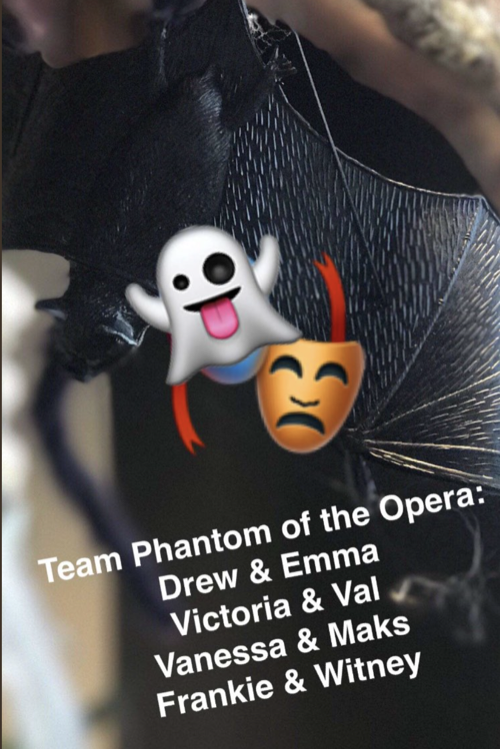 On tonight’s episode as per the ABC synopsis, “the celebrities, and their pros will be grouped into two teams with each performing a dance to celebrate All Hallow’s Eve. The two team captains were chosen because they had the lowest cumulative scores across the season, and they were given the chance to pick their teams in order to help boost their rankings with both the judges and viewers. The team dance scores will be combined with the celebrity’s individual dance scores for a final tally.”

Judges’ comments – Carrie Anne: Words fail me, that was by far the best and most exquisite team dance ever. Len: Call me Andrew Lloyd Webber as that was the most polished, team dance I have ever seen. Bruno: I am telling you, that was a splendid, theatrical extravaganza. The choices were absolutely genius. It was flawless in construction. (Tom has to move it along). Scores: Carrie Anne: 10 Len: 10 Bruno: 10 Total: 30/30