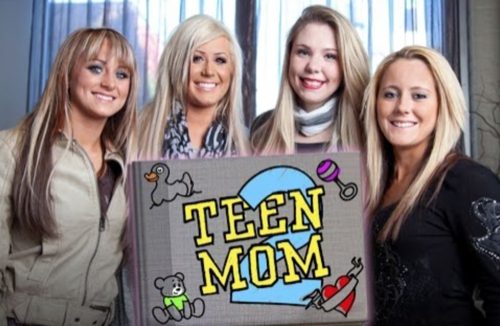 Tonight on MTV their series Teen Mom 2 continues with an all new Monday, January 9, 2017, season 8 episode 2 called “Deja Vu” and we have your Teen Mom 2 recap below. On tonight’s Teen Mom season 8 episode 2 as per the MTV synopsis, “Addie misses her father; Chelsea Houska meets with Adam Lind’s ex; Jenelle and Nathan appear in court and Kailyn Lowry starts summer school.”

It sounds like Teen Mom 2 is going to have another amazing season and will be an awesome show.  So make sure to come back between 9PM – 10PM ET for our Teen Mom 2 recap.  While you wait for our recap make sure to check out all our Teen Mom recaps, spoilers, news, photos and more, right here!

Kailyn was finding it difficult to adjust to the move out of state. She had left behind her friends and family to move for her husband Javi however their relationship wasn’t perfect and it just made Kailyn feel more alone. But what Kailyn is still struggling is whether or not their marriage could move forward. They have gone from getting a divorce to not getting a divorce to getting a divorce. So she doesn’t know what the future holds for them and wishes that it didn’t have to be hard to figure all these things out.

However, Leah had had some problems with her daughter Ali. Ali has been falling down at least five times a day and so she had had to get it looked at yet Leah’s ex and Ali’s father Corey had to heard the doctor’s appointment through the phone. Corey had to work so the phone was the only way for him to be there and it had also ensured that he had anything he didn’t understand explained. So the family had been hoping for the best and unfortunately the doctor had to be honest with them. The doctor said that if Ali was falling down so frequently that it was best she use the chair at home.

The little girl usually only uses her motorized chair at school and not at home. Yet, the doctor thought it was best that she use the chair at home from now on and that had been upsetting. Ali’s parents have maintained the hope that she could slowly gain more use of her legs and so there chair had felt like a setback. Especially when Corey remembered how long it had taken Ali to ride her bike. Corey and his wife had later talked about the appointment and he had recalled that Ali had struggled at first to ride a bike and that it had gotten easier with time.

So it was unfortunate that not everything in life could have worked out that way as well. Jenelle had gotten lucky when she hadn’t gotten off on those recent assault charges, but now she was facing the fact that she had to deal with custody of her youngest son Kaiser. Kaiser was the son she shared with Nathan and Jenelle says that she wants Nathan to be part of his son’s life because her other son Jace still has questions about where his dad is. Though Nathan doesn’t want his son to be around Jenell’s drug using and he’s more pushing for full custody.

Nathan says that Jenelle likes to use their son as a pawn the same way that her mother likes to use Jace. But both parties had agreed to mediation to see if they could work a custody agreement and Jenelle had told her boyfriend David that she’s fine with doing whatever she has to in order to keep full custody of Kaiser. So neither party were in truth discussing joint custody even as they were attending mediation however they did reach an agreement and everyone walked away feeling happy about what they walked away with.

Nathan had gotten Kaiser for three weekends every month and Jenelle had gotten the weekend or weekends depending how long the month is in the middle of the month. That way Kaiser could actually spend time with his brother Jace and Jenelle could do something fun with both of her children. However, Nathan and Jenelle aren’t going to be friends now and Jenelle had surprisingly shared a laugh with her boyfriend about some of Nathan’s behavior. Nathan had apparently gotten angry when Jenelle said he still needed to get amenities for Kaiser and that didn’t answer the question.

Nathan hadn’t said he had gotten car chair, the high chair, and other thing that he was going to need with Kaiser for the weekends. Yet, what Nathan had said instead was that Jenelle had already told him about what Kaiser needs and that he was going to get them. So Jenelle and David had thought it was funny that someone that had wanted full custody hadn’t gotten things a while ago though it stopped being funny when Nathan had asked to have Kaiser for the weekend and still hadn’t bothered to get of the things he needed to.

Though lucky for him, Jenelle had said that he could stop by the house to spend some time with Kaiser because she was going on a date with David and David’s mother was watching the toddler. So David had asked Jenelle why she has to be the nice one when Nathan wasn’t doing anything on his end, but Jenelle had said that she didn’t want to go back to court with Nathan over custody and hear him say that she kept Kaiser away from him. Which is what could have turned into if Jenelle hadn’t let Nathan see his son.

So Jenelle did the adult thing by letting Nathan spend time with his son because they had both enjoyed it. Kaiser’s face had lit up when he saw his dad and he had loved having Nathan around. But Leah and Chelsea had the opposite problem. They had children that were looking forward to seeing their dad and constantly disappointment when he didn’t show up. Leah’s ex Jeremy and Chelsea’s ex Adam constantly had excuses for why they couldn’t be there for this or that. And when you call them, odds are they’re spending their free time with a girlfriend.