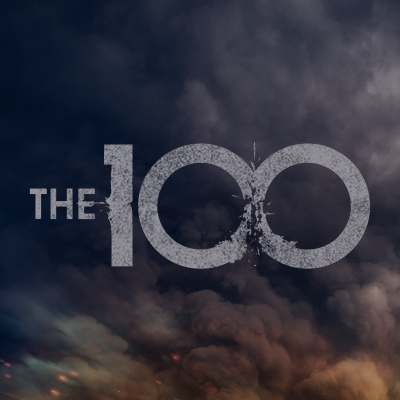 Tonight the CW series The 100 airs with a Wednesday, February 22, 2017, season 4 episode 4 and we have your The 100 recap below. On tonight’s episode called, “A Lie Guarded” as per the TV Guide synopsis, “Doubts of leadership and trust in Arkadia and Polis devolve into violence. Elsewhere, Abby leads a team in a search for answers in a distant locale.”

Jasper and Monty play a trick on Jaha by putting his bed out on a lake. He awakens to laughter that he has been floated. Clarke and Monty worry because they have not heard from Bellamy and Abby. They had set out to see if they can find a clue on how to use the Night blood to fight against the radiation. As crews continue to work on shoring up the Ark a storm of black rain approaches and everyone must take shelter. Abby calls Caine on the radio to tell him she is on a search for Luna. Caine tells Octavia that rumors

Abby calls Caine on the radio to tell him she is on a search for Luna. Caine tells Octavia that rumors are abound that King Roan no longer has the Flame. Caine tells Octavia that she needs to stop killing, that justice and vengeance aren’t the same thing. To Octavia they are. Caine fires her from his security detail. Abby’s team arrives on the island and starts a 5-mile hike to the lab. They are immediately attacked by drones and Nyko is killed. Luna runs away in the chaos. The group decides to split up and search for Luna.

King Roan asks Caine why nothing has happened. It has been 3 weeks with no word from Clarke. King Roan then brings in Bellamy tied up. Roan says his spies tell him the Sky Crew is working on fixing their ship to protect them from the radiation but not to help anyone else. Caine says they have a night blood and believe they can use science to save everyone. Roan does not believe him and says the alliance is broken and the two crews are now at war. Bellamy and Caine are taken as hostages. Echo is told to find Octavia and Indra and the kill everyone else.

Jasper and Monty break into Clarke’s office and Jasper finds the list of 100 names. Monty admits to Jasper that this is the list of the 100 who will be allowed into the Ark should the radiation become deadly. Monty is upset to see he is not on the list. Clarke catches them reading the list and tries to explain. Jasper tries to read the list on the PA system to all of Arkadia but Clarke Tasers him unconscious. Clarke calls for Jasper to be locked away. Monty leaves in anger.

Octavia enters Indra’s home but find everyone dead but one man who tells her war has been declared and the Ice Nation in killing everyone. Indra has gone to warn her people and Octavia needs to go warn Sky Crew. Ice Nation will attack them next. The black rain passes and crews resume work on the Ark. Monty and Clarke talk about the list and Monty isn’t mad that he isn’t on the list. He asks Clarke who has she become. Monty says they need to tell the people the truth, she is not God. Monty then grabs the PA mic and reads the names on the list to all of the people of Arkadia.

Raven spots Luna and stops her from leaving. She tells Luna she can save everyone but Luna doesn’t think they deserve to be saved. Raven convinces her to work with them to save the people of Earth. Luna gets one of the downed drones and brings it to Raven. Raven is able to disengage them all and the team returns to the shore.

Clarke tries to explain how she developed the list but the people are still angry. Jaha tells them they will destroy the list and have a lottery to determine who will live. First everyone must work to repair the Ark to get their name added to the lottery. Octavia rides her horse to warn Sky Crew and is chases by Echo and the Ice Nation. Octavia is cornered and fights them off killing two of them. Echo and Octavia continue to fight until Octavia is stabbed and falls into the river seemingly dead.

Clarke visit Jasper in lock up and tells him she is sorry. He tells her if you think you have the best idea you have to convince the people not lie to them. She tells Jasper he can go. Abby and her team find the lab and enter. It is completely functional. Caine and Bellamy talk in their cell and try to keep hope. Echo and Roan come and tell them they are all going to Arkadia to take the Ark for the Ice Nation people to use against the radiation. Bellamy warns them that Octavia will make it there first and warn them. Echo tells them Octavia is dead. Bellamy collapses. Octavia is then seen waking up at the shore. She lived and climbs onto her horse who takes her to Arkadia.