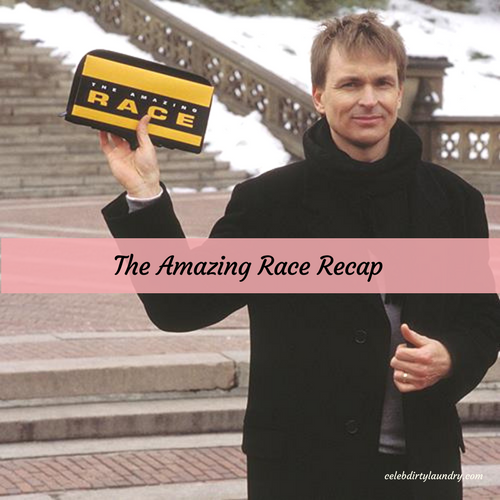 Tonight the CBS series The Amazing Race airs with an all-new Thursday, April 13, 2017, season 29 episode 3 and we have your The Amazing Race recap below. On tonight’s season 29  episode 3 called, “Bucket List Type Stuff” as per the CBS synopsis, “The race continues in Zanzibar, Tanzania, where teams build and deliver desks to a local school.”

The competition picks up with the remaining 9 teams talking and Shamir complaining about the pain he suffered from the last challenge. Sarah has already had enough of his drama. Liz and Michael are the first to take off to the east coast of Tanzania. Vanck and Ashton are the second team to leave. They are followed by Matt and Redmond, Seth and Olive, Becca and Floyd, Brooke and Scott, Tara and Joey, London and Logan and in last place Shamir and Sarah.

The team arrive in Tanzania and take a taxis to a ferry. The ferry doesn’t leave until the morning. Everyone makes it on the first ferry and head to Zanzibar where they face the first double blind U-Turn. Tara and Joey reach the U-Turn first and use it on Seth and Olive. Vanck and Ashton are right behind them and U-Turn Matt and Redmond. The detour is a choice between Build It: putting together a desk that must be delivered to a school or Weave It: weave two baskets using coconut leaves. Seth and Olive and Matt and Redmond must complete both detours.

Mike and Redmond finish weaving and head to Build It. Tara and Joey deliver their desk and are in second place. Brooke and Scott are in third place. Tara and Joey beat Liz and Michael to the clue and are now in first place.

One member of each team must use a shopping list to buy several items from a street market and then deliver the items to a local chef. Vanck and Ashton are in fourth place followed by Floyd and Becca. Mike and Redmond finish Build It before Sarah and Shamir who start arguing. Joey, Michael, Vanck, Floyd, London, Mike, Sarah, Olive and Brooke do the shopping for their team. Liz and Michael finish first and head to the pit stop. Seth and Olive finish weave it and in

Seth and Olive finish weave it and in last place. Joey and Tara finish shopping next and leave for the pit stop arriving in second. Michael and Liz finish in first place and win a trip to Amsterdam. Vanck and Ashton finish in third place. Matt and Redmond finish in fourth. Becca and Floyd come in fifth place. London and Logan finish in sixth followed closely by Scott and Brooke in seventh. Becca and Floyd realize they don’t have their passports which means they can’t check in. They leave to try to find them. Olive and Seth and Sarah and Shamir are on their way to the pit stop. Sarah and Shamir arrive as team number seven. Luckily Floyd and Becca find their old taxi Driver who has their passport. They check in as team eight. Olive and Seth are the last team to check in and are eliminated.