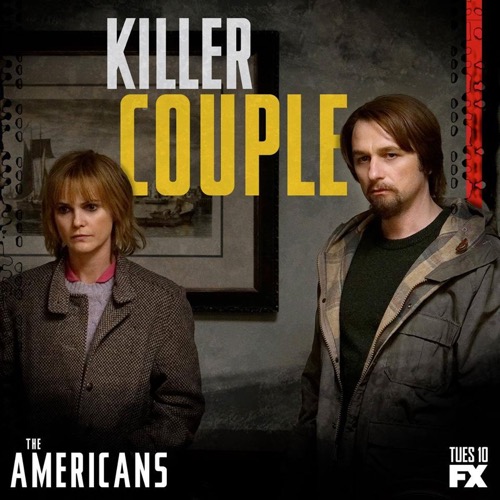 Tonight on FX The Americans airs with an all new Tuesday, May 16, 2017, episode and we have your The Americans recap below.  On tonight’s The Americans season 5 episode 12 called, “The World Council of Churches” as per the FX synopsis, “As Philip (Matthew Rhys) and Elizabeth (Keri Russell) grapple with a momentous decision, Tuan takes matters into his own hands in the Morozov operation. Back in Russia, Oleg’s investigation collides with the realities of the Soviet system.”

Tonight’s episode of The Americans kicks off with Paige, on her way home Pastor Tim corners her and announces that he and his wife are moving to Buenos Aires to work on a peace mission. They say their goodbyes, the Pastor is excited for his daughter Claira to see the world.

Paige heads home and tells her parents Philip and Elizabeth that Pastor Tim accepted the job and he’s leaving. She quizzes her parents about how they were able to get the job for Pastor Tim. Paige is hard to read, it’s hard to tell if she’s upset or relieved. She tosses a necklace that Pastor Tim gave to her in the trash. Elizabeth fishes it out and tells Paige that she has to wear the necklace until the Pastor is gone.

In Moscow, Oleg is still in some hot water. He is dragged down to headquarters and questioned about Stan Beeman and Nina. They have intel that Stan is now working with an illegal named TAtiyana. Oleg insists that he and Stan are not friends, and he has no idea what Stan is up to now.

Back in the US, Stan and his partner get a shock. They head to the safe house to meet up with Sofia, and are shocked when she walks in with a man. She introduces him as Gennadi and reveals that they are getting married. Apparently, she told Gennadi all about her arrangement with the FBI, and he wants to be paid as well. Stan and his partner are speechless.

Philip and Elizabeth meet up with Claudia, they drop a bomb on her and reveal that they are considering ending their tour in the US and want to head home. Claudia tells them that when they are ready she will have the Center get the paperwork together. Claudia warns them that it will be a tough adjustment for the kids.

In Moscow, Oleg learns that a woman he was working with was arrested and that the Prosecutor needs and official statement from him. Oleg is a little upset because he promised her that if she cooperated with them she wouldn’t be arrested. Oleg goes out on a limb for her and tries to explain to his boss that the woman isn’t crucial to their investigation.

Elizabeth puts on her disguise and heads over to the Morokov house. While she and Pasha’s mother are cutting out coupons, Pasha rushes in the frontdoor and upstairs with a black eye. His mom confesses to Elizabeth that school has been brutal on Pasha, it looks like Tuan’s bullying tactics are working. Pasha’s mom says that she has been begging Alexei to move their family back to Russia.

Elizabeth heads over to the safe house to check in on Tuan. She says that the bullying doesn’t seem to be convincing Alexei to move his family back home. They are going to have to come up with a new plan, because Alexei isn’t budging.

Stan and his partner head back to the FBI office and fill their boss in on Sofia and Gennadi. Stan is worried that her cover is blown and the Soviets sent in GRennadi to manipulate the situation. He thinks that Sofia may be in serious trouble.

In Moscow, Mischa is back to work in a factory. His supervisor takes him aside and tells him that he has a visitor. A mystery man is waiting for him outside the building – he announces that he is Mischa’s father’s brother.

Elizabeth and Philip are worried about the kids. They sit down with Pastor Tim and tell him that they are thinking about moving back home, but they’re worried about Paige and Henry, it seems like they want advice. They head home and find that Henry and his girlfriend have spent the afternoon making the family dinner.

Later that night, Paige quizzes her parents about their names. She is shocked to learn that her parents’ names, Philip and Elizabeth Jennings, were actually names that the Center took from dead Americans. Philip confesses that he misses his old name.

Philip’s long lost brother takes Mischa home with him to meet his wife and kids and they sit down for dinner and get to know each other.

Philip and Elizabeth put on their disguises and head out, in the car they talk about moving back to Russia. It sounds like Philip is having second thoughts, he’s worried about how the kids will adjust. They head to the safe house to meet with Tuan. Tuan is thrilled, he says he has good news. Apparently he convinced Pasha to slit his wrists and fake a suicide attempt to get his parents attention and convince Alexei to move home.