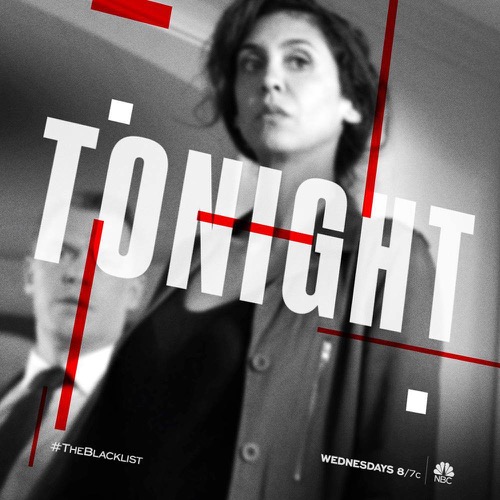 Tonight on NBC their hit drama The Blacklist starring James Spader airs with an all-new Thursday,  October 18, 2017, episode and we have your The Blacklist recap below. On tonight’s Blacklist Season 5 episode 4 called, “The Endlin,” as per the ABC synopsis, “The Task Force hunts for an elusive criminal who will stop at nothing to destroy some of the world’s most precious treasures. Meanwhile, a surprise encounter leads a cash-strapped Red toward a new business opportunity.”

Tonight’s episode of The Blacklist kicks off in Ireland. A woman visits a stable to check out a prestigious stallion that is for sale. She and the horse’s owner agree on a stud price, $150K. The woman takes a flask out of her purse and offers it to him to celebrate their deal after he takes a drink he clutches his chest and drops dead. She poisoned him. The mysterious woman then lights the barn ablaze, leaving the horse and the man inside to burn.

At home, Elizabeth and Tom Keen are rushing around and getting ready for their day. As Liz is rushing off to work, she and Tom make plans to meet up for lunch later. He gets a phone call from the doctor that is testing the bones Kaplan left behind. Tom hangs up on them before Elizabeth gets suspicious.

Elizabeth pays Reddington and Dembe a visit at his new home. Red is enthralled by the new B&B website he has been using to rent houses. Red shows Elizabeth a newspaper about the stable fire where the horse and trainer were killed. The horse’s name was “Fitz Pleasure,” and he was apparently the greatest racehorse of our time.

Elizabeth is suspicious, why is a horse killer on their Blacklist. Red explains that whoever killed Fitz’ Pleasure wasn’t just a horse killer, they ended his bloodline, so no one else can ever have him again. Elizabeth heads back to the office and briefs her team on “The Endling,” someone who is hired to end an entire species’ being.

Liz and Ressler bring in the owner of Bananas, who is now the greatest horse alive since Fitz’ Pleasure is dead. At first Bananas’ owner insists he is innocent, and he didn’t hire a woman to take out Fitz Pleasure. After some pressure, he caves and begins to sing like a canary to the FBI. He admits that he didn’t way the horse killer, instead he gave her intel on Princess Sonya, his company trained her security guards. It looks like Princess Sonya may be the next target on the “Endling’s” list.

It turns out that the Princess just happens to be in town for an event. Ressler and Navabi rush to the hotel where she is staying. They arrive in the nick of time and narrowly escape getting blown up by a bomb in a service cart. Navabi and Ressler grab the Princess and rush her out of the hotel. She keeps saying that she “can’t leave Anna.” Meanwhile back at the hotel, the Endling kidnaps the woman named Anna that the Princess was looking for.

It turns out that the Endling wasn’t after Princess Sonya after all. She drugs Anna and takes her to some sort of lab where she is placed in a bed and restrained, she’s one of nearly a dozen other patients that the Endling has already collected.

At the FBI, Harold questions Princess Sonya. He learns that Anna was her “assistant.” The reason she brought Anna with her everywhere is that she has a rare blood disorder, and she needs transfusions. Anna has a rare blood type that is compatible with any other blood type and is known as “Golden Blood,” that’s why she was kidnapped.

Meanwhile, Reddington and Dembe have a problem of their own. Someone named the “Mailman” sent two masked men to his house. Red pays the mailman a visit, and it turns out that he really is a mailman.

The Endling is at a hospital posing as a nurse named Alma. She meets with the parents of a boy named Ethan, he’s dying. She slips into his room and visits Ethan. Ressler and Navabi rush to the hospital, but they are too late, Alma has already taken Ethan with her.

Red corners the mailman outside of the post office and hops into his car with him. He’s still denying sending two men to his house.

Elizabeth meets up with Tom for their lunch date. She arrives to cancel and tell him she got a break in the case and has to leave. Tom understands, he tells her that they can meet up for dinner instead.

Back at the FBI office, Aram has done some digging, he makes a shocking discovery. It turns out that Ethan was adopted and Alma is his real mother, her real name is Samyra. Transfusions of golden blood are the only thing that will save Ethan. He also is going to need a heart transplant from someone with golden blood. Dembe and Reddington take the

Dembe and Reddington take the mailman back to the house where they have the two goons tied up that broke in the night before. The mailman explains that this is all a misunderstanding. He hired the men to rob the house because they thought it was empty, they didn’t know that the owners had rented it out. The mailman explains that he thought the house was empty because the owners put their mail on hold. Red is intrigued by his scheme.

Elizabeth pays Red a visit, she needs his help. They are at a standstill with the case and don’t know where Samyra is holding Ethan and the golden blood patients.
Red takes Elizabeth to meet with a shady black market doctor that he knows named Melissa. She has some intel for them and gives up a street address. They race to the empty warehouse with Samyra and her team is already beginning a heart transplant. Samyra pulls a gun on Elizabeth and orders her surgeons to keep going. Reddington convinces Samyra to come with him and bring Ethan before the police arrive.

Ressler and Navabi arrive at the warehouse. Elizabeth tells them that Ethan and his mother escaped, but the rest of the hostages are safe.

Red gets his own black market surgeon, Nick. At his warehouse, he hands Ethan’s mother a gun. She shoots and kills herself so that the surgeon can use her heart to save Ethan. He completes the surgery and it’s a success. Ethan’s mother is dead, but he will live a long and healthy life.

Elizabeth pays Red a visit. He’s a bit shaken up by everything that happened. Red had no ulterior motive with the case. Nick comes out of surgery, he tells Reddington and Elizabeth to never call him again.

Liz heads back to the office and Harold is waiting for her. He lashes out at her, and says it’s not up to her to decide who lives and dies. Harold is worried about the influence that Red has over Elizabeth. Elizabeth heads home, she apologizes to Tom for missing lunch and dinner.

Red heads home, or to his rented home, he sits down with the mailman. He wants to start a business with him. He thinks that instead of robbing the empty homes, they rent them out to criminals as safe houses.

Nick heads home, someone dressed in black grabs him from behind and strangles him, then they walk out with the briefcase full of bones that Tom was having him secretly test for DNA.