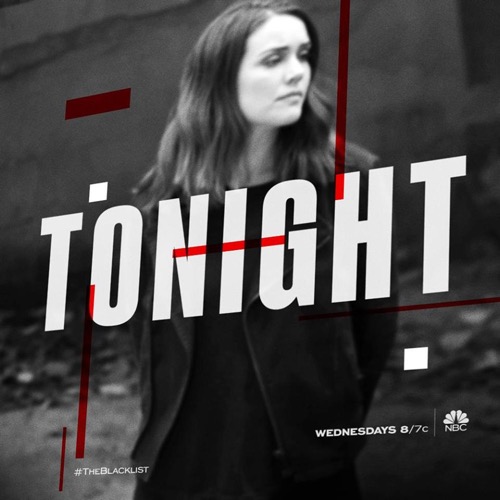 Tonight on NBC their hit drama The Blacklist starring James Spader airs with an all-new Thursday,  November 8, 2017, episode and we have your The Blacklist recap below. On tonight’s Blacklist Season 5 episode 7 called, “The Kilgannon Corporation,” as per the ABC synopsis, “Red and the Task Force place Dembe undercover to infiltrate an international human smuggling organization, but when communication is lost, they must intervene. Meanwhile, Tom’s investigation into the suitcase lands him in grave danger.”

Tonight’s episode of The Blacklist kicks off on a beach. A man and his kids are shocked when dozens of men come staggering out of the ocean. Some of the bodies clearly are no longer alive.

Elizabeth meets up with Reddington, she brags that she and Tom Keen just got married, and she’s as giddy as a school girl. Red congratulates her.
Elizabeth and Red sit down for breakfast, he shows her the morning headlines in the paper. She’s horrified by the human trafficking bust that occurred at the ocean in South Carolina. Red confesses that he used to smuggle people, but it wasn’t really sex trafficking because the people were paying him to get them across the borders.

Red is no longer in the business, but he believes that someone has taken over the gig. Apparently, Mr. Kaplan put an end to his relocation networks. Red believes that whoever is smuggling people now is just greedy and is not taking care of their clients.

Meanwhile, a man named Mr. Zang answers to his boss. He’s in serious trouble after the boat full of people crashed and they lost 29 clients. Zang is shot and killed over the incident.

Elizabeth heads to the FBI with Red and they brief Harold and the team on the smuggling. Red insists that he isn’t just trying to eliminate the competition, and he is genuinely concerned about the people that were on the wrecked boat.

Red and the FBI decide to send Deme in undercover to get more information about the recent smuggling ring, he comes back with a name, “The Irishman.”Meanwhile, Tom Keen is still on his own top-secret mission, trying to track down the skeletal remains from Kaplan that were recently stolen.

Meanwhile, Tom Keen is still on his own top-secret mission, trying to track down the skeletal remains from Kaplan that were recently stolen.

Reddington pays The Irishman a visit, even though he told the FBI he didn’t know them. The Irishman says that his son Colin handles all of the days to day business. Red wants to propose a 50/50 split since they stole the business from him. Red knows how to smuggle people without killing them, it will be a win-win for everyone. But, the Irishman isn’t interested in making a deal.

Back at the FBI, they are already getting intel on Arthur Kilgannon and his son Colin. It looks like Reddington is going rogue in this operation. Meanwhile, Dembe is still working undercover in the human smuggling scheme, he has taken a personal interest.

Arthur confronts his son Colin, he blames him for overcrowding the smuggling boat on purpose and killing innocent people. Arthur tells Colin he is out of the family business, and he doesn’t take the news well and responds by choking his own father.

Dembe and the group he is working with undercover is moving a shipment of people and it is his time to shine. He’s wearing a camera and Elizabeth and the FBI are watching in.

Tom Keen and his new pal Lena finally track down Pete. Tom barges in to his motel with a gun and demands to know where the skeleton is. Pete swears that he didn’t kill Nick, he Is on the run and hiding from the people that killed Nick. He shows them his hand, someone cut off four of his fingers. Before

Tom can get any more info, someone runs in to the room and hits him over the head.

The FBI loses contact with Dembe and decides to make their move and raid the warehouse where the group of people that are being smuggled are being held. But, the FBI moves too slow and one of the vans gets away…with Dembe inside.

Red races to Arthur Kilgannon’s house, and learns that he’s dead. Red calls Colin and tells him that he will shoot his mother and kill her if Colin doesn’t tell him where the trucks are. Colin laughs Red’s threats off, and tells him to go ahead and kill his mother – he doesn’t care.

Meanwhile, Tom Keen is in a serious pickle. Tom, Pete, and Lena are all tied up and being held, hostage. Pete is the first one to be shot and killed, and then Lena. The man in charge demands to know where the suitcase is with the body in it is, and if Tom doesn’t deliver the info, he will be dead next.
Red finally tracks down Colin and gets information on the trucks, then he shoots and kills Colin. Meanwhile, Dembe is trying to keep everyone that he is locked in the back of the truck with calm. But, some of the men are beginning to freak out.

Time is running out for Dembe, but Reddington comes through with the locations of the trucks. The FBI arrives to rescue them just in the nick of time.One of the young girls that

One of the young girls that was in the truck with Dembe is barely alive, he races her off to get medical attention.

Red picks Dembe up from the hospital, they share a moment, Red is still shaken up that he almost lost his best friend.

Harold and Ressler are upset that all of the people that they just saved are being arrested and shipped back to their migrant camp. Harold encourages Red to intercept the truck and help the refugees see a better tomorrow. Red is eager to lend a hand.

Poor Tom is still being tortured about the suitcase of bones and he hasn’t given up any info. In exchange for his life, Tom promises to deliver Reddington on a silver platter to his captor. Red gets a phone call and learns that someone has grabbed Tom.