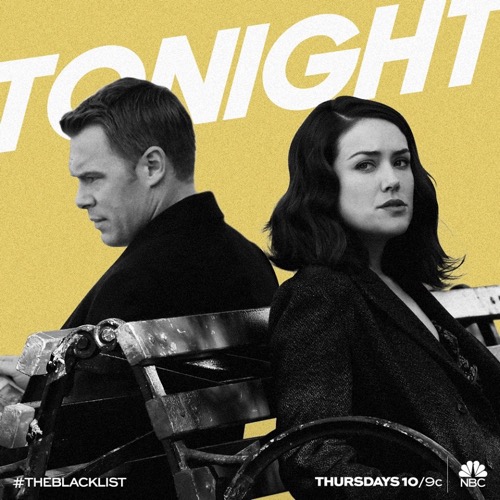 Tonight on NBC their hit drama The Blacklist starring James Spader airs with an all-new Thursday,  January 19, 2017, episode and we have your The Blacklist recap below. On tonight’s Blacklist Season 4 episode 11 called, “The Harem,” as per the NBC synopsis, “Liz (Megan Boone) infiltrates an elite gang of female thieves as they prepare for their next heist, but she must first prove herself to the group’s leader. Meanwhile, unexpected problems plague Red’s (James Spader) operations, and Tom focuses on fatherly duties.”

Tonight’s episode of The Blacklist kicks off in Atlanta, Georgia. At what appears to be a very ritzy hotel, a team of women pull off a heist and steal something very valuable from one of the men at the building. They make a run for it in the man’s black SUV and hide out in a nearby warehouse, they cut open the car’s seat when they arrive and it is full of diamonds.

Red is meeting with his accountant/money launderer and Liz barges in and kicks everyone out. Red called her about a case and she wants the info. Red explains that the US’s Witness Protection List was stolen, and he knows who will steal it next. Red fills Liz on in the jewel heist, which was pulled off by a group of female thieves that calls themselves “The Harem.” Red has intel that The Harem will steal the Witness Protection group next.

Liz heads back to the FBI and briefs the team on the Harem, and all of their heists, apparently they steal from other criminals and netted hundreds of million of dollars. The plan is that Liz is going to go undercover and try to join the Harem.

Liz and Ressler meet with a CI that knows Margot Rochet, the leader of the Harem. They bribe the informant to vouch for Liz and help get her in to the Harem. Liz’s plan works, but her informant gets shot in cold blood right in front of her before Margot lets Liz join the female team. Meanwhile, Liz is in a race against the clock – whoever has the witness protection list is picking off the government’s witnesses one at a time.

While Liz is working, Red is up to another one of his schemes. He’s trying to buy a fleet of cruise ships. He pays the owner, a man named Curits, a visit and announces that he wants to bail him out financially. But, in exchange for Red’s money – carter has to ship his cargo for free and turn a blind eye.

Liz meets with Ressler and fills him in on what she knows so far. She admits to Ressler that she doesn’t trust one of the Harem woman – Emma. Liz thinks that something is off with Emma. Liz is shocked when she follows Emma and realizes that she is working for Red too.

Liz confronts Red and demands to know what he is up to. Red admits that Emma used to work for him, but she turned and stop giving Red information, that’s why he convinces Liz to go undercover and join them. Liz is furious – Emma could figure out who Liz is and blow the entire operation.

Liz heads back to the house with the Harem women, she goes for a ride with Emma. Emma reveals that she knows who Liz is, she has been working with Red for 8 years. Emma reassures Liz that she won’t blow her cover. Liz used to work for MI6, and then Red recruited her – she warns Liz that Red will consume her life, and then ruin it. Red and Dembe head back to Curtis’s office. Curtis tells him that the deal is off, he never received Red’s money. Instead, Curtis mad a deal with Baldur Magnusson. Red is not a happy camper.

Red and Dembe head back to Curtis’s office. Curtis tells him that the deal is off, he never received Red’s money. Instead, Curtis mad a deal with Baldur Magnusson. Red is not a happy camper.

Liz and the Harem woman are out drinking and Liz heads to the bathroom. Margot follows Liz and forces herself on her and tries to kiss her. Liz is obviously thrown off, and not in to it. Luckily, Emma interrupts and saves Liz’s butt.

The next day, Liz and the Harems plot the heist to steal witness list. It isn’t going to be easy, the list is on a microchip that is embedded in to the hacker’s hands. When they get a moment alone, Liz thanks Emma for helping her out in the bathroom. It’s obvious that Emma wants out, and to return to London, Liz wants to help Emma get her old life back and tries to convince her to testify against Margot when this is all over.

The Harem’s head to a party at a suite to find the witness list. Liz flirts with the hacker and convinces him to come to the back bedroom with her. The Harem are waiting inside – their plan goes awry and Liz winds up having to knock the hacker out. They quickly cut the chip out of his hand and then Emma makes a run for it with the chip. All hell is breaking loose and the alarms in the suite are going off, Liz loses radio contact with Margot outside.

Liz reunites with the FBI, and they are back to square one, they lost the Harem women, and the list on the chip.

Red tracks down Emma before Liz can find her and gets the list from her. Interestingly, he agrees to set up a house in Vermont with Emma so that she can start her life over.

Red meets up with Liz and gives her the list. Liz confronts Red and asks him if he killed Emma just like he killed Kaplan. Liz is tired of turning her head the other way while Red breaks the law. She knows he helped them get the witness list just because he wants to kill someone on the list and needed information on them.

Red explains that his old friend Maureen testified against a killer and she is on that list – that’s why he didn’t want it to get in the wrong hands. Maureen is Kaplan’s sister, and Red had to make sure that she was safe. It’s obvious that he regrets what he did to Kaplan – but Liz says protecting Kaplan’s sister doesn’t come anywhere near fixing what he did.

Tonight’s episode ends with Ressler and the FBI team tracking down Margot and arresting her.