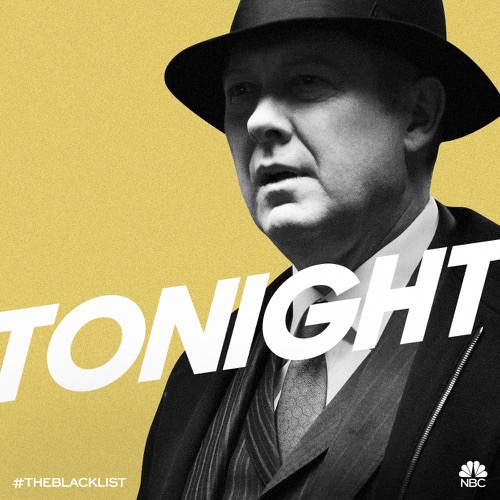 Tonight on NBC their hit drama The Blacklist starring James Spader airs with an all-new Thursday,  February 16, 2017, episode and we have your The Blacklist recap below. On tonight’s Blacklist Season 4 episode 14 called, “The Architect,” as per the NBC synopsis, Aram (Amir Arison) goes undercover as a hacker to identify an infamous criminal who designs, constructs and executes perfect crimes. Elsewhere, Tom (Ryan Eggold) expands his investigation into his childhood, and Red (James Spader) seeks the source of his compromised business operations.”

Tonight’s episode of The Blacklist kicks off with a prisoner in jail. He’s served a meal in his cell, and someone has slipped a map in to his food.

Red has Isabella Stone in a freezer, he demands to know who hired her to take him out. During the interrogation, a frantic Harold Cooper calls Red and demand he give back his prisoner. Red isn’t interested in handing Isabella over, instead he gives Harold a new Blacklister, “The Architect.”

Harold briefs his team on The Architect – apparently, he’s criminal genius who can orchestrate the perfect crime, and he has a pretty impressive resume in crimes. The Architect is currently hiding out in Philadelphia and meeting with a group of hackers who call themselves Black Mass 13.

Liz and Ressler head to Philadelphia to try and track down the hackers, with Aram’s help. They have to follow a string of clues to try and find the hackers. While they are on the road, Liz gets a call from Tom, he’ still hard at work trying to track down the truth about why someone faked his death.

When Liz and Ressler return to the FBI, Cooper takes Ressler aside, he has bad news for him. The team investigating Reven Wright’s death has been shut down. Ressler is furious, he can’t believe that Hitchlin is going to get away with murder.

Liz and the team decide to send Aram under cover to the hacker’s convention. He thinks it’s a horrible idea, and whines that he will screw it up. But, they have no choice. They send Aram to the pick-up point and men in a van grab him and ride away while Samar and the team listen in via a wire.

Red is still holding Isabella Stone in the freezer. She insists that no one hired her, and she was coming after Red because he’s the reason her husband left her. Isabella is running out of air and freezing, she finally admits that she got an anonymous package with information to take down Red, and a payment on a credit stick.

Aram arrives at the convention, which is filled with hackers and a DJ, plus an open bar. Aram is floored when he recognizes his ex-girlfriend, who is supposed to be in jail. The room is full of computers, and hacking competitions. While they are having a hacking contest, a man marches in and crashes the party with a few men with guns. He announces that he has something that he needs the hackers to do – and he means business. Aram and his ex-girlfriend slip out of the back door. She explains to Aram that she’s undercover and is working for the NSA now.

Harold and the FBI are freaking out, they lost signal with Aram and have no idea where he is or what’s going on. Elise and Aram work together so that he can get to the roof and use a transmitter radio to get a hold of the FBI. Aram manages to get Harold on the radio and they trace his location. The Architect’s men find Aram on the roof and bring him back downstairs to the convection, The Architect is holding the hackers hostage and orders Aram to help him breach a power grid. Aram refuses to help him commit his crime, despite the gun shoved in his face, luckily the FBI arrives in the nick of time and storm the building.

The Architect’s men find Aram on the roof and bring him back downstairs to the convection, The Architect is holding the hackers hostage and orders Aram to help him breach a power grid. Aram refuses to help him commit his crime, despite the gun shoved in his face, luckily the FBI arrives in the nick of time and storm the building.

A smoke bomb goes off and chaos ensues. One the smoke clears, the Architect and Aram are gone. Samar is not thrilled to see Elise, and learn that she turned informant. Elise explains that the Architect took Aram to do some job that had to do with a power grid, but she doesn’t know anything else.

Back at the FBI office, everyone is working hard to try and figure out where Aram was taken. Ressler puts two and two together and realizes that The Architect is using Aram to hack in to a power grid in Virgina to help break someone out of prison, the man we saw at the beginning of the episode, Lonnie Perkins. Perkins is a cop killer, and President of the Aryan Revolutionary Council, and scheduled to be put to death in less than 24 hours.

Inside the prison, Lonnie Perkins is already in the room to be lethally injected, and strapped down to the bed. A group of civilians have gathered to watch his execution. Outside of the prison, the Architect is set up in a van with Aram.

Red is still on his own personal mission, trying to track down whoever paid Isabella Stone to ruin him. The FBI has reached out to him for help getting Aram back, but Red said he had more important things to do.

The Architect blows up a guard tower with a missile. He threatens the warden to release the prisoners or else the next missile is going to hit the innocent civilians that gathered to watch the execution. Lonnie Perkins is released, and Aram hacks in to the prison security system to open the gate. There’s a van waiting to pick him up and they make a run for it.

Ressler and Samar arrive in the nick of time. The Architect ops in a black SUV and makes a run for it. Aram springs in to action and grabs the missile gun and shoots the Architect’s SUV and kills him. Samar and Ressler are shocked.

After all of the craziness at the FBI has died down and everyone is home safe, Red stops by Harold’s office to offer some sort of apology for blowing the off earlier. Harold’s not impressed, he’s done with Red’s selfishness, and doesn’t blame everyone for turning on Red and trying to take him down. Harold storms out, and then Red’s phone rings. It’s the call he has been waiting for, the bank has finally tracked down who owns the account that hired Isabella Stone. Red is shocked when the banker reveals that Isabella Stone was paid with money out from one of Red’s own accounts.