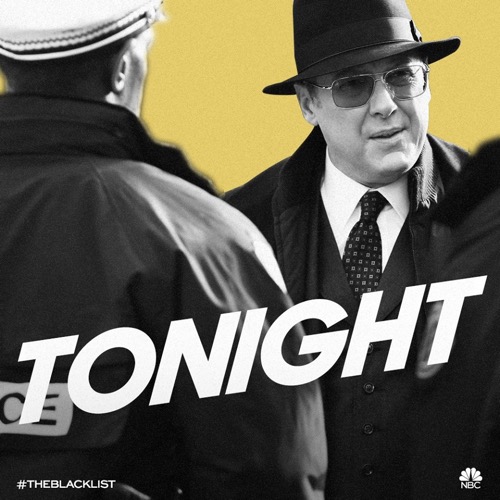 Tonight on NBC their hit drama The Blacklist starring James Spader airs with an all-new Thursday,  February 9, 2017, episode and we have your The Blacklist recap below. On tonight’s Blacklist Season 4 episode 13 called, “Isabella Stone,” as per the NBC synopsis, “The task force targets a sophisticated criminal who’s been aiming at Red’s (James Spader) businesses. Meanwhile, Tom goes on the hunt for information about his past.”

Tonight’s episode of The Blacklist kicks off with a fatal car accident. A man and the woman raid the victim’s lifeless body and then ride off in a dark SUV.

Liz wakes Tom up early in the morning – she was just watching the news and learns that Tom’s dad Howard Hargrave died in a plane crash. Liz tries to comfort Tom, but he seems indifferent, Tom reassures her that he doesn’t care that Howard is dead, he never knew him. Tom wants the past to stay in the past, all he cares about is Liz and Agnes and their future.

Red meets with an associate, apparently it was Red’s courier that was robbed after he wrecked his car. Red reassures his friend that everything is fine and not to worry, he heads off to search for more shipping operations for Red to buy.

Liz joins Red at the restaurant, he tells her that his courier was killed last night is Paris by an assassin. He explains that Isabell Stone is a hit-woman that was hired to take down Red, by any means possible. She’s the one that hit his courier last night, and Red feels that Isabella might even come after Liz to try and get to Red.

Liz heads to the FBI to brief them on Isabella Stone. She sounds like a real piece of work, she burnt down an entire factory and killed 27 kids just to destroy the owner of the factory. Isabella is also the one that hired Natalie to kill Red’s accountant.

While they are discussing Isabella, Ressler gets a mysterious phone call about a doctor’s appointment. He has to be somewhere later, and is irritated that he has to spend the day doing Red’s dirty work. Ressler and Navabi head out to investigate the death of Red’s courier.

Meanwhile, Isabella Stone makes another move. Red sent his friend Sarantos and his wife to a casino for the night to enjoy themselves before they go look at more fleets for Red to purchase. Isabella Stone and one of her hench women arrive at the hotel room and kill the woman staying there while her husband is downstairs.

At the FBI office, Ressler gets a phone call from his mom, he reassures her that he will be there as soon as he can.

Aram gets security video footage of Red’s courier right before he was killed at a café. There was a man at the café following the courier, and his name is Chip Murphy. The last known address for Murphy was in Virginia, Harold tells them to get out there ASAP to find him.

Tom tracks down Red he wants to get in contact with Scottie Hargrave. Apparently, Tom is a little more bothered by his father’s death than he admitted. Red won’t help him find Scottie, he tells Scottie that his mother is a liar, and he is better off without her.

Liz and Ressler head to Chip’s address in Virginia, but they can’t get in without a warrant. Liz picks the lock anyways and heads inside. She finds files on Red’s courier, and a file on his friend Sarantos. She calls Red and warns him that Isabella is after Sarantos. Red tries to warn his old friend, but he’s too late, Isabella Stone has already killed his wife and framed Sarantos to make it seem like it was him.

In the car on the way back to the office, Ressler admits to Samar that his brother is scheduled to have major surgery and he’s upset that he’s running around dealing with Red’s problem rather than being there with his family. Ressler grumbles that they basically work for Red, he might as well sign their paychecks.

Ressler and Navabi investigate the hotel where Saranto’s wife was killed, they get security footage of Isabella Stone leaving the hotel. It turns out that is just her alias, her real name is Judith Pruitt, and she’s an active socialite around town and is hosting a charity event tomorrow at a local hotel.

Red and Dembe head to the foreign country where Sarantos is being held in prison for killing his wife and break him out. While they are making their getaway, one of the guards shoots Sarantos. A shootout occurs, Sarantos is going to make it, Red promises that his children will be taken care of and they share an emotional goodbye before Red and Dembe make a run for it.

Back in the US, Aram and Ressler are on Isabella Stone’s tail. She is preparing to kill her next target – a man named Justin Sperry. He’s a paraplegic in a wheel chair, and is somehow caught up in smuggling Red’s bonds for a medical charity.

On the flight on the way home, Red is emotional over the loss of his friend. He calls Cooper and demands to see Isabella Stone as soon as she is detained. Cooper shouts that he is done crossing lines for Red, especially after he tried to break Sarantos out of prison.

Isabella Stone is taken to the interrogation room, Ressler and Navabi begin quizzing her and trying to find out who hired her to come after Red.

Liz finds Red at home and asks him about his relationship with Justin Sperry. He explains that he has been donating millions of dollars to Justin’s charity over the years. But, there were no strings attached, like Isabella Stone seems to think. Red reminisces back to the first time he meant Justin many years ago, in Congo.

Red surprises Liz with a huge yellow gift box, it’s a hand made wooden cuckoo clock. Red explains that Liz and Tom will realize that time with Agnes will go by too quickly.

Now that Isabella Stone is in custody, Ressler can finally relax. He heads in to his office and cries, his brother is fine, but he should have been there for him.

Isabella Stone is being transported to the prison when Red’s men run her van off the road and forces it to crash. They kidnap Isabella and take her to meet with Red.

Tom watches a video that he got from the private investigator. It’s an interrogation video of a man claiming that he killed Christopher Hargrave. Liz comes home and finds Tom sitting on the livingroom floor surrounded by old police reports and files. She watches the interrogation video as the man describes in detail how he killed Tom when he was a little boy.