The Bold and the Beautiful Spoilers: Are You Team Steffy or Team Sally? 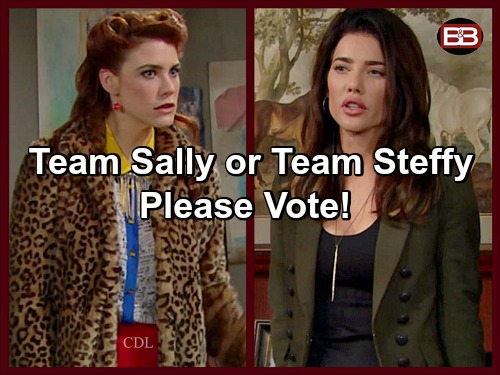 The Bold and the Beautiful (B&B) spoilers have managed to bring back fond memories to longtime viewers when they brought in the niece of the infallible and unforgettable Sally Spectra who was portrayed by the late Darlene Conley. The younger Sally Spectra (Courtney Hope) is a red-headed spitfire just like her great Aunt Sally; and it was so fitting to see her acknowledge the epic battles between her and Stephanie Forrester (Susan Flannery).

The new Sally Spectra has already shown B&B fans in the short time she has been in Los Angeles that she is a fighter who will not be pushed down by anyone, especially a Forrester. Sally shows her determination and creativity when she shows up at the restaurant where Steffy (Jacqueline MacInnes Wood) and Thomas Forrester (Pierson Fode) are having lunch. 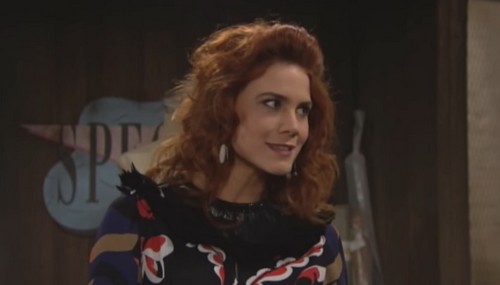 An epic food fight ensures and Sally reaches her goal for publicity; proving she has some great street smarts and has truly taken a page out of her Aunt Sally’s book. Thomas already knew about Sally reviving the Spectra Fashion house, and stood by laughing while Sally attacked his sister with cake. He could be the very person who bails on his sister to help her. Now that Sally has exposed as a public enemy of Steffy, will she be able to win over her millions of followers?

Steffy Forrester, is currently trending on social media, thanks to her ex-husband Wyatt Spencer (Darin Brooks). She is at the top of the world, about to marry the love of her life, Liam Spencer (Scott Clifton) and professionally she couldn’t possibly go any higher. She is CEO of the Forrester Creations empire, thanks to landing the cushy job in an attempt to reunite her with Wyatt. Nothing stood in her way; until now! 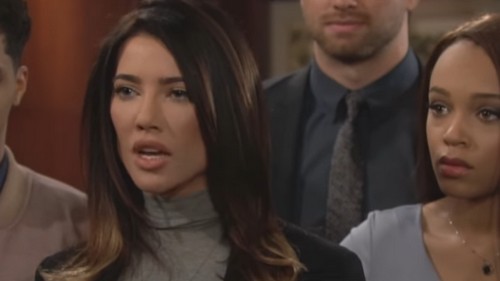 Steffy is the “it” girl and has more followers than she can count, but she is at a clear disadvantage when it comes to the Spectras. Her grandmother, Stephanie has passed away and cannot advise her on how to deal with them. Sally is very determined and still has her Aunt Sally to rely on when times are tough.

Whose side are you on; Team Sally or Team Steffy? Please take this poll and tell us what you think. Be sure to tune into CBS’ The Bold and the Beautiful (B&B) to catch up on all these crazy antics between Sally and Steffy and so much more. Check CDL Bold and the Beautiful spoilers often for updates and news!