The Bold and the Beautiful Spoilers: B&B Goes To Australia – Down Under Adventure Brings Romance, Twists and Cliffhangers

The Bold and the Beautiful (B&B) spoilers tease that the CBS soap is going to Australia. Soap Opera Digest is reporting that they’ll film Down Under from February 12-17. Bradley Bell, B&B’s head writer and executive producer, claims this will be the “most glamorous location shoot in soap opera history.” That’s quite a prediction, but there’s a good chance they can deliver.

Out of the remaining daytime dramas, The Bold and the Beautiful is by far the best at pulling off stories in dazzling locales. Fans will be anxious to see what kind of plots the show comes up with. The statement Bell issued offers some clues. 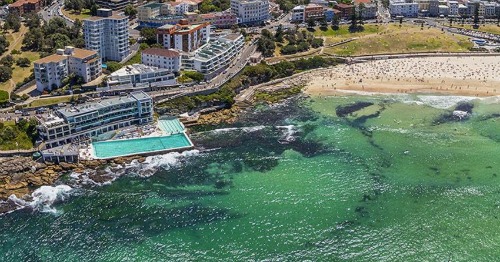 Bell noted that viewers will be treated to “romance, high style, jaw-dropping twists, harrowing stunts and major cliffhangers…” It sounds like this is going to be a real Australian adventure. B&B likes to shoot weddings in exotic settings, so maybe Steffy (Jacqueline MacInnes Wood) and Liam (Scott Clifton) will tie the knot on this trip.

Several cast members will make the journey in February. In addition to Wood and Clifton, this shoot will include John McCook (Eric), Rena Sofer (Quinn), Don Diamont (Bill), Katherine Kelly Lang (Brooke) and Thorsten Kaye (Ridge). All of their characters could potentially be on the guest list for Steffy and Liam’s nuptials. 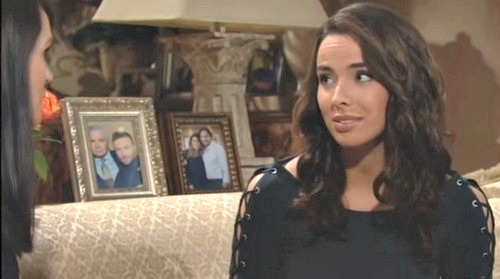 Of course, The Bold and the Beautiful will find a way to feature Ashleigh Brewer (Ivy) as well. She was known for her role on Australia’s Neighbours before she landed at B&B. The show will also work in a few other Aussie celebs during this multi-episode arc.

Since The Bold and the Beautiful has many international fans, location shoots like this are an excellent idea. Bell suggested that this would be “an epic celebration” for viewers around the world. It’s the perfect time for something special. B&B will mark its 30th anniversary in March, so we should consider this a birthday blowout.

We’ve established the wedding option, but what else could be coming up? Bell mentioned twists, stunts and cliffhangers. Since Quinn is going on this trip, maybe it means her marriage will still be intact by then. Perhaps the truth about her kiss with Ridge will remain under wraps for a while.

Will the secret explode on this getaway? Could Quinn and Ridge end up indulging in an Australian love affair? Will someone get physically hurt after an explosive revelation? The possibilities are endless! We’ll give you updates as more news comes in. Stay tuned and don’t forget to check CDL often for the latest Bold and the Beautiful spoilers, updates and news.  Come and join the conversation on our Bold and Beautiful Facebook Group!