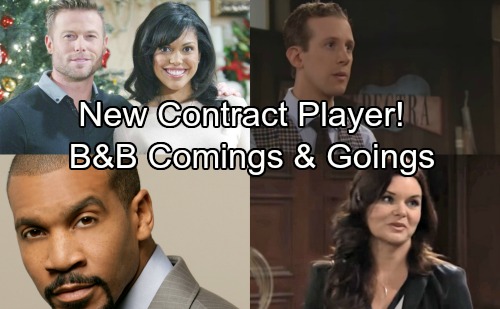 The Bold and the Beautiful (B&B) spoilers tease that a familiar face is set to pop up again. We don’t see much of Carter (Lawrence Saint-Victor) these days, but the latest comings and goings news says he’ll be back within a few weeks. It looks like Carter will be involved in some drama at Spencer Publications.

Will Liam (Scott Clifton) and Bill (Don Diamont) be at it again? There’s usually legal trouble when Carter shows up, so we should probably be worried about the Spencer men! We should also fill you in on some new gigs for current B&B cast members. Not everyone can be involved in a big story at once, so several Bold and the Beautiful stars have picked up fun projects on the side. 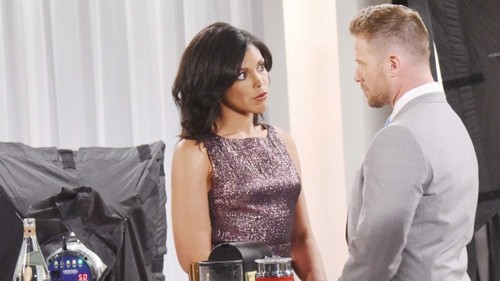 Maya (Karla Mosley) plays a model on the CBS soap, but she’ll be strutting the runway in real life soon. A fashion designer named Gert-Johan Coetzee decided to make Mosley part of his fashion showcase. Mosely will participate in the glamorous event on October 26. She’ll join the rest of Coetzee’s models as they display looks from his hot collection.

The fashion show will take place in South Africa and all the proceeds will go to charity. It sounds like a fantastic opportunity for Mosley! While she’s in South Africa, she’ll help Jacob Young (Rick) and Heather Tom (Katie) promote the show for The Bold and the Beautiful’s 30th anniversary tour. They’ll take part in some fun fan events during this publicity trip. 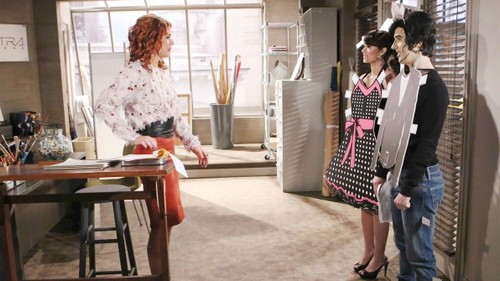 Alex Wyse (Saul) hasn’t been on B&B much lately, but you’ll have a chance to catch him in primetime next month. Wyse filmed an episode of NCIS: Los Angeles that’s set to air on November 5. He’ll be playing a character named Simon Atwater, so tune in if you want to see Wyse in a very different type of role. 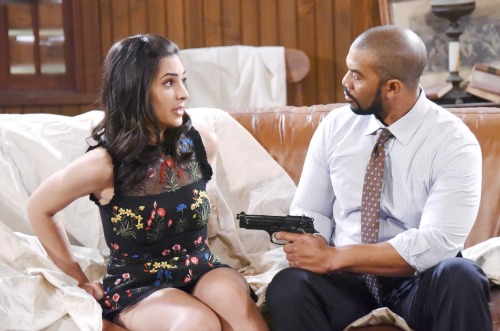 Also some good news for fans of Aaron D. Spears (Justin Barber) – B&B has a new contract player! SOD reports that the man with the flexible moral compass, who serves as Bill Spencer’s factotum, has been placed on contract – a big step up from his former recurring status. Check out the great pic of Commissioner Raines when Aaron was starring on Days of Our Lives recently.

As for the action on The Bold and the Beautiful, things are about to heat up. Viewers can expect several shockers during November sweeps, so don’t miss what B&B has in store. We’ll give you updates as other news comes in. Stick with the CBS soap and don’t forget to check CDL often for the latest Bold and the Beautiful spoilers, updates and news.