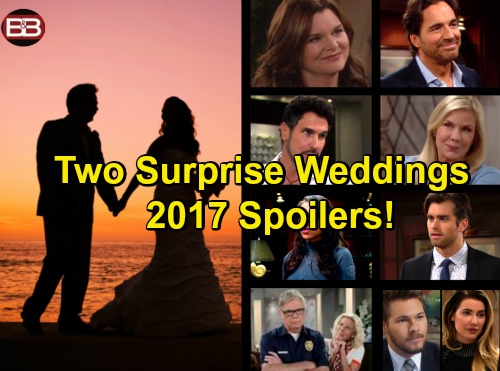 The Bold and the Beautiful (B&B) spoilers tease that some big events are coming up on the CBS soap. Not one, but two weddings are in the works. Which happy couples will tie the knot? It’s tough to say. We could see some partner swapping going on down the road.

When Brooke (Katherine Kelly Lang) was forced to choose between Ridge (Thorsten Kaye) and Bill (Don Diamont), she liked the idea of rebuilding her family. Ridge was ultimately the man she decided on. However, it’s clear that Brooke has a lot of love left for Bill. He’s certainly been persistent in his quest to win her back. 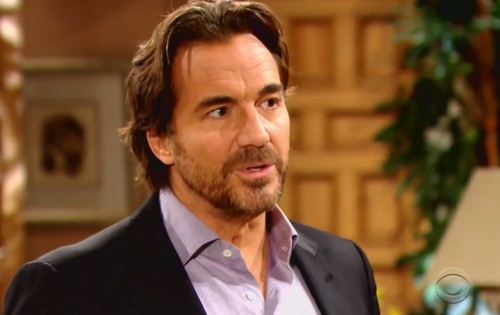 Brooke is engaged to Ridge, but Bill is convinced she’s going to get hurt. It looks like Bill could be right about that. Ridge was working on a plot to bring Quinn (Rena Sofer) down and they shared a steamy kiss. It looks like Katie is going to get wind of Ridge’s imbroglio with Quinn and once that happens all bets are off. Katie would like nothing more than to see Brooke lose the name she loves to cheating – after all can you blame her?

When Ridge said he’d do anything to get Quinn out of the family, this isn’t what Brooke had in mind. Bottom line, Brooke and Ridge may not be heading to the altar. Perhaps Brooke will return to Bill and they’ll get their happy ending after all. 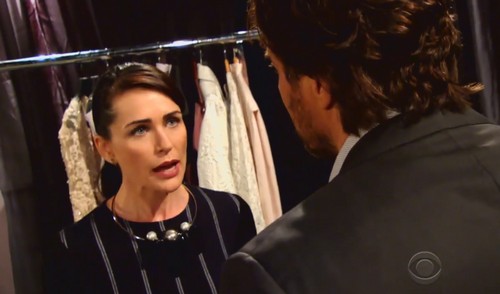 As for the other upcoming wedding, there are a few options. Liam (Scott Clifton) and Steffy (Jacqueline MacInnes Wood) could finally overcome the obstacles. After Steffy’s divorce, they could get married and prepare for a future together. They might have a family on their minds.

Of course, more B&B drama will have to play out first. Liam and Steffy have always had to work hard at love, but it seems to be worth it. Now that Liam thinks Steffy has chosen Wyatt he is preparing to get on a plane on this week’s new episodes, January 23 to January 27. Naturally this could lead to further barriers and complexities for Steam – hopefully Liam doesn’t fly to Paris and bring back Hope! 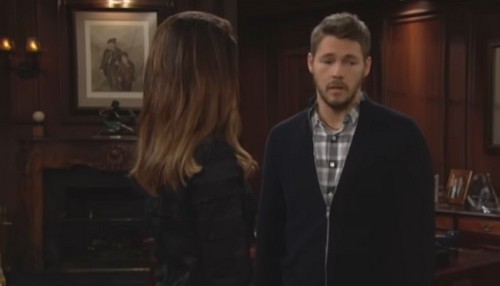 The Bold and the Beautiful has a shocking death in store later on in 2017. A Nicole (Reign Edwards) and Zende (Rome Flynn) wedding might be on the cards if they patch things up. After all, Zende proposed and suggested he would be waiting when Nicole changed her mind. Maybe they could make wedding plans and Sasha (Felisha Cooper) could plot against them. If her scheme went horribly wrong, Sasha could be the one who ends up dead.

This week: Ridge crossed the line, and now his secret with Quinn will rock their world #BoldandBeautiful pic.twitter.com/VZNj9ZM5Og