The Bold and the Beautiful (B&B) spoilers tease that Bill’s (Don Diamont) big plan will bring a flood of guest stars. The latest comings and goings news reveals that Michael Patrick McGill will appear as Alex, the head of demolition. Soap fans might recognize McGill since he’s also served stints on Days of Our Lives and Passions.

As for this Bold and the Beautiful role, the demolition man will help wreak havoc. Bill will rely on Alex as B&B gears up for a huge Friday cliffhanger. The drama will lead to other special appearances next week, so things are heating up! 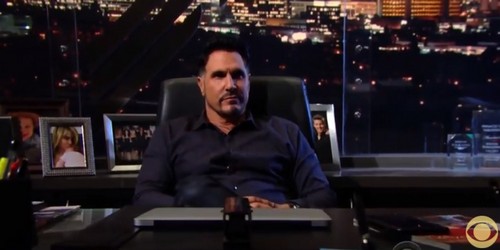 It appears Liam (Scott Clifton) and Sally (Courtney Hope) will be caught in the blast. They’ll manage to escape before the building collapses, but they could need some help with that. The Bold and the Beautiful spoilers say Franco Barberis and Ryan Stroud will arrive as rescue workers. They’ll both appear in the episode that airs on November 6.

November 7 will bring two more guest stars. Innis Casey will play a doctor while Michelle McGinty shows up as a nurse. It looks like Sally and Liam may need urgent medical attention thanks to Bill’s Spectra takedown. Steffy (Jacqueline MacInnes Wood), Bill and the Spectra gang should all be worried sick.

In B&B alum news, Ronn Moss (ex-Ridge) will continue his role as John Blackwell on The Bay. The Amazon Prime drama just kicked off a new season, so it’s not too late to catch up and join the fun. This show features plenty of other former and current daytime drama stars. If you like soaps, you’ll probably enjoy The Bay as well.

In addition to that role, Moss has two new films coming up. He’s featured in Beverly Hills Christmas II, which is set to be released pretty soon. Moss also has a role in Rossi and White, a TV movie that should air sometime in 2018.

Meanwhile, B&B’s current Ridge will have a lot to deal with once Thorne (Ingo Rademacher) hits town. The Bold and the Beautiful spoilers say Rademacher will debut in the role on November 27, so fans will want to tune in. We’ll give you updates as other details emerge. Stay tuned to the CBS soap and don’t forget to check CDL often for the latest Bold and the Beautiful spoilers, updates and news.