The Bold and the Beautiful Spoilers: Next 2 Weeks – Steffy Panics – Katie and Wyatt’s Romance Exposed – Brooke Kicks Thorne Out

BY Heather Hughes on December 16, 2017 | Comments: one comment
Related : Soap Opera, Spoiler, Television, The Bold and the Beautiful 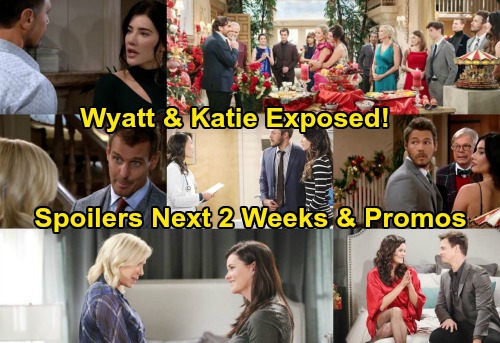 The Bold and the Beautiful (B&B) spoilers for the next two weeks tease that Christmas will bring happiness for some and dismay for others. The week of December 18-22 will come with a bit of bragging. Liam (Scott Clifton) will be over the moon about his impending bundle of joy. The proud papa will boast to Wyatt (Darin Brooks) about his bright future with Steffy (Jacqueline MacInnes Wood).

Meanwhile, Steffy will envision the worst possible scenario. She’ll imagine the consequences of having Bill’s (Don Diamont) kid and it won’t be a pretty picture. The Bold and the Beautiful spoilers say Steffy will be a train wreck as she updates Bill. He’ll insist that Steffy needs to calm down and plan on getting a paternity test. If they don’t seek the truth, their questions will eat them alive. 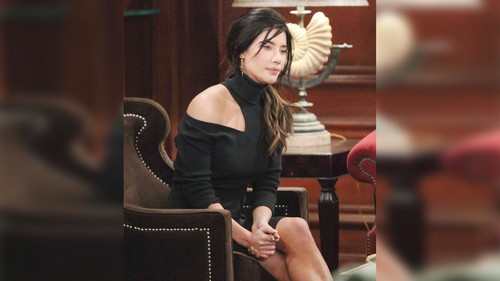 Other B&B spoilers say Brooke (Katherine Kelly Lang) will make a shocking discovery. She’ll find out that Katie’s (Heather Tom) mystery man is Wyatt. Brooke knew Katie had been spending all her time with some handsome fella, but she certainly didn’t think it’d be her ex’s son.

Brooke will suggest that Katie needs to be careful about how she proceeds. She’ll be glad Wyatt and Katie are enjoying themselves, but she’ll offer a warning about Bill’s potential reaction. Later, Katie will don some sexy holiday lingerie and Wyatt will definitely approve. They’ll exchange some Christmas gifts and refuse to let anyone get them down. 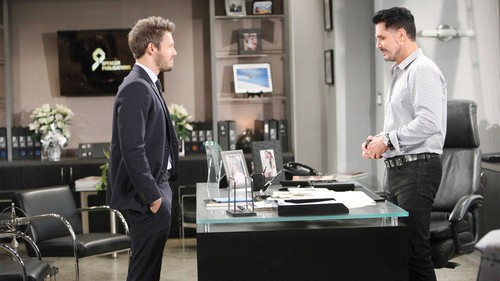 Across town, Liam will meet up with Bill for another chat. He’ll talk to him about the baby and reiterate how thankful he is to have him as a father. Bill’s guilt will grow stronger, but he’ll try to hide his discomfort. Steffy and Bill are facing quite a mess at the moment!

At the Forrester mansion, a swanky shindig will get underway. Ridge (Thorsten Kaye) and Brooke will announce their recent engagement, so everyone will congratulate the happy couple – well, almost everyone. Thorne (Ingo Rademacher) probably won’t even try to hide his anger and disappointment. 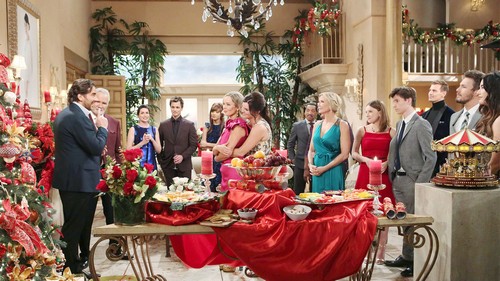 The week of December 25-29 will deliver more fears for Steffy. She’ll need to wait until she’s far enough along for a safe paternity test, so the waiting game will be unbearable. Steffy will try to believe the odds are in her favor. She only slept with Bill once, but Steffy’s had her fair share of bad luck over the years. Whatever happens, Steffy will always regret that fateful night with Bill.

At Brooke’s place, she’ll ask Thorne to find somewhere else to stay. Brooke won’t think it’s appropriate for Thorne to live there now that she’s engaged to Ridge. This request will only make Thorne more determined to break “Bridge” up.