BY Kinsley Goldman on October 27, 2017 | Comments: 2 comments
Related : Soap Opera, Television, The Bold and the Beautiful 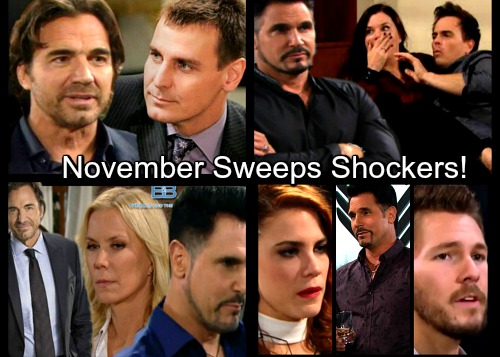 The Bold and the Beautiful (B&B) spoilers tease that November sweeps will deliver plenty of shocking moments. Several characters will face bombshells and the consequences could be brutal! We’ve got the scoop on all the fantastic drama that’s headed your way.

For starters, Sheila (Kimberlin Brown) will lick her wounds and come up with a new scheme. You can’t keep this manipulative woman down for long. Quinn (Rena Sofer) and Eric (John McCook) will let their guards down, which could prove to be a major error. 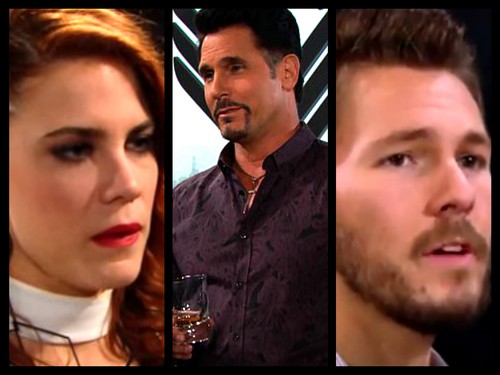 Next, let’s talk about Bill (Don Diamont) and his never-ending rotten streak. The Bold and the Beautiful spoilers state that Bill will play hardball with Liam (Scott Clifton). This father and son will once again clash over Spectra Fashions. Bill will be willing to compromise, but Liam won’t budge at all.

Of course, B&B fans know failure is never an option for Bill. If he can’t convince someone to get on board, he just does what he wants anyway. Bill will plan on destroying the Spectra building, but Liam and Sally will try to stop him. Unfortunately, Bill won’t realize they’re protesting by locking themselves inside. 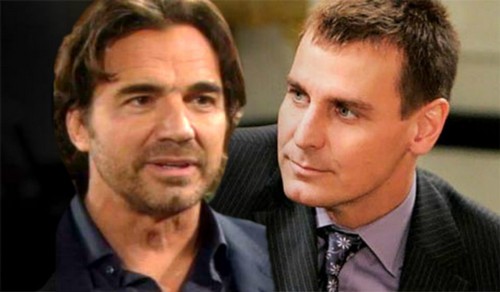 After Bill blows up the building, he’ll reel from the fallout. Ridge (Thorsten Kaye) will take advantage of the continued conflict between Brooke (Katherine Kelly Lang) and Bill. She’ll insist she’s cutting ties with Bill permanently, so Ridge will be hopeful about a reunion.

That’s when Thorne (Ingo Rademacher) will arrive seeking control of everything Ridge loves. There should be some personal and professional battles for these brothers. Forrester Creations and Brooke will become big issues. The Bold and the Beautiful spoilers hint that another love triangle is coming up. 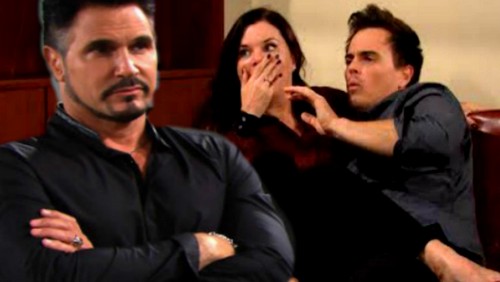 Plus, the news of Katie (Heather Tom) and Wyatt’s (Darin Brooks) romance will spread. It looks like Bill will discover his ex-wife’s relationship with his son, but his reaction should prove surprising. Instead of being outraged, perhaps Bill will simply be amused.

It’d be in Bill’s best interest to keep Wyatt on his side. Liam certainly won’t be in Bill’s corner for much longer. The Bold and the Beautiful spoilers say Wyatt will try to stand by his dad, so we’ll see if they can keep their bond on solid ground.

Finally, Thanksgiving will bring a break from all the hostility. A few wars will be put on hold during the celebration. Holidays are always fun on the CBS soap, so be sure to tune in. We’ll give you updates as other details emerge. Stick with B&B and don’t forget to check CDL often for the latest Bold and the Beautiful spoilers, updates and news.